A ban on boats on waterways in southern San Joaquin County has been in place for more than three weeks. The ban is affecting the people who use the area and the businesses that supply them.

The San Joaquin River is a foot below flood stage. The County says the boat ban is intended --in part-- to prevent waves from washing up on the levees and causing erosion.

"During this time last year, we launched nearly 300 boats and right now, I've launched three due to the Delta closures mandated by the county," says Stephanie Brooks, who owns the Tracy Oasis Marina Resort. "We host bass tournaments and we've had to cancel several of those."

Brooks says a loss of more than $20,000 dollars in income has forced her to lay off her employees.

Michael Cockrell is the Director of Emergency Operations for San Joaquin County. He says reclamation district employees have found erosion and boils throughout this area of the delta.

Boat traffic is prohibited on canals and sloughs north of Tracy and west of Lathrop. Cockrell says another reason for the prohibition is a concern about recreational boaters.

"Levee engineers go on the water to inspect the levees from the water side and what we don't want, or what they don't want is recreational boaters interfering with that aspect, because they do this at night, also."

Five-mile-an-hour traffic is allowed on some waterways west of Stockton. Brooks' marina is not in one of those zones.

Brooks says she hopes for a compromise.

"I told them I was willing to even put up buoys all over Fabian and Bell Canals so all they could do was launch out of my location and go to where it's safer, and even if they needed to go 5mph until they reached a non-5-mph zone, that would obviously help us. At least, I could continue to have fishing tournaments, which is a big source of revenue for us this time of year."

Cockrell says erosion is one concern, as is the amount of debris in the San Joaquin River.

"Trees and sticks and shrubs to other types of debris like plywood and damaged boats, refrigerators. There's a lot of material  out there floating around.  Some of it, you just can't see."

The county is submitting a request for President Trump to declare a federal disaster area. If he does so, some federal aid and programs would be available to help people affected by the restrictions. There is no timeframe for when that might happen. 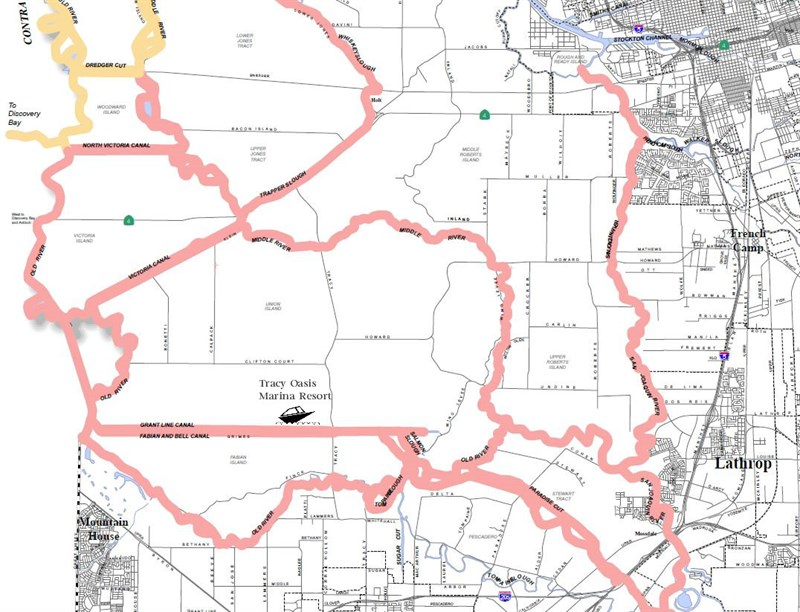