When Soccer Is The Common Language

Glenda Claremon has coached the team for 12 years. She speaks English and just a little bit of Spanish, she says she’s at an intermediate or low advanced level. She also says at the beginning 80 percent or more of the students were Hispanic.

But, five years ago things started to change for this suburban high school soccer team. Because the world was changing.

Four players on this year’s team arrived so recently that they don’t yet speak or understand English. But, language is not a barrier for the coach and her players.

Baraa Al Jumaili arrived in the United States just two months ago. He lived in Dubai with his family for a while after escaping the war in Iraq. Now they are settled in Sacramento, California. He speaks Arabic.

“When I first arrived, I was very nervous but some people helped a little with signals and signs,” says Al Jumaili.

He and his teammates use Google Translate on their cell phones to help them communicate at school. Al Jumaili says the idea came to be during a class when he and another student noticed they were both holding their cell phones. Al Jumaili told him, “You teach me Spanish, I’ll teach you Arabic.”

The players have used this method on the field to translate soccer terms like, “give me a pass,” says Al Jumaili.

Both Al Jumaili and Joel Campos played soccer before coming to Encina. Neither of them had access to grass soccer fields, they played in the streets in Dubai and El Salvador.

“Over there, I only played, like, how they say in El Salvador, very disorganized,” says Campos. “Only in the streets, we didn’t play like this, on a big field.”

Campos also says he didn’t like soccer at first because things were dangerous and complicated in El Salvador.

“But after watching it and playing Playstation, playing FIFA, that’s how I started to like it,” he says.

Both students say they’ve had good experiences at Encina.

“My English wasn’t very strong but specialists and teachers taught me how to speak English and practice,” says Al Jumaili. “They gave me chances to learn.”

Coach Claremon says she was a jock in school and played every sport but soccer. Her father wouldn’t support her desire to become a physical education teacher, so she studied law. When she retired from her law practice, she came to coach at Encina.  She still works as a lawyer but not too many hours.

There are three reasons why Claremon chooses to coach at Encina. And, it has nothing to do with soccer she says.

“One, learn how to set a realistic goal. Two, learn how to work toward that goal, with and without your teammates. Three, how to handle success and failure, winning and losing,” says Claremon.

Then she adds a fourth thing, which she says is the hardest: develop leadership.

“These are kids that always get told what to do...these aren’t kids who have a lot of opportunities. It was really hard to develop leadership [among her players],” says Claremon.

It doesn’t matter how good a coach she is, says Claremon, “you can’t win without kid leadership.”

According to Claremon, the players take those leadership lessons and apply them to the rest of their lives. “They come back to me and say ‘I never thought that we could accomplish this but now I see that if we work really hard we could be a championship team. I can do that in class too now.’”

Claremon requires players to have passing grades in order to stay on the team.

“Every single day I talk to them about their grades,” she says.

Claremon calls herself “the carrot.” She tells the students if they want to play soccer for her, they have to get good grades and have to behave the way they’re supposed to.

“They all want to play,” says Claremon. “So, great. Let’s use it and let’s keep them motivated to keep going.”

Encina Preparatory High School is a Division VI school. The soccer team has made it to the playoffs for the last eight years in a row and they’ve won three Sac Joaquin Section championships in the Sierra Delta League.

Interviews for this story were conducted in Arabic, English and Spanish. Arabic translation by Joanne Serrieh. Spanish translation by Tashina Brito and Vanessa Nelson.

More A Year At Encina Stories 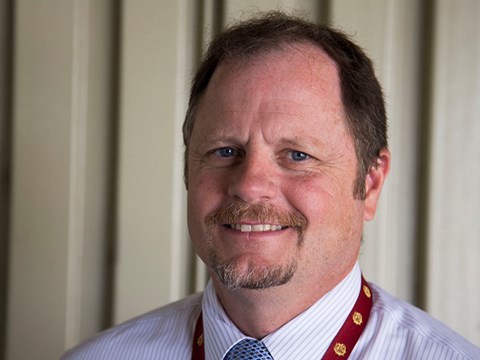 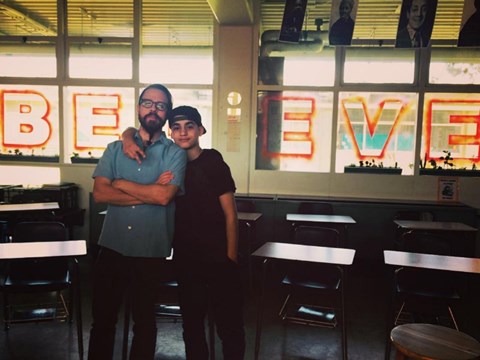 A Year At Encina: Storytelling Project

Art, Journalism And Community Engagement Come Together In 'Passion And Perseverance: A Year At Encina' Exhibit

View All A Year At Encina Stories
We Get Support From:
Become a Supporter