Jazz pianist Joey Alexander is just 13 years old, but he’s already toured some 15 countries with his trio, been nominated for two Grammy awards and was the subject of profiles on 60 Minutes and NPR.

He was the youngest performer ever to appear at the prestigious Newport Jazz Festival and has performed with the Lincoln Center Jazz Orchestra, led by Wynton Marsalis, who has been mentoring Joey and who encouraged his parents to move the family from their native Indonesia to New York City. You can read a lot more about Joey’s amazing story in this 2015 New York Times article and in this 2016 review of “City Lights,” an original composition on his latest CD, Countdown. 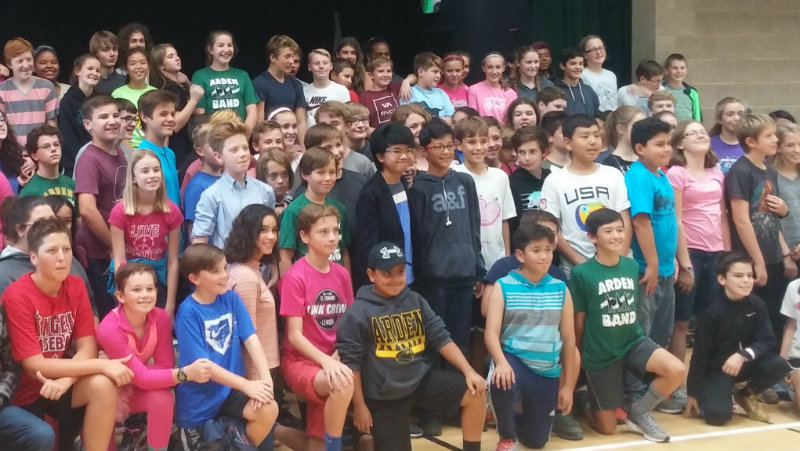 While Joey is getting plenty of attention from adult jazz fans who are in awe of his prodigious talent, we wanted to see how he interacted with kids his own age. So we dropped in on his visit to Sacramento’s Arden Middle School as he took a break from his 4-night, sold out engagement at the Mondavi Center.

The Mondavi Center's Ruth Rosenberg moderated Joey’s session with about 200 Arden band students. Her first question to Joey was “did you want to play a little bit first or talk first?”  Joey asked the audience “Do you want me to play first?”  An enthusiastic “Yah!” was the response.  The students weren’t disappointed.  Joey launched into a rousing version of his catchy composition “City Lights.” 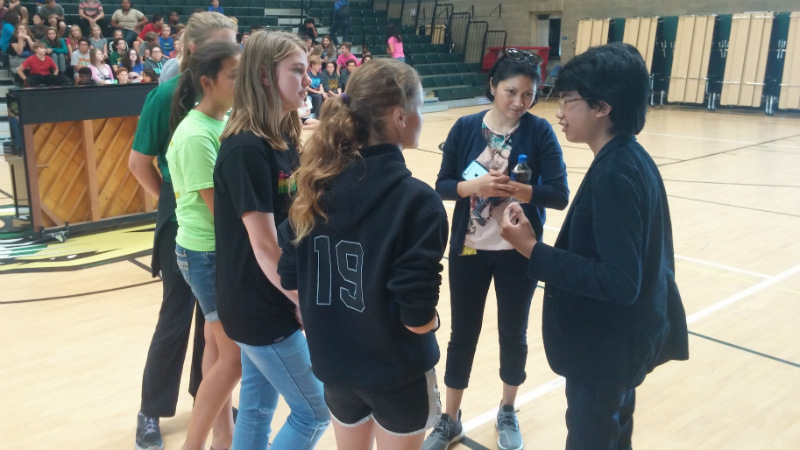 A question and answer session followed. Queries ranged from “Who influenced you the most to play the piano?” Answer: “Thelonious Monk.” To “When you’re on the road what’s your favorite food?” Answer: “I eat burgers, fast food. But don’t eat that too much, though!”

Another student asked about Joey’s interest in other kinds of music. Joey answered that you can turn anything into jazz and he cited Michael Jackson as an example, demonstrating on the piano with an amazing version of Jackson’s tune “Human Nature.”

When I asked Joey about some of his goals as a musician he answered me this way: “To make people feel good. Jazz is special. It doesn’t always have to be hard to play it. You gotta feel the groove.” 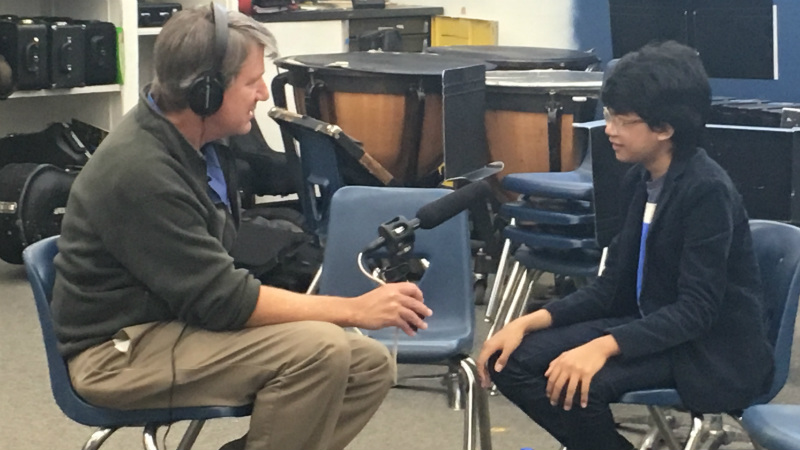 That goes for musicians and listeners alike.  Joey was born with it, and we get to revel in it.