Listen
/
Update RequiredTo play audio, update browser or Flash plugin.
Pilots were practicing and setting up planes for display Friday for the California Capital Airshow taking place over the weekend.

Lieutenant Commander Mike McLaughlin is based at Lemoore Naval Air Station and has been flying the F-18 fighter jet for a decade.

"It's top of the line, state of the art, incredibly reliable," he says. "I've been flying it for ten years and it's always got me home safe."

Lee Frechette has volunteered with the show for all nine of its years. On Friday, he got to land a U-2 spy plane.

"It has great lift, but on the ground, it's kind of hard to land because it doesn't want to stick to the ground, so they pretty much have to get it to a stall," he says.

"There's just so much to see and do, four hours of non-stop action, the grand finale is the Blue Angels," says Brewer. "The Golden Knights are jumping. F-16 is flying. The Canadian Hornet is flying -never seen a paint scheme like that before. It's absolutely stunning. And what's really cool about the air show is these men and women get done flying, they come down on the ground, you get to talk to em, you get to meet [them.]"

One of the show's main draws will likely be an F-35, which is one of the next generations of air force fighter jets. 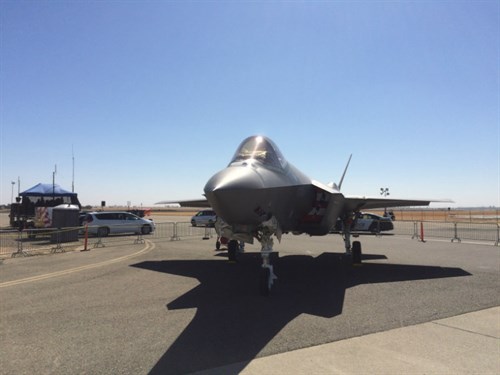 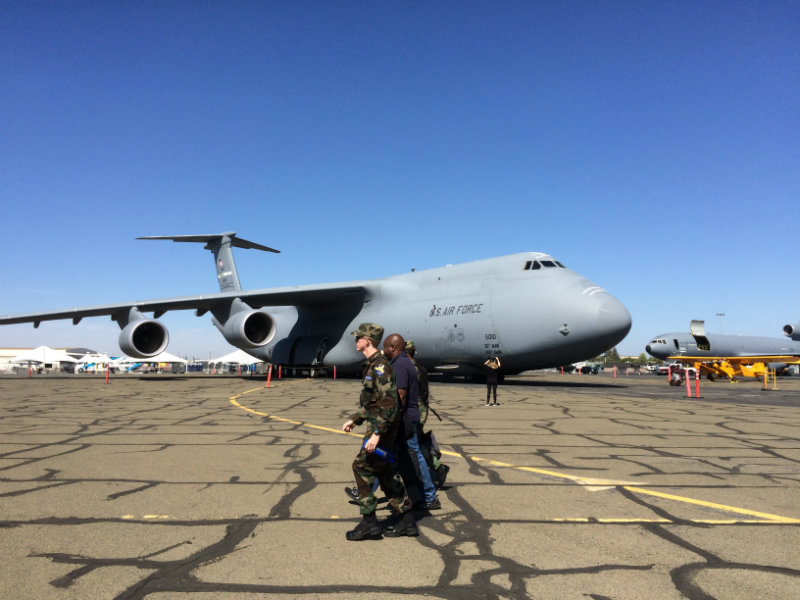 A variety of aircrafts will be featured at the Capital Capital Airshow, including a C-5 cargo plane. Bob Moffitt / Capital Public Radio