Researchers all over the world are working to develop a Zika vaccine. In California, one virologist is using his past success developing interventions for HIV, to help create a drug that would protect babies against Zika infection.

In 1995, research virologist Koen Van Rompay helped to develop what would become one of the most widely used HIV drugs, Tenofovir.

At the time, Rompay was working to find a way to stop mother-to-child transmission of HIV.

What he discovered was a drug that reduced the viral load in the blood when used with other antiretoviral medications.

Tenofovir is also used in a pre-exposure prohpylaxis (PrEP) known as Truvada, which prevents an HIV-negative person from contracting the virus from a sexual partner or someone they share needles with.

“We tested it in some monkeys that we first infected with the monkey AIDS virus and we saw within a few weeks that it was very potent. First, I didn’t believe my own results almost. I was very excited,” he says.

Now, Rompay is using that experience to stop mother-to-child transmission of Zika virus.

Earlier this year, the World Health Organization declared Zika virus a public health emergency of international concern after its rapid spread in Brazil, Central America and the Caribbean. Health officials most notably alerted the public to birth defects in babies known as microcephaly. Women who had been infected during their pregnancy were delivering infants with abnormally small heads and brain deformities.

Around the same time, Rompay says he became interested in what research had been done on the Zika virus in the past.

“When I saw those stories online my first question was I wonder what has been done in monkeys. So, I did a quick search. I only found some ..papers from the 50s…,” he says.

At the California National Primate Center at UC Davis, Rompay and his team have access to more than 4,000 animals, which are mostly Rhesus monkeys, to develop a primate model that could lead to strategies to protect human fetuses and babies against Zika infection. 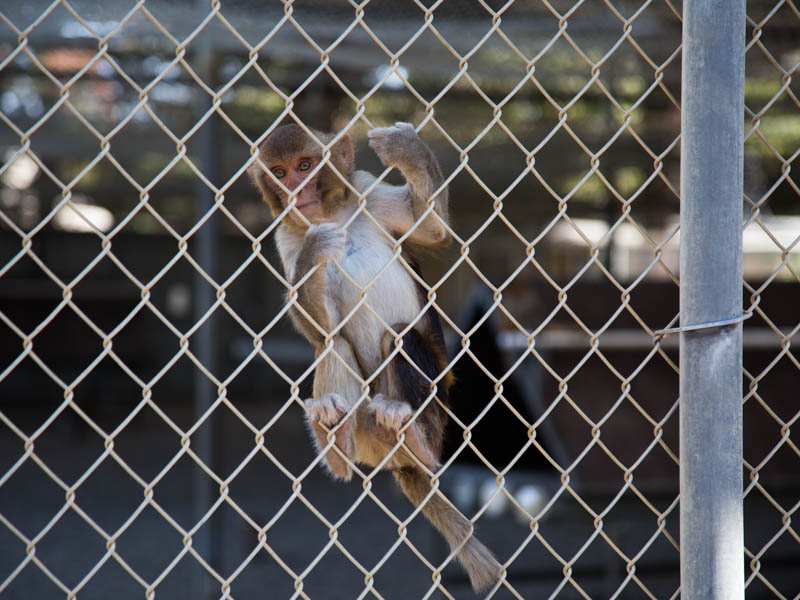 Primates held in this outdoor pen are moved into an indoor quarantine before being infected with Zika, Monday, August 22, 2016. Andrew Nixon / Capital Public Radio

“One of the reasons I’m so eager to do Zika virus research is because I’ve seen with HIV how strategies that we develop in monkeys can really make a big difference,” he says.

Rompay and his team have experimented on 10 Rhesus monkeys for their experiments, so far.

Currently, he and his team are injecting Zika virus directly into the amniotic fluid of pregnant monkeys to find out why early infection seems to have the most detrimental effect on the fetus. One of the fetuses died a week after infection.

“Monkeys are very useful to study Zika virus and many auto diseases because they mimic humans very much. Monkeys have very similar body, the way that the body develops, the way the brain works,” he says. 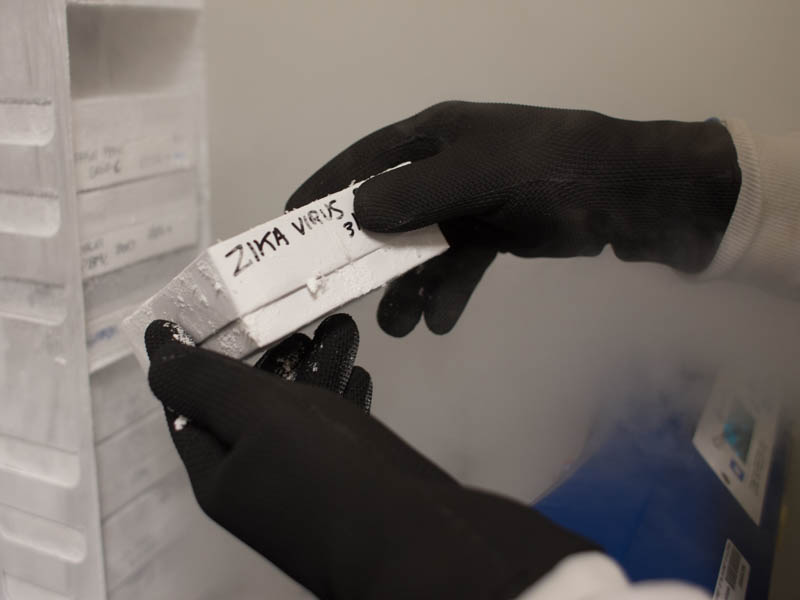 He says a lot has been learned from observing Zika in humans, which leads him to believe developing a Zika vaccine will be much easier to develop when compared to HIV.

“Somebody with HIV infected is infected for the rest of their life and they can transmit it to others. With Zika virus it seems that you have a very acute and once the immune system kicks in it helps to control the virus,” Rompay says.

But there are still questions about how the virus acts during gestation, according to Rompay.

Is it just the Zika virus causing the microcephaly in the fetus, or are there co-factors?

Why have there been so many cases of microcephaly in Brazil and fewer cases in other countries where the virus is also circulating?

What role does Dengue Fever, another viral disease spread through mosquitoes, play in the severity of Zika infection?

"Does that mean that if a woman who first had Dengue Fever, if she then gets infected with Zika virus, does that make her Zika infection worse and may that increase the chances that the virus crosses the placenta and goes to the fetus?" he says.

Rompay says he is in close contact with other primate centers across the country so they can share their findings.

“I hope that all of us together...we’re able to develop a primate model quite fast. That we really get a good understanding of what the direct effect of Zika virus. What are the most critical periods during gestation that pregnant women would have to be the most careful and what are the best interventions," Rompay says.