Sacramento art-lover and midtown resident David Sobon spent a lot of time walking around his neighborhood looking at the blank walls of the alleys. It was on one of these walks when he developed a vision for the spaces between buildings.

“Walking the grid, just looking at the alleys, looking at the streets and seeing some existing murals and thinking there’s a lot more spaces that can be activated,” says Sobon.

That vision was shared with others in the arts community. Through a partnership with the Friends of the Arts Commission and fundraising, the first Sacramento Mural Festival kicked off this week in the central city.

Sobon says after only a few days of painting the public is already engaging with the art festival.

“[I was] driving around on the bike yesterday, just stopping and talking to the families and the kids, and the people looking up in awe at some of these, just gorgeous pieces, of artwork being produced,” he says.

Los Angeles resident Drew Merritt is painting one of those pieces.

The image on Monday morning was mostly grays; Merritt says he’ll be adding color and feathers to the figure’s headdress. The health center provided the photo reference for Merritt’s work. The figure is Kaijah Rae Robertson, a member of the Chemehuevi Indian Tribe.

“Very rarely am I OK with painting someone else's photo reference,“ he says. “It kind of takes away the magic of it, because then you’re kind of like a printer… but having said that, the photo reference they sent me was so strong and so beautiful I was like ‘yeah, this time I’m going to make an exception.‘”

Merritt got his start painting graffiti, but kept getting in trouble for his art.

“Whenever I got in trouble as a kid, the lawyer that I hired for my graffiti cases when it came time to pay him he was like ‘well my wife wants to have a mural in my kid’s room’,” says Merritt. “From there I just started doing more canvas works... large scale murals, commission work, and now I do primarily gallery work — different stuff all over the world.”

But Merritt always makes time for mural festivals; he says these sort of events can spur momentum around public art.

“The first year, people are a little skeptical... by the next year, everybody wants to get involved. It just grows really quick, and it’s something that’s really cool for the community,” says Merritt.

Sobon says buildings will now be known for their art.

“[The murals] create a space for people to gather, for people to do things,” says Sobon. “I think it’s going to turn buildings into landmarks.”

The artists will continue working until Aug. 27 when the festival wraps up with an art party, which will benefit arts education. 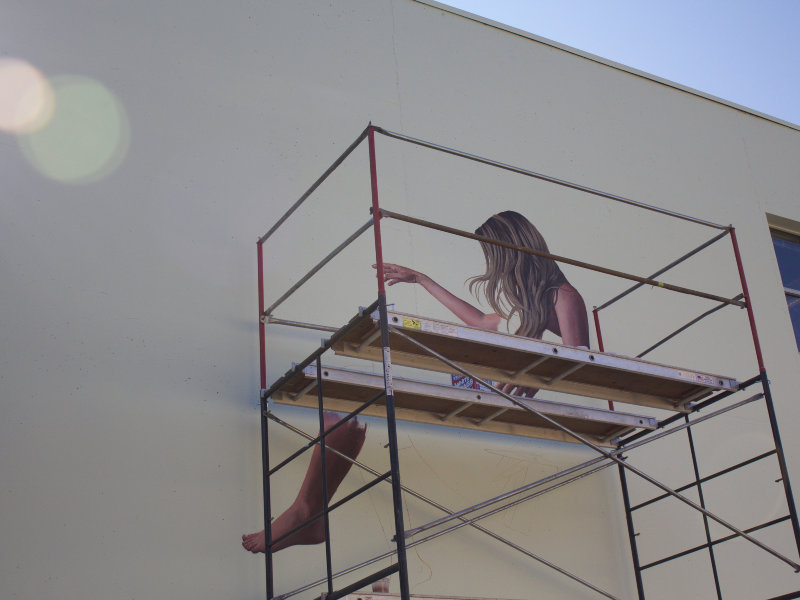 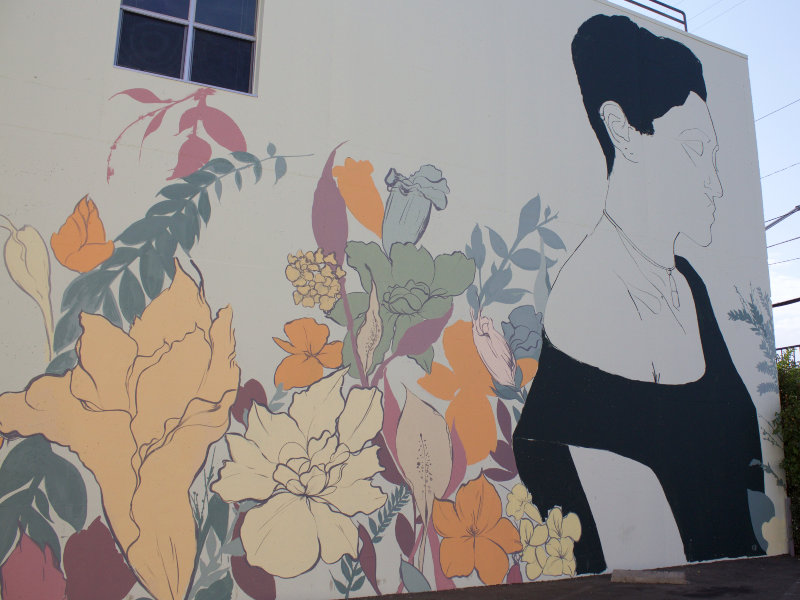 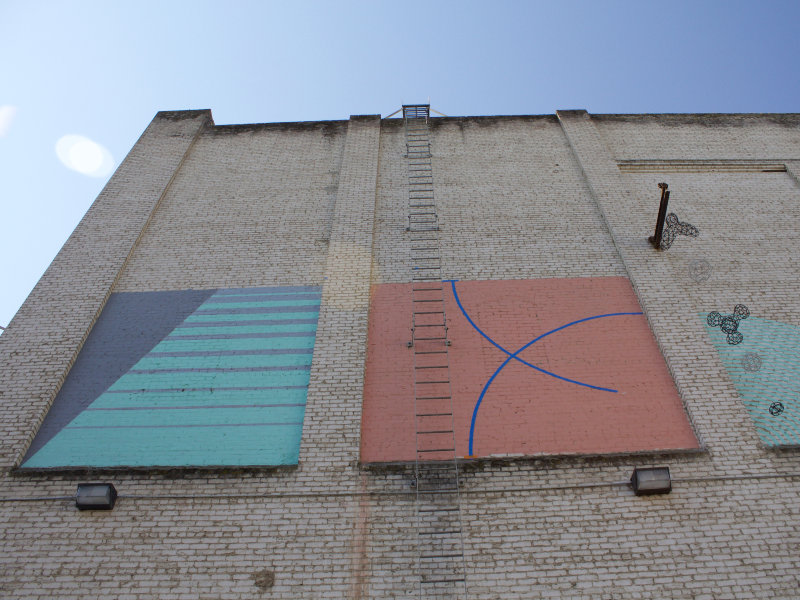 Jake Castro's piece on the back of the Crest Theater. Malak Habbak / Capital Public Radio

Murals In Process (via Social Media)