The effort to mobilize voters to go to the polls is a grueling process. Over Spring Break, the Sacramento State Civic Engagement Center took high school and college students door-to-door to register voters in one of Sacramento's historically low voter turnout neighborhoods.

Take a walk with some of the students. 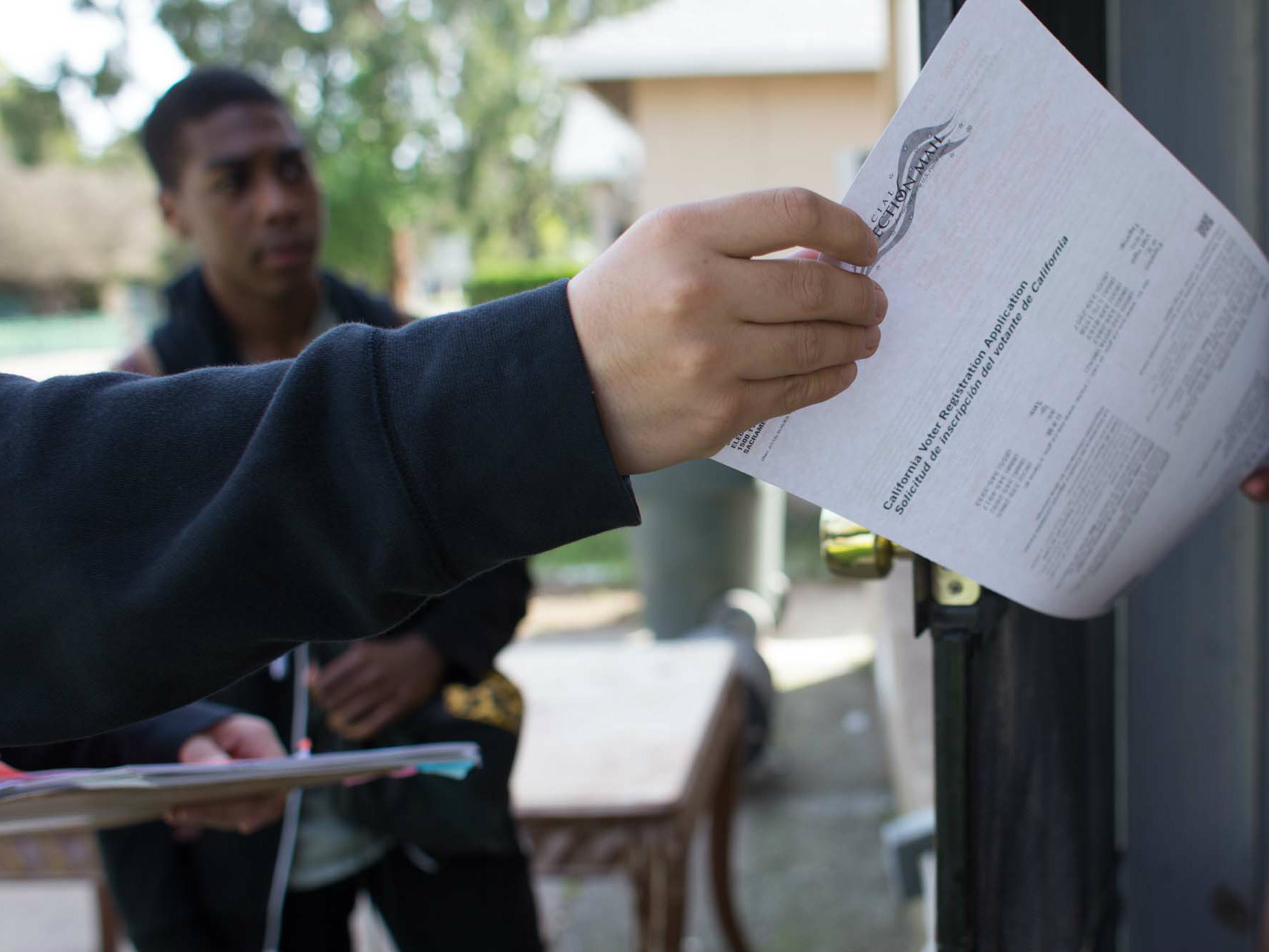 Myles Cobb, a high school senior, walks down a residential street in the low-income Sacramento neighborhood of South Oak Park. He and other students knock on doors.

"The alternative would be for me to be at home and be really bored, but this is kind of like an adventure," Cobb says.

It's slow-going. Sometimes there's a peek at the window, but no answer. The students leave door-hangers with information about how to register and vote. 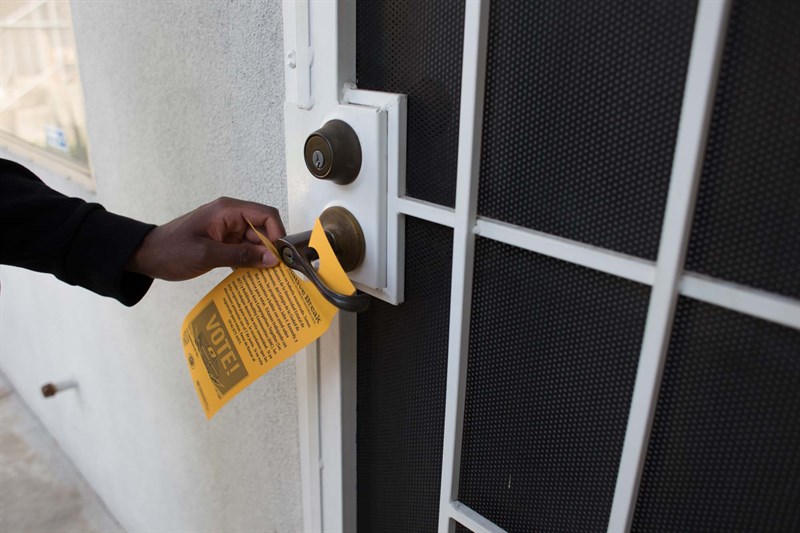 Student volunteers leave reminders for residents to register to vote in the June primary while canvassing in South Sacramento on March 24, 2016. Andrew Nixon / Capital Public Radio

"It’s just kind of interesting to see how reluctant people are to hear what we’re trying to offer them," Cobb says. "I see myself in that situation. I probably wouldn’t have opened the door. So it’s kind of funny to see it from the other end."

Cobb has experience canvassing to register voters. He's volunteered for two local political campaigns when his mother worked for them as a social media specialist.

He is thinking about pursuing a career in politics.

"I think that there’s a lot wrong with our systems right now," he says.

He mentions the drinking water in Flint, Michigan and a widening income gap, and he gestures at the houses around him where few people vote. 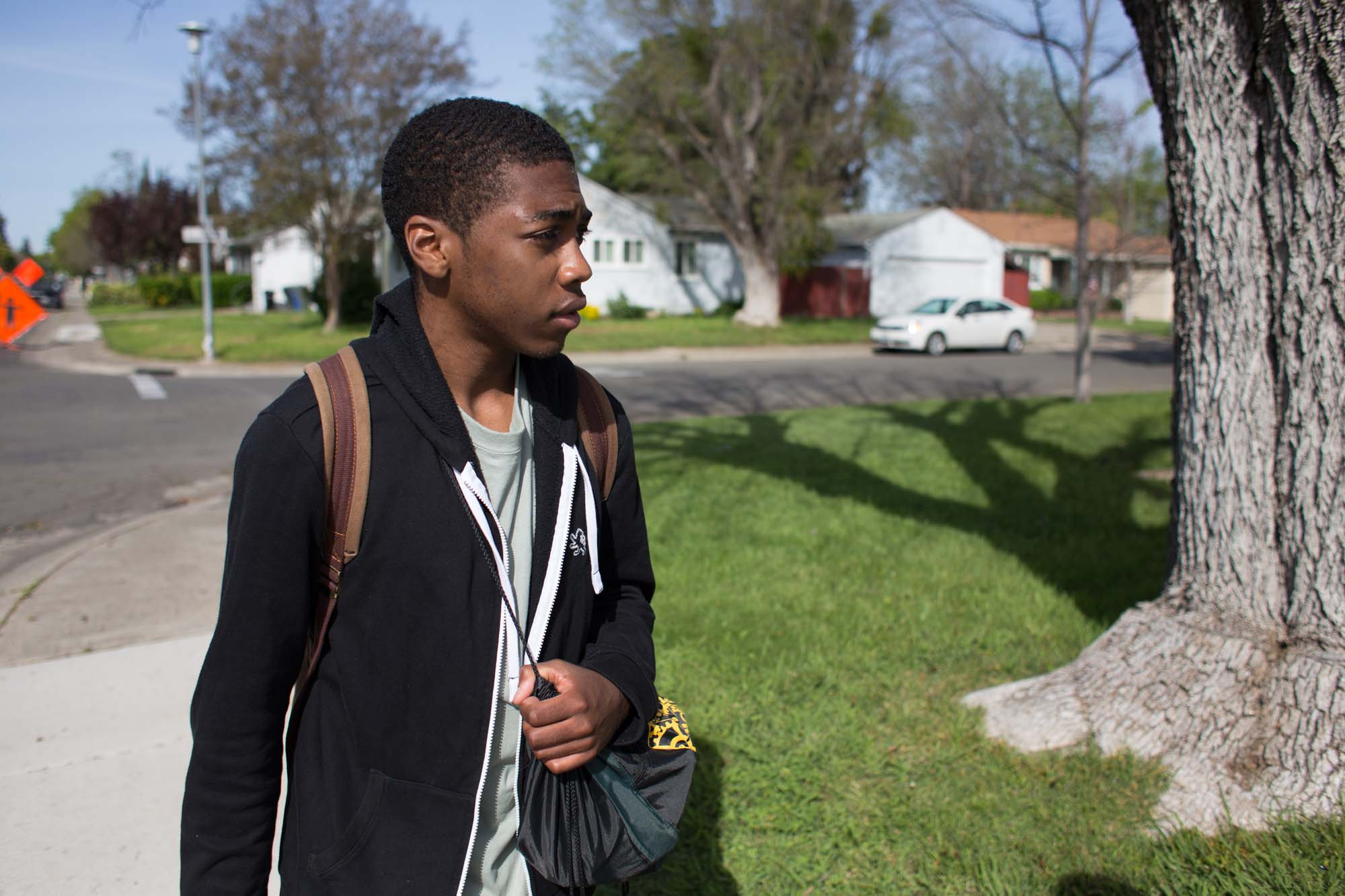 Before the students canvas the neighborhood, Gabby Trejo with Sacramento Area Congregations Together gives the students a quick primer about the elections. 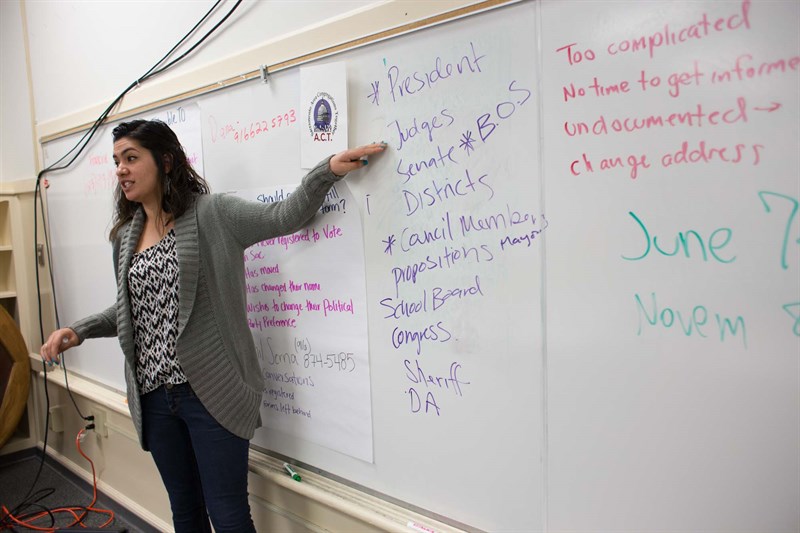 "I think that [the students] learn that this is quite a challenge," she says.

Language barriers are just one of the many challenges the students encounter when trying to communicate with residents.

And then, there are the barking dogs.

"The dogs seem like they're progressively getting bigger and angrier," Cobb says. 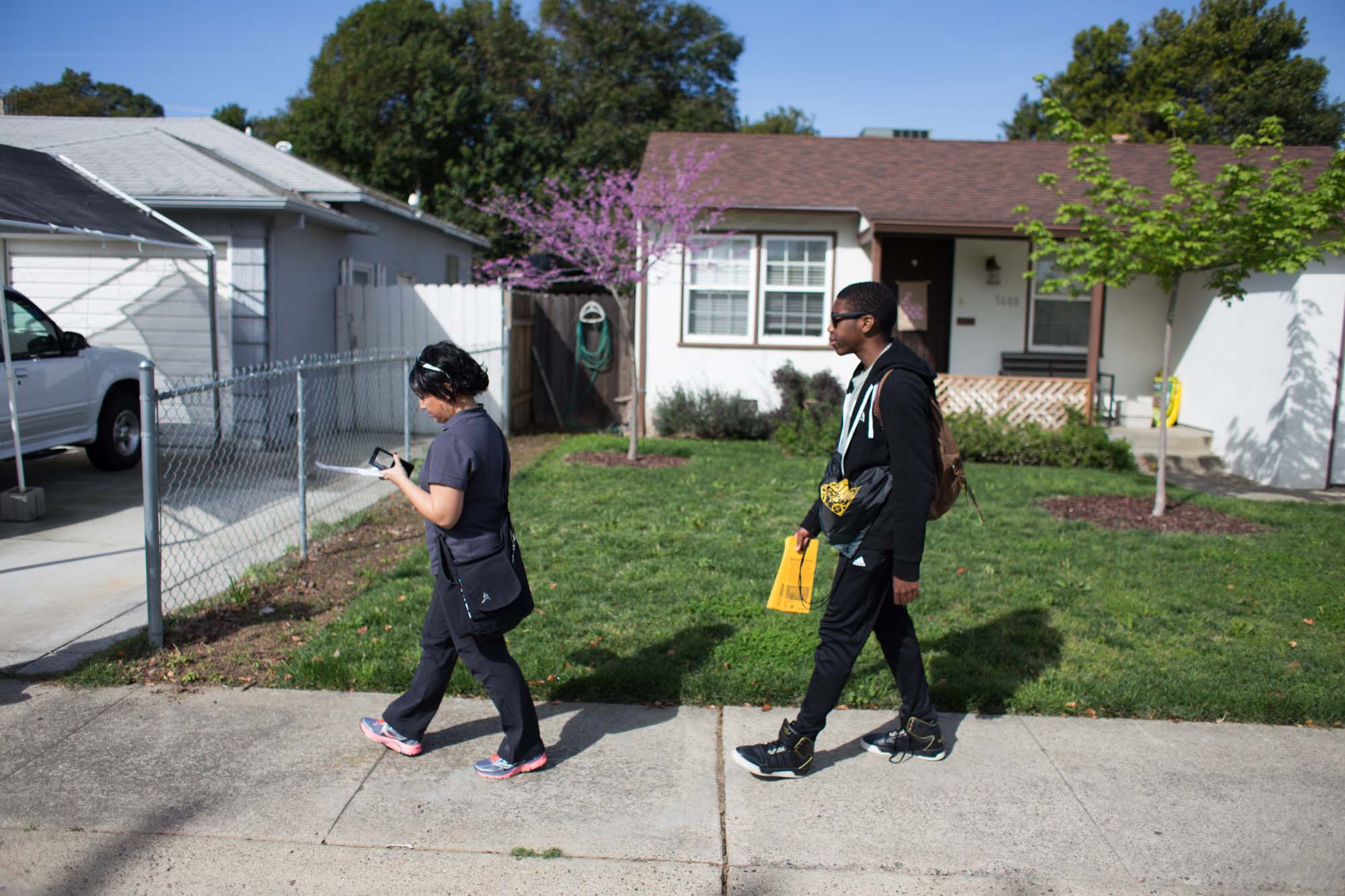 Kivel set up the voter registration drive and says it's as much about educating the students who participate.

"They got to be in a community they otherwise wouldn’t know existed," Kivel says. "They learn about the issues related to that community, and they got to go door-to-door canvassing."

Over the course of the Sacramento State's Civic Engagement Center program, 99 students spent a week knocking on over 700 doors in South Oak Park, registering 37 new voters.