Right now it's not hard to buy pot legally in California: $40 and a trip to the doctor, and you have yourself a prescription for medical marijuana, which you can use to treat things like back pain and anxiety.

But a campaign is underway to make pot legal for recreational use. Supporters are gathering signatures now to put an initiative on the November ballot, asking California voters if pot should be fully legal, like it is in Colorado, Oregon and Washington.

Those signatures are for the Control, Regulate and Tax Adult Use of Marijuana Act (AUMA). It's likely going to be the initiative that makes it to California's ballot, according to Beau Kilmer, co-director of the RAND Drug Policy Research Center. So far it has more traction than the other marijuana-related initiatives being circulated. It's been endorsed by notable marijuana advocacy groups like NORML and has received significant financial support from Napster's Sean Parker, who donated $1 million to the campaign.

So, what'll actually change if it comes to pass? Here's what you need to know:

Would I be able to buy pot in a supermarket?

"If adult legalization passes in California in November, you’re not going to be able to walk into a supermarket in December and buy a joint," said Kilmer. People 21 and older would be able to walk into licensed retailers and buy marijuana without a prescription. When those retailers could open up is unclear.

But where you could buy marijuana would still depend on what city you're in. Currently, individual cities can decide whether or not they allow medical dispensaries to set up and sell pot. Some do, and some don't. The ones that don't — for example, Pasadena — can continue to outlaw marijuana shops, even if recreational weed becomes legal statewide. People living in cities where pot shops are not allowed could still have it delivered to their door, or they could simply travel to another city to buy it.

Pot could remain a cash business, as it has been, said Kilmer, because marijuana is illegal under federal law, and banks are federally-regulated. In order for that to change, there would have to be changes at the federal level. In other states that have fully-legalized marijuana, pot shops continue to be mostly cash businesses.

Would there a limit on how much marijuana I can possess?

Yes, 28.5 grams, or a little over an ounce of marijuana, in plant form. If it's in the form of a concentrate, the limit is 8 grams. Since people can legally cultivate up to six plants on their property, they could end up with more than 28.5 grams of harvestable marijuana. In that case, no more than the maximum possession amount can leave the property at one time.

Would everyone be smoking in public?

Not legally. The same restrictions (and then some) would apply to marijuana that apply to tobacco. There would be no consumption allowed in public spaces, in schools or in businesses, unless the businesses are licensed to allow that type of activity. It'll also continue to be illegal to operate motor vehicles under the influence.

How could legal marijuana be different than what's currently out there?

It would be much more regulated, as the entire infrastructure would be tracked from seed to sale. Consumers would know where their product came from, what products were used to grow it and how much THC (the psychoactive chemical in pot) exists in what they buy. All of that information would have to be included in an ingredient list on the pot product. Manufacturers would also have to include whether the product was made in a facility that also processes nuts.

There would also be a required legal warning on marijuana packaging, as there is on cigarette packs. The state would know who's producing, selling and manufacturing marijuana and marijuana products, as licenses are going to be issued.

How could things change for companies that are already manufacturing marijuana products?

Some believe that legalization could bring more legitimacy to their line of work, and that as a result, they'd sell more of their product.

Michael Lewis co-owns a company called Sprig, which manufactures THC-infused soda and sells it in medical dispensaries in California. He said that the increased regulation would be good for his business, and for the industry as a whole.

It's the legitimacy that he's after. He's already manufacturing his soda in a large-scale bottling plant and designing the can so to look like any other that you'd find in a grocery store. It looks professional.

Currently, no matter how hard he tries, he said, he can't get away from certain legal grey areas. For instance, he has to procure THC syrup from his “guy” in Northern California.

"He does operate a pretty clandestine business... There are some people in the state that have poked their head out of the fox hole. It’s generally not a good idea in my opinion."

If recreational pot is legalized, Lewis thinks he’ll be in a good position to take advantage of the new market. Getting pot syrup would be in a little bit less of a grey area and some companies that have been uncomfortable working with him might change their mind.

He anticipates his company’s sales will jump from about 15,000 cans a month to 75,000 as more shops open and pot use becomes more socially acceptable.

Would this whole thing make California any money?

In 2014, dispensaries in California brought in about $570 million, which resulted in about $49.5 million in taxable income. A state report estimates that if recreational marijuana is legalized, it could bring in more than $1 billion in taxes statewide. That money could be used to study the impact of marijuana use, drug use prevention and social welfare programs.

Oregon, Colorado and Washington have all seen an increase in tax revenue as a result of legalization. 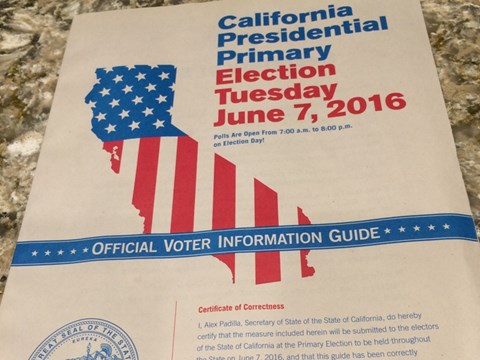 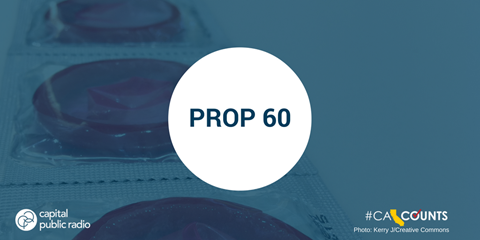