UPDATE 11 p.m.: (AP) — A glass ceiling is shattering at the Democratic National Convention as Hillary Clinton ascends to the nomination with Tuesday's roll call of the states, making her the first woman to lead a major party into a White House race.

But as history is being made, hostility is being heard, too. Rhetorically, at least, die-hard Bernie Sanders' supporters also are breaking some glass, loudly protesting his treatment by the party and still cold to Clinton even as Sanders appeals for Democrats to unify and defeat Republican Donald Trump, whom he calls "a bully and a demagogue."

What was expected to be a tightly orchestrated convention instead showed its rough edges in the early going, starting with chants of "Bernie" during the opening invocation and boos at numerous mentions of Clinton's name.

First lady Michelle Obama gave a heartfelt endorsement of the candidate who engaged her husband in a fierce struggle for the nomination in 2008.

Liberal favorite Elizabeth Warren, senator from Massachusetts, and Sanders himself also gave the party something to cheer about Monday night.

UPDATE 7 p.m.: The Democratic National Convention has showcased the challenge party leaders and the Hillary Clinton campaign face in bringing Bernie Sanders' most ardent supporters into the fold. But California delegates pose an extra challenge

Sanders delegates were already booing the mention of Hillary Clinton and her vice-presidential pick Tim Kaine at the California Democratic Party Breakfast--as they would throughout the day and on the convention floor--but they had a special jeer for Secretary of State Alex Padilla.

The crowd is chanting "Count the Vote" so loud it's hard to hear Padilla in the room.

"All right, if you all will settle down, we will address your questions, and I will explain how the ballots and the votes have been counted," says Padilla.

It's counties, not the Secretary of State, that tally votes, and there's no evidence of widespread voter fraud. But rumors have swirled among Sanders supporters that Clinton somehow rigged the election.

She stole this election, and there's no way I'm going to hand her my vote," says Los Angeles delegate Miguel Zuniga. "She never earned it. She burned my vote, and I'm going to keep Bernie. And the revolution continues with or without Bernie."

Secretary of State Padilla says he was caught off-guard by the chants.

"I don't know where it stems from, all I know is that we run a very open and transparent process," he says. "Every county elections division as they're receiving ballots and counting ballots is open to the public for monitoring and review.

It took six weeks for the state to go through all the mail-in and provisional ballots and certify the numbers. When media outlets projected results on election night, there were still millions of ballots outstanding. Padilla thinks that incongruity has helped breed distrust of the results.

Regardless of the reasons, it will be hard for the Clinton campaign to attract California voters who think she stole the election.

The senator spoke at the Democratic National Convention in Philadelphia today.

He rattled off what he views as California’s accomplishments in recent years, from raising the minimum wage to making child care more affordable.

“These are the progressive policies that have made California the sixth-largest economy on Planet Earth," de León says to applause. "And my friends, this is how Democrats govern. And when Democrats lead, everyone has a shot to succeed.”

De León addressed the convention along with Democratic legislative leaders from two other states: the Oregon House speaker and the Georgia House minority leader.

Bradford Checks In From The DNC Day 1

UPDATE 12:30 p.m.: There was no unity for the California Democratic Delegation, as they gathered for the first time at the national convention today. Sanders supporters derailed speakers at the delegation's breakfast with chants of "Bernie."

Kacey Carpenter, a Sanders delegate from Mountain View says his job is to support Sanders until the nomination process is over, even though the Vermont Senator has endorsed presumptive nominee Hillary Clinton.
"They voted for Bernie, and so for them to see that this process is over before it even starts, that's why we want to make sure we complete the process. We got to go through the process, every vote counts," says Carpenter.
Sanders again called on supporters to vote for Clinton this afternoon. Delegates will officially vote on the nominees tomorrow night.

UPDATE 11 a.m.: Bernie Sanders' midday speech during the first day of the Democratic National Convention was greeted with cheers and jeers.

Sanders maintained his call for $15  per hour minimum wage and the end of TPP. But when he talked about defeating Donald Trump and electing Hillary Clinton and Tim Kaine, many booed while others cheered.

Sanders will speak again Monday evening. First Lady Michelle Obama will also be a speaker on the first night of the convention.

At an opening breakfast event for California delegates, mentions of Hillary Clinton or Tim Kaine were met with loud boos.

Ben Bradford Reports From The DNC

Original Post: California had 175 delegates in Cleveland — the largest contingent of any state. In Philadelphia, it will be more than 500.

Soller says it’s a logistical challenge to coordinate all of those delegates and party leaders.

"We’re moving a lot of people all the way across the country to come to this," he says.

Each delegate pays his or her own way; the party estimates it’s a roughly $4,000 expense. Most will stay in a downtown hotel, and in the mornings hear from political leaders, including Senator Barbara Boxer, House Minority Leader Nancy Pelosi, and Lieutenant Governor Gavin Newsom. Governor Jerry Brown leads the delegation.

Now, the Republican National Convention had its wild card moments, including a vocal minority of delegates attempting to choose another nominee besides Donald Trump. While few expect the DNC to be as lively, about 45 percent of California’s pledged delegates will not be voting for presumptive nominee Hillary Clinton. Bernie Sanders supporters have their own agenda, says delegate Bill Honigman.

"If he’s not getting the nomination, how much can we get otherwise, in terms of the platform? That’s what we’re all here to find out, and we are going to push on it," says Honigman. 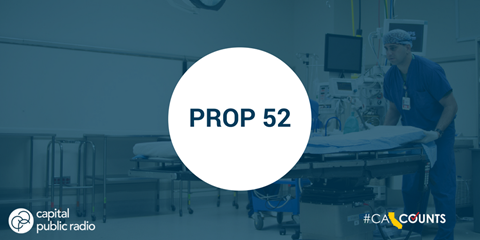 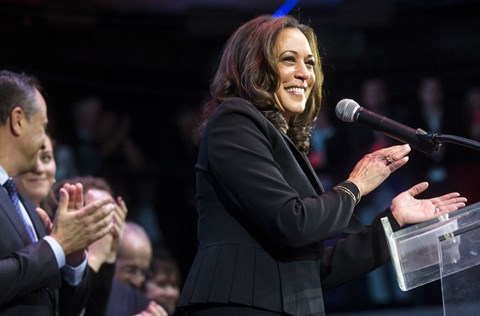