DWR: Snowpack at 136 Percent Of Average At Phillips Station

UPDATE: 4:19 p.m. - Water in California’s snowpack is nearly double what it was a year ago. The first manual snow survey brought encouraging news after four years of drought.

State surveyors are snowshoeing through 4.5-feet of snow at Phillips Station in the Sierra Nevada. Water in the snow here has been measured manually for the past 50 years. This time Frank Gehrke with the California Department of Water Resources measured 16 inches of water in the snow.

“We’re at 136 percent of its long term January 1 average, which is encouraging but still obviously not where we’d like to be," says Gehrke. 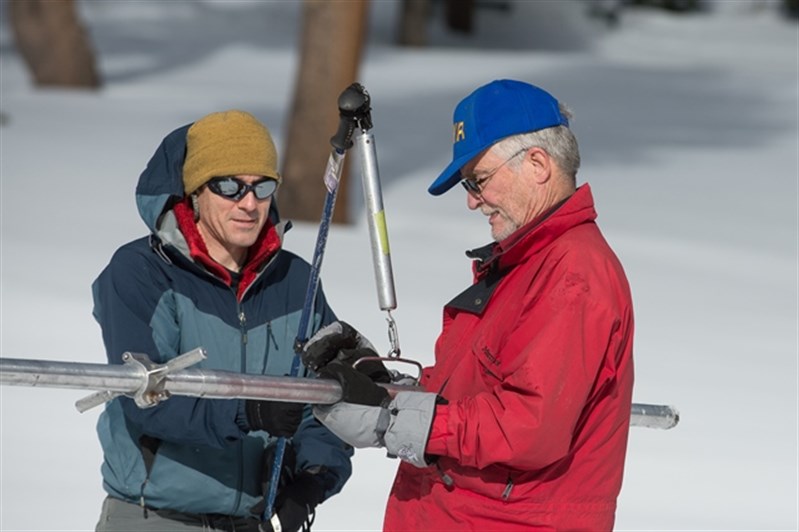 “The big years, the years that really contribute to the snowpack, we had significant storm activity through May and that really is what it will take to really get good reservoir recovery.”

Statewide electronic readings show 10 inches of water in the snow, which is still above average.

The state's largest six reservoirs hold between 22 percent and 53 percent of their historical average. Lake Shasta, California's largest reservoir, is 51 percent of average. 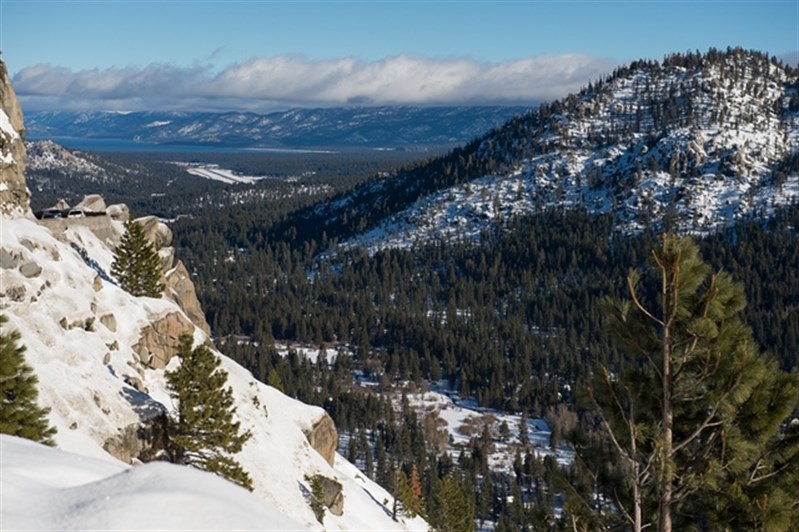 UPDATE 11:46 a.m. - The California Department of Water Resources say the Sierra snowpack at Phillips Station is at 136 percent of average for the month of January.

Capital Public Radio's Amy Quinton is at the snow survey and will have more information Wednesday afternoon.

Manual snow survey at 136% of normal for January at Phillips Station. 16.3 inches of water content. pic.twitter.com/hArmG4vLUC

They say the survey on Wednesday follows an electronic measurement last week that put the water content of the snowpack at 112 percent of normal for this time of year.

More snow has fallen since then, bringing the level on Tuesday to nearly 120 percent in the Central Sierra, which includes Lake Tahoe.

Still, state water managers say it's too early to declare an end to four years of punishing drought.

They say they'll feel more confident if the April 1 snowpack is 150 percent of normal and depleted reservoirs reach normal levels.