Block By Block: New Method Of Apartment Construction In Sacramento

A new apartment building is going up in downtown Sacramento in a way never before seen in the city.

There's not a lot of hammering on site of the new EVIVA Midtown building at 16th and N Streets. That's because each of the apartments is put together in Idaho and trucked to Sacramento.

Marc de la Vergne of the Capital Area Development Authority says a 250-ton crane lifts each of the 118 units into place.

"The tolerances on this are very tight. So the factory has built the modules to an exact size and so it's all been pre-planned how they're going to be connected together."

The first floor of units will be bolted to the concrete. The higher stories will be attached to other units with straps and clips.

De la Vergne says this is the first apartment complex to be built in Sacramento using prefabricated units.

Construction on the units began in July in Idaho. Installation is expected to be complete by next May.

Below the apartments is 5,195 square-feet of retail space and an underground garage.

This is the fourth site on 16th Street to be developed with the Capital Area Development Authority in the last year. 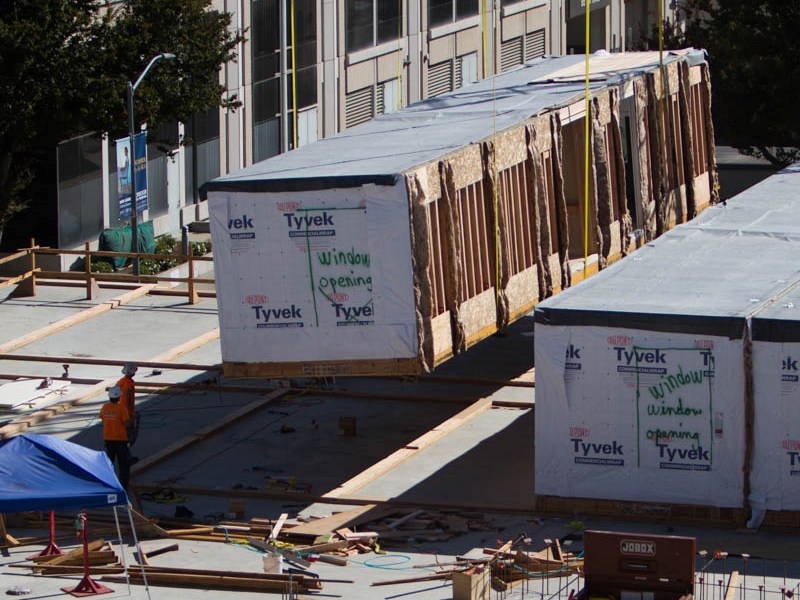