A pile of rubble now stands where one of the Century Theatre domes stood just a week ago. While construction crews clear away the old to make room for the new, some modern-design advocates are looking for ways to save what's left of the space-age buildings.

On the corner of Ethan and Arden Way in Sacramento, the dome theater complex has been screening movies since 1967.

The complex was designed by Vincent G. Raney.

“They were designed for Cinerama – a specific film format," says Gretchen Steinberg, president of SacMod.org. SacMod works to protect modern art and design in the Sacramento region.

Raney designed many theaters for Cinerama in the dome fashion -- a total of 46 theaters to his name, both indoor and drive-in. Only eight theaters are still showing movies.

RELATED: Map Of All Raney's Theaters 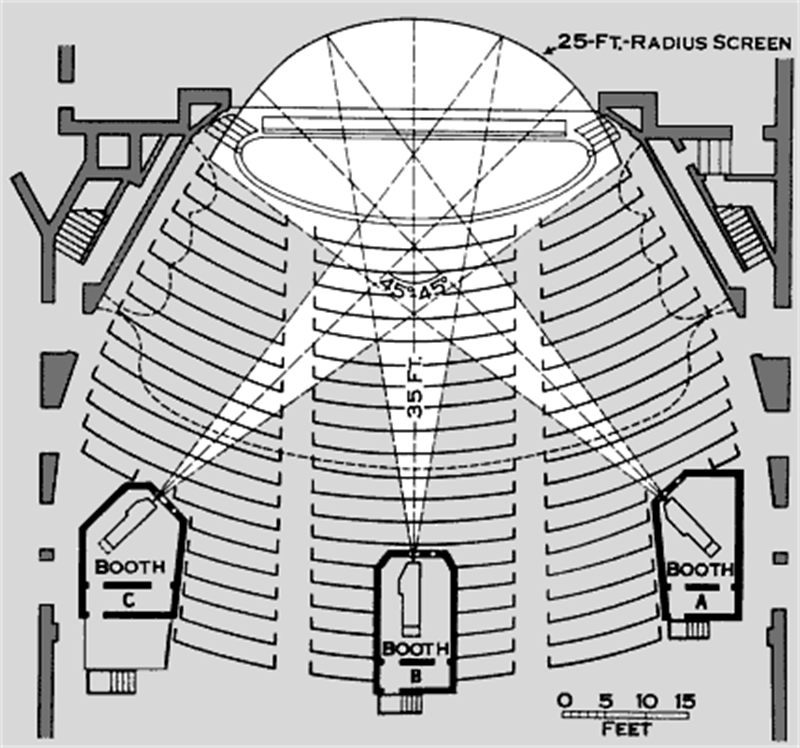 Cinerama used three different projectors for a wide-screen experience. However, operating Cinerama theaters proved too cumbersome and not as cost-effective as having several smaller screens. Andyj / Wikipedia

The round buildings accommodated wide-screen, multi-projector film screenings. Due to the many drawbacks of having three separate projectors needing to be lined-up perfectly to screen a film, Cinerama gave way to more economical models.

“It was monetary,” says Steinberg. She says the theater company divided the large domes into smaller partition areas in order to show more films in the early 1970s.

SacMod posted about the demise of the dome on Facebook earlier this week.

The Century Domes at Ethan and Arden Way were designed by Vincent G. Raney. Sad to report the northern dome (old-timers...

The post elicited more than 50 comments -- most lamenting the loss of the interesting building and reminiscing about seeing Star Wars there in 1977.

Jesse Skeen posted this: "There needs to be an effort now to save and restore the Century 22 complex, which is still operating. If that doesn't happen, we need to make it known to the owners and Cinemark that we will not patronize the new theater if its screens are smaller than the original ones!" 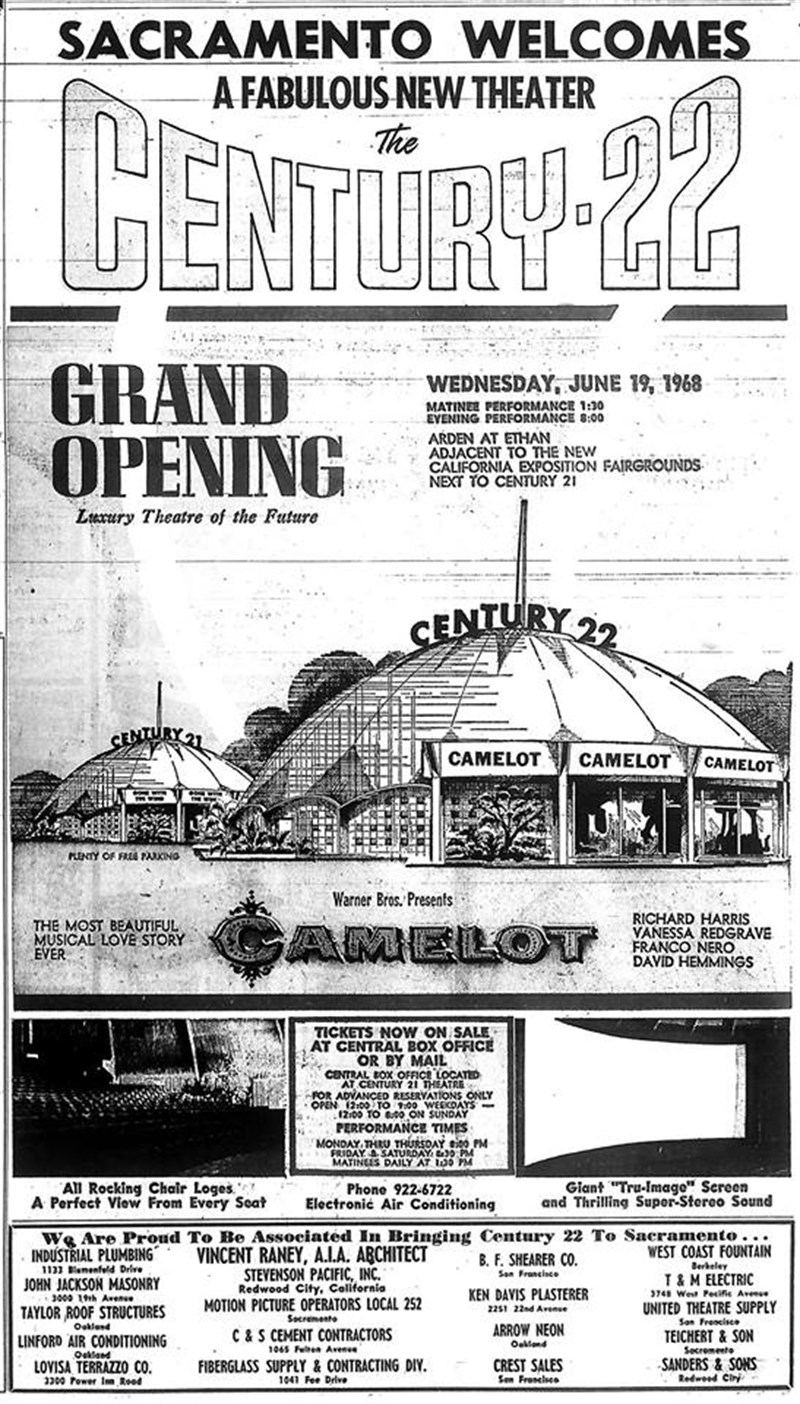 An advertisement for the theaters when they opened in 1967. Courtesy SacMod.org

Richard Herrera is working on a petition to save the last remaining dome structures on Ethan Way, which consists of one large dome and a few smaller ones jutting off to the side.

“I think they should be saved and restored to the original designed," says Herrera. "They’re iconic landmarks.”

The company that owns the theaters, Cinemark, did not return our request for a comment as of Friday afternoon.

Raney's first dome theater was built in San Jose in 1963 and has been declared a historic landmark. Herrera hopes something similar can be done for the remaining structure.

RELATED: The Rise And Fall Of Silicon Valley's Dome-Shaped Theaters 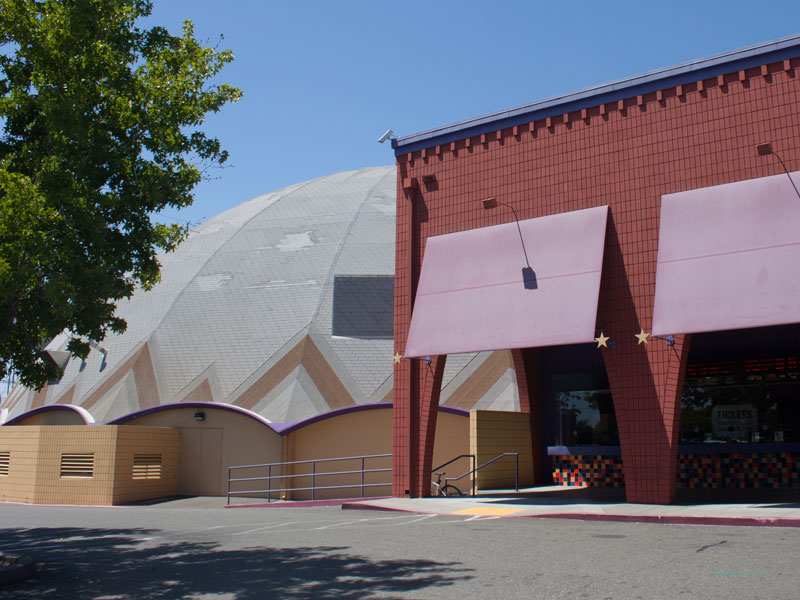 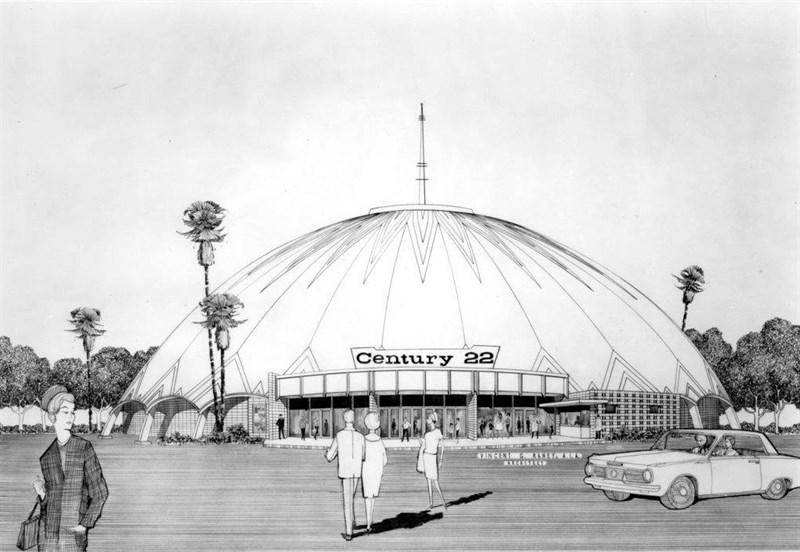 An original architectural drawing by Raney for one of his Century dome theaters. (Vincent Raney / Jean S. and Frederic A. Sharf Collection at Museum of Fine Arts, Boston)