The California drought is not only making fire season longer and more dangerous, it’s making fires harder to fight. Low water levels mean there may not be enough natural supply to fight fires. And that means firefighters have been forced to be creative.

It’s an early Saturday morning in rural Yuba County, about an hour north of Sacramento. Off the main highway, down a dusty, dirt road a group of fire trucks sits parked near several farm houses. The firefighters are clustered around two, square plastic pools, about three feet high, held up by metal frames. Another truck backs up and releases thousands of gallons of water into one of pools. 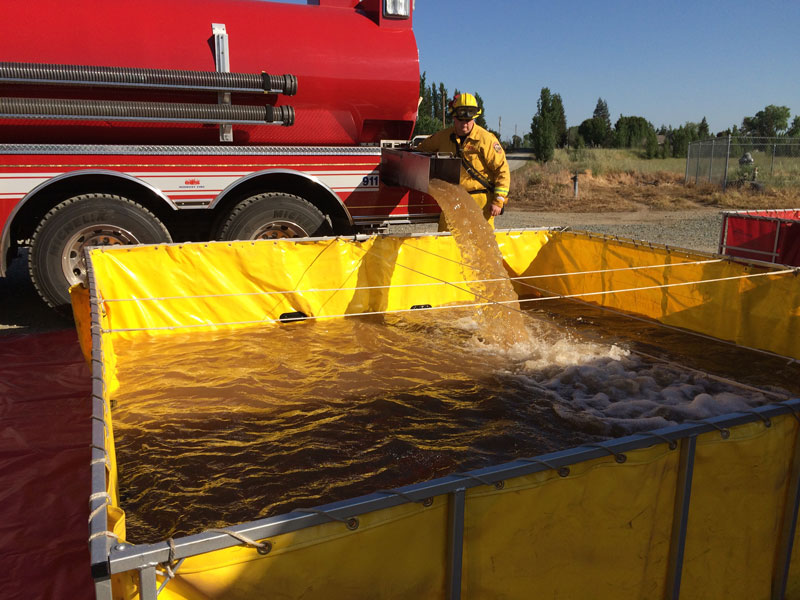 "In rural firefighting we don’t always have hydrant systems, we don’t have municipal water plumbed everywhere," he says. "So when we fight a fire, whether it be a wild land or structure fire, we need large amounts of water most of the time to handle that. So we have to haul it on wheels."

And this year the haul may be farther than ever. Because of California’s drought, water levels in lakes, streams and reservoirs are already low. And they’re expected to drop lower as fire season continues. In fact, Cal Fire’s Lynne Tolmachoff says this training was moved because there wasn’t enough water in the original location.

"They went and looked at the site yesterday and realized the water level in Dry Creek, which feeds into the Yuba River, is too low. They can’t access it," she says. "So that’s an example of a spot that they normally would use during fire season if they had a fire close by, but it’s not going to work for them now."

So they moved the exercise to a new location, next to an irrigation canal. Water trucks drive downstream, fill their tanks and then return to empty the water into the 3,000 gallon plastic pools. An engine then sucks the water up and shoots it back into the ditch. In a real life scenario the water would be poured on a fire. 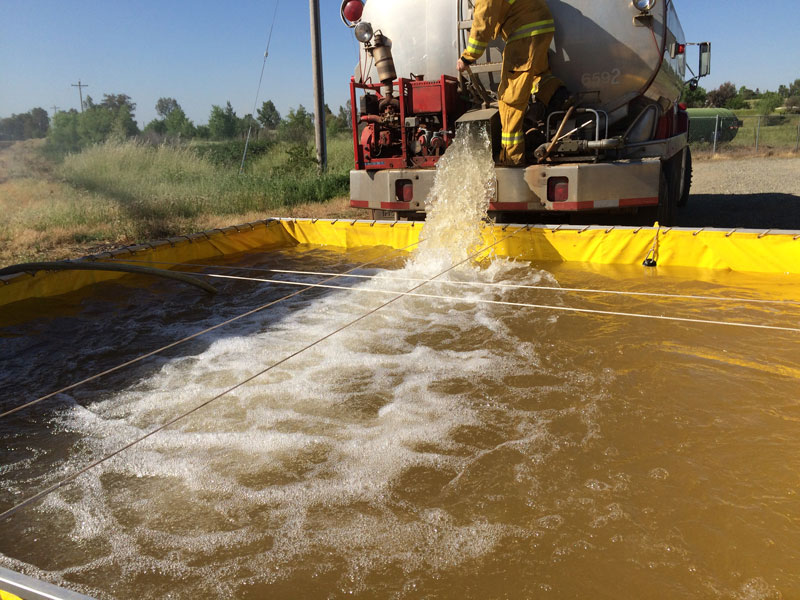 Seasonal Firefighter Justin Hollingshead is in his fifth season with Cal Fire. He says the pools take a while to assemble, but he’s confident he’d be able to use one in the field.

"I think a lot of times when the heat of the moment comes, you hope, but for the most part, it’s more of like a reaction to what needs to get done," he says. "You just kind of do it."

Hollingshead says he’s not really nervous about the coming fire season, though he knows there may be less water available. And Assistant Fire Chief Shaw says preparing for that lack of water is part of the training.

"All of our streams and creeks and rivers and ponds are all at low levels this year. So it’s going to be harder and harder for us to find the water we need to transport," he says. "So we may have to go further and that’s why today we have six water tenders here today to prove that we can go further and still get the water to the scene."

These portable pools are not the only option Cal Fire has for delivering water to remote locations. The agency’s Tolmachoff says there are also larger models that hold between 6,000 to 10,000 gallons. Helicopters can dip buckets into the pools and drop the water over fires.

Both the engine and helicopter pools are used every year, but they could be in greater demand this summer, as water levels continue to drop. 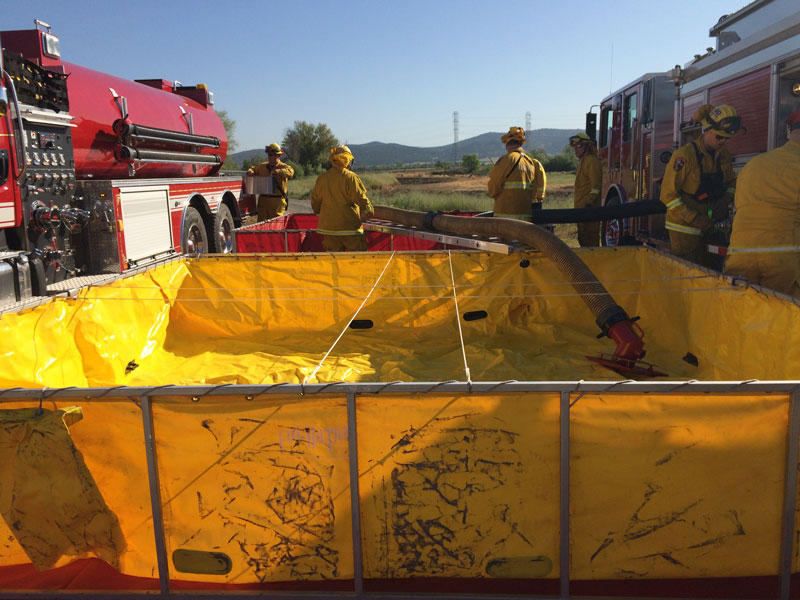