Velma was expecting her fifth child when she decided the time had come to leave her abusive partner.

"I was pregnant and he became violent and I just said enough was enough and I got up and I left," she says.

Velma requested a pseudonym be used because she is afraid her ex-partner will find her.

"I called the sheriff. I got my things right away," she says. "The sheriff stayed there and watched me pack because I was afraid of being there alone."

Velma took her children and fled, but without any money the family soon found itself homeless, living in her car off and on for several months.

"I felt like a failure," Velma says. "I felt like I failed to provide shelter, to provide a healthy environment for them. Because they would question me and I just didn’t know what to say sometimes."

So, Velma turned to California’s welfare system, known as CalWORKS. At the time she was only receiving aid for her oldest child. Her other children were not eligible for assistance because of what’s known as the Maximum Family Grant rule.

The Maximum Family Grant (MFG) Rule for Recipients of Cash Aid. Cash aid will not go up when: • You or any adult on the case have gotten cash aid for ten months in a row before the baby is born.

Ryan Woolsey is with the non-partisan Legislative Analyst’s Office.

"The Maximum Family Grant Rule refers to a provision in state law that requires that a family’s amount of cash assistance not be increased generally to reflect children that are born while the family is on assistance," he explains.

The state does allow for waivers of the rule in some cases, including domestic violence. But even though the California Department of Social Services concluded Velma was a domestic violence victim, it still denied her a waiver because she was not eligible to participate in the CalWORKS Welfare to Work Program. That is a requirement for receiving a waiver.

Attorney Cynthia Chagolla is with California Rural Legal Assistance. The organization is representing Velma and several other women in a lawsuit against the Department of Social Services. Chagolla argues California law does allow for waivers in cases like Velma’s.

"But unfortunately the California Department of Social Services, the way in which they are applying the regulations for the waiver are just so narrow that we have cases where we believe that the waiver should have in fact been granted," she says.

The Department of Social Services declined to comment for this story, citing the ongoing lawsuit.

The LAO says studies have shown domestic violence is pervasive among CalWORKS recipients. There are typically about 550,000 families on CalWORKS during any given month. Figures from the department show there were about 2,800 domestic abuse waivers in January, 2015. 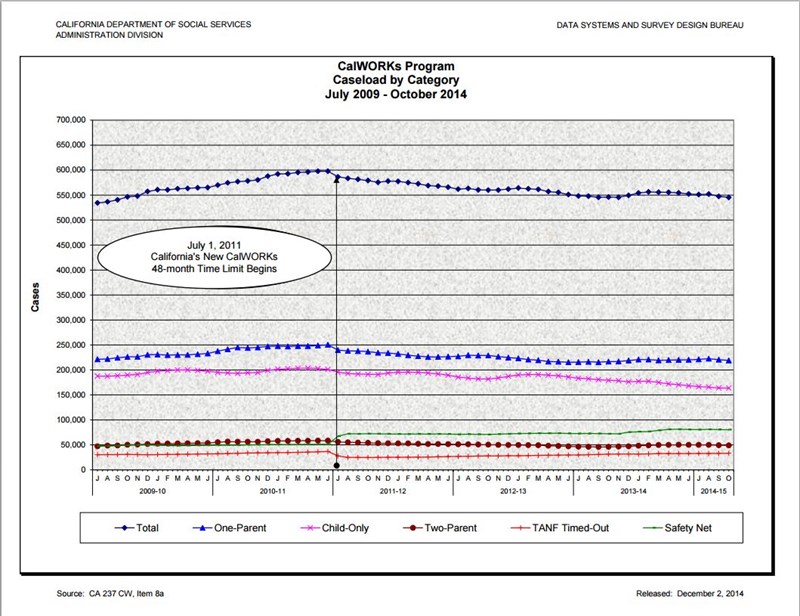 Democratic State Senator Holly Mitchell says the state should just get rid of the Maximum Family Grant rule. She says the average CalWORKS grant for a family of three is less than $500 a month.

"By not augmenting the grant by less than $100, which is what the average augmentation would be for an additional mouth to feed, clothe, diaper, care for, I think is irresponsible," she says.

Eliminating the max family grant rule would cost California about $200 million a year. And Mitchell’s bill comes at a time when advocates for multiple social services are clamoring to have their programs’ funding restored after years of budget cuts. Governor Jerry Brown wants to keep new spending to a minimum. And while Senate Republican Leader Bob Huff says he’s open to discussions…

"My knee-jerk response and I think that of our caucus is that, understanding the issue, there’s other ways that could better hit the root cause of poverty," he says.

Mitchell’s bill could face its first committee vote Tuesday. The next hearing for the lawsuit is scheduled for early next month.

As for Velma, she’s focused on completing her education and moving forward with her family.

"That would be a beautiful dream of mine to own a home and, you know, not have to worry about all of this," she says. 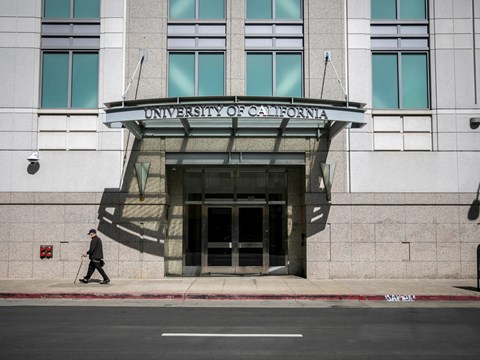