Despite Drought, Not Time For Drastic Measures

Here in California it can be frustrating to see the East Coast and Midwest buried in snow while the west remains bone dry. But the news can be hard to avoid. Snow piling up so high, cities are struggling to get rid of it, while the west remains stormless. Seems like a waste. Surely there's a way some of that extra snow can be moved to where it's needed. 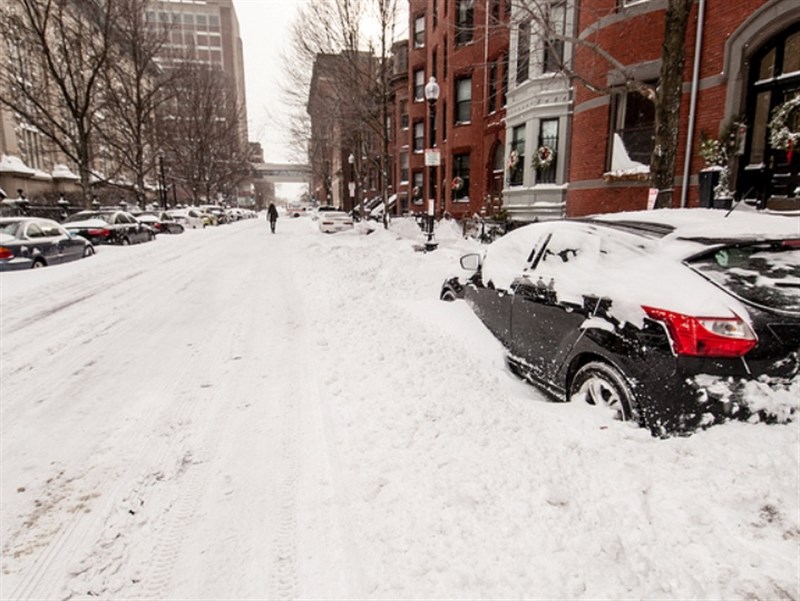 Jay Lund is the Director of the Center for Watershed Sciences at UC Davis.

But are these ideas so crazy? After all, we're in an epic drought that’s stretching into a fourth year. Isn't it about time we do everything we can? Well, Lund says no. He says it would be extremely expensive to ship water and it is not yet valuable enough to justify the effort. Take rail cars. Lund says you'd need about 12 to move one acre foot of water across the country. And an acre foot currently costs about $1,000 in the drier parts of the state.

"In order for it to be a good business proposition over in California, you have to be able to load that snow onto a rail car, move that rail car all the way across the country and unload it in California and put that water on the field for less than about $80 per rail car," Lund says.

Last year, Lund says, California was short about 6 million acre feet of surface water in the Central Valley. That would mean more than 70 million rail cars. 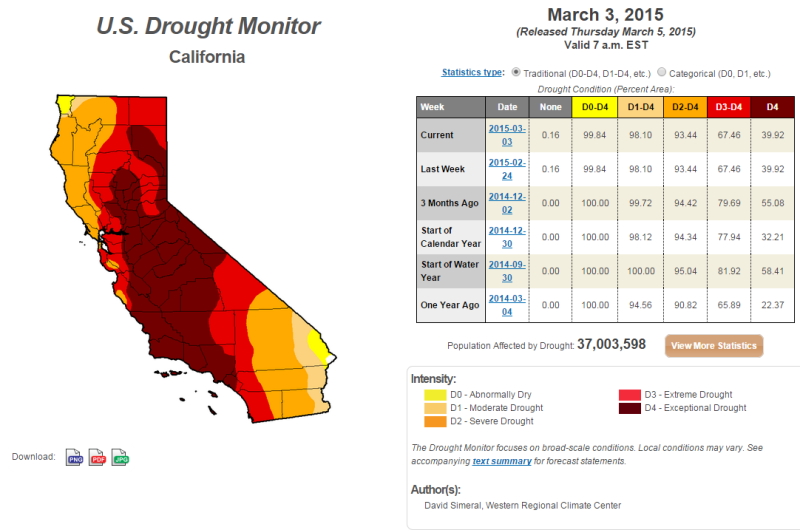 At Folsom Lake people ride their bikes and walk along the receding lakefront. The calendar may say it's winter, but the sun is shining and the trees are already in bloom. Still the early spring-like weather isn't enough to convince people in California that it's time for something like a coast-to-coast water pipeline.

"If we bought it from Boston we would just ship it down to Los Angeles and that would just cost us more money," she says.

"I think building an infrastructure like that is maybe short sighted because weather changes," she says. "You could invest in that and then they could get no more snow and then you've got something that is not usable anymore."

Londa Halase would rather see the money be spent on projects within California.

"It would cost a lot of money so I think it would be more economical to do some kind of other reservoirs in the area instead," she says.

The state does plan to invest in more water storage, which is part of the $7.5 billion water bond voters approved last year. But Governor Jerry Brown says it's too soon to consider more drastic measures, like desalination plants.

So for now all we can do is keep conserving water, better mange the water we have and pray for rain or snow.