Most of northern California received between five-and-twenty inches of rain in the last two weeks.

But, while streams and rivers swelled, reservoirs only rose by five-to-seven percent.

Michelle Mead with the National Weather Service says the storms dumped too much water on much of the state in too short a time.

"It did overwhelm a lot of the smaller creeks and streams and we ended up having flooding impacts as a result," says Mead. "The reservoirs actually only saw small gains from these rains and that's actually where we were really hoping to see a little more improvement."

The reservoirs average about a third of capacity and about 50 percent of normal for this time of year.

Mead says the water content in the Sierra snow pack is a little less than half of normal.

"We have it at the highest elevations, but locations around 5500 feet -where we really like to see the thicker snow pack- is not as much as we were hoping."

The rain we received has helped downgrade the drought status from the worst to second-worst for the northern third of the state.

The National Weather Service forecast for the first three months of next year is for warmer-than-normal temperatures.

The forecast also calls for a 33 to 39 percent probability that extreme northern California and a 40 to 49 percent likelihood that the rest of California could receive above-average rain and snowfall. 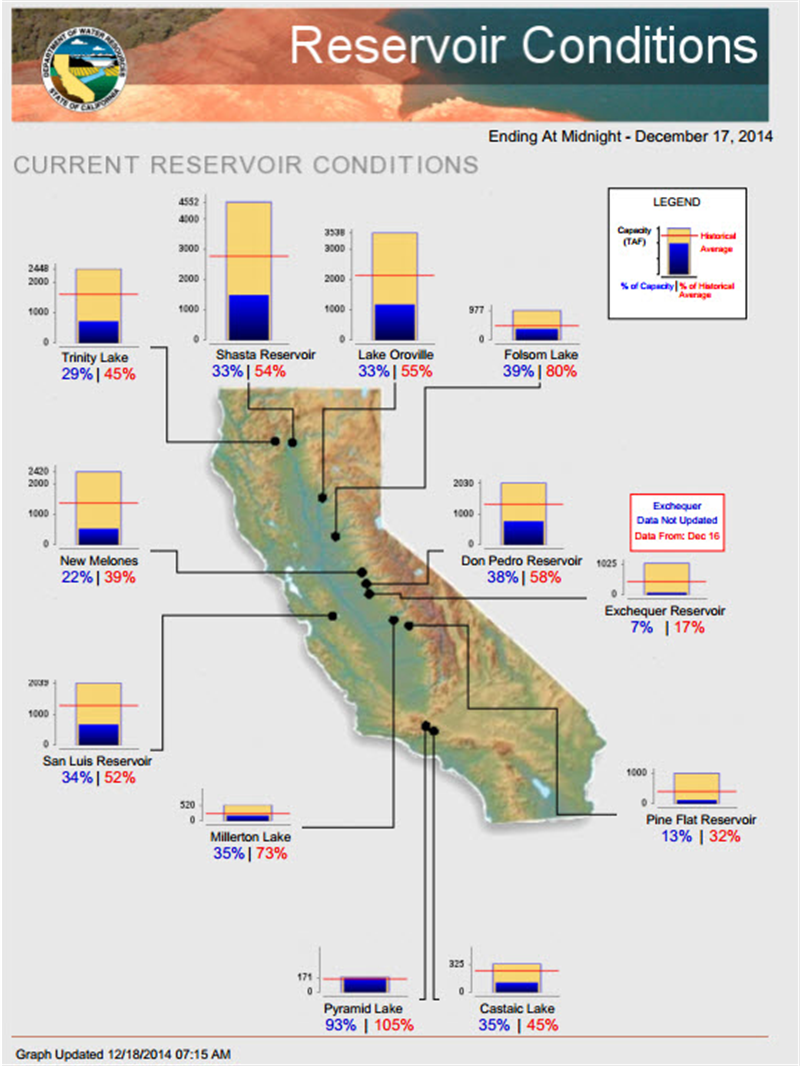