The downpours that flooded Sacramento streets and highways brought about an inch and a half of rain to the Valley Wednesday.

Mike Smith with the National Weather Service in Sacramento says rain Thursday should be much lighter.

He says there's only an urban and small stream advisory in effect through 7:15 a.m. Thursday morning.

"We've allowed our other warnings we had out for snowfalls in the Sierras and the debris flow for the fire areas, we've allowed that to expire due to the fact that we're not expecting a wholel lot of rain," Smith says. "The reason the urban and small stream flood advisory is still up is due to the residual effects of yesterday's rainfall."

Smith says while rain totals finished shor of the normal mark for November -- this recent rain has brought totals up to 100-percent for December. However, he says there's still a long way to go in terms of catching up with the drought.

The downpour flooded some stret1ches of highways and streets throughout the region and made for a rough evening commute Wednesday night.

The California Highway Patrol says the worst of the flooding and traffic was on Business I-80 at Watt Avenue in Sacramento.

Linda Tucker with the City of Sacramento told The Sacramento Bee that the city received more than 270 weather-related calls Wednesday.

Most were about street flooding because of storm drains clogged with leaves. The storm also caused power outages throughout Sacramento including about 10,000 customers in the Carmichael area. 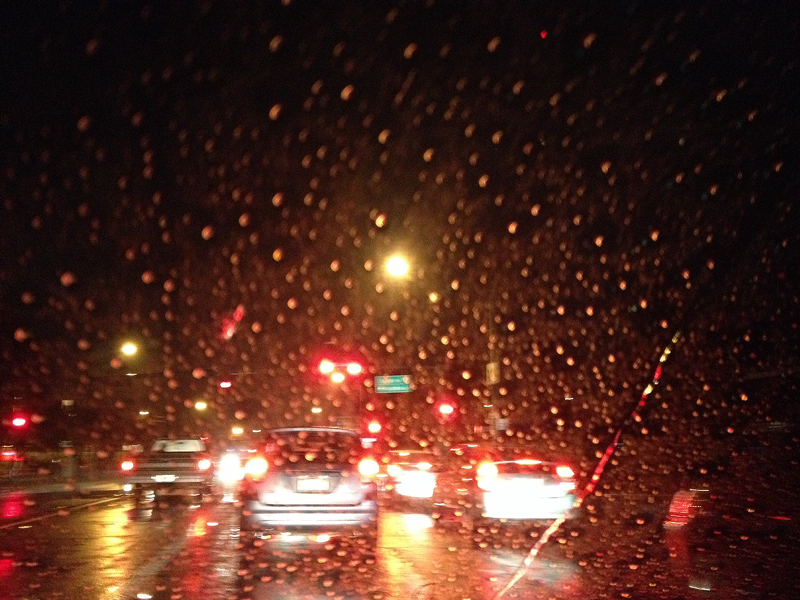