Bera Pulls Ahead Of Ose In Race For 7th Congressional District

Congressman Ami Bera has taken the lead in his race with challenger Doug Ose for the Seventh Congressional District seat.

The updated ballot counts from the Sacramento County Elections Office this afternoon  show Bera has moved ahead of Ose by 711 votes. Monday, Bera was trailing by 530 votes.

"We will start the provisionals tomorrow and get those going, get the staff updated and trained on how to do those because they're kind of tricky doing all the research," LaVine says.

Provisional ballots cast at polling places by people whose names could not be found in that poll's voter registration books.

"Anybody that went to a polling place to vote and their name was not on a roster, they were given a provisional ballot," says LaVine. "These take a lot of research to figure out who they are, if they're going to count. In a normal election, 75-to-80-percent of these do count."

The updated count also effects the final tallies in the race for the Galt Union and San Juan Unified School District Boards.

The candidates in fourth and fifth place on Monday have switched as of today.
The top two vote-getters though remain unchanged.

In the Arcohe Union School Board race, Gena Plummer trails Christina Pearson by just six votes for the third and final open seat. 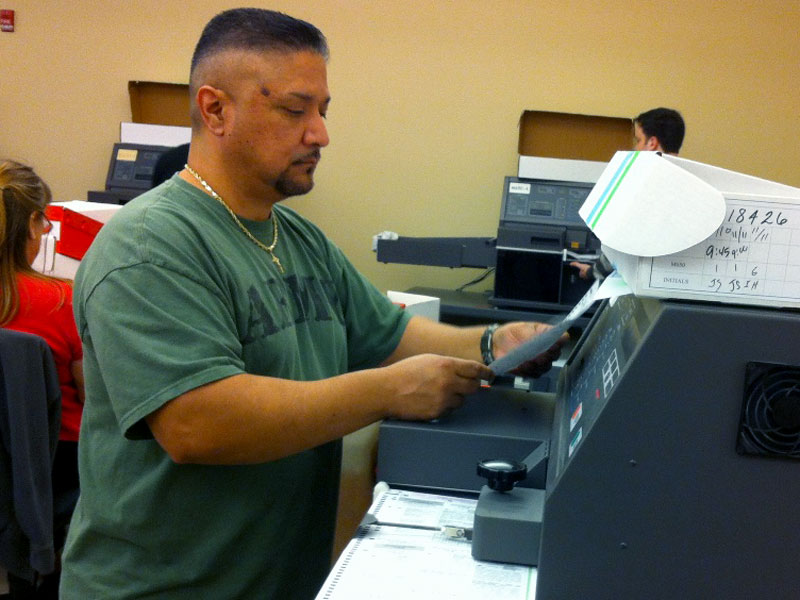