Up Against the Ceiling: The California Legislature Is Losing Women 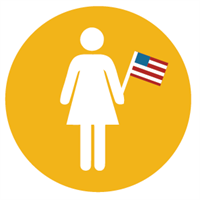 It’s a Saturday afternoon in San Diego and Democratic Assembly Speaker Toni Atkins sits in the courtyard of a popular neighborhood restaurant. She’s holding what amounts to office hours at a picnic table. She takes a few minutes out to reflect on efforts to increase diversity in the legislature.

"we spend a lot time talking about how to make that happen for ethnic groups and LGBT and Asians and all those issues," she says. "But I think people are sort of not thinking about the gender diversity and the fact that we are seriously losing women."

Of the 120 seats in the Legislature, 32 are currently held by women. Atkins expects a loss of at least one woman after the November election. And with term limits and the power of incumbency, if that loss isn’t made up for in the next election, she says it could be a decade before the legislature could get close to gender parity.

"This sort of snuck up on us. That a number of key women who are former state legislators didn’t go away. They are still on the scene. They transitioned to Congress," she says. "And so it took a minute before people began to realize that we were losing real numbers because they kept seeing these same names on the scene."

Mitchell is also concerned about the racial make-up of the women serving in the Senate. She’s one of just three female minorities and just the fourth female black senator since statehood. Mitchell predicts changing that won’t be easy.

"Everyone will buy into the rhetoric around the value of diversity and the unique perspective women bring to decision making," she says. "But, you know, no one wants to share power. Power has to be taken."

Yet Democratic Senator Hannah Beth Jackson says, in her experience, women don’t come to Sacramento to gain influence the way some men do.

She says women are typically drawn to the state legislature after noticing a problem within their community.

Assembly Republican Leader Kristen Olsen says she first became interested in running for her seat while on the Modesto City Council.

"The time that I ran, back in 2010, our biggest threat as a city was the state of California," she say. "Those were the times of deep budget cuts and the state kept balancing its budget on the backs of cities, counties and schools."

It was a big decision for Olsen to run, in part because she and her husband have three small children. She says she knew many men running for the legislature who had children the same age or younger than her own.

"And never once at any of the forums we attended or in any of the newspaper articles did I ever see them asked, are they going to be able to do it and still be a good father," she says. "And, at first it was very frustrating because I was asked that constantly."

Olsen says she eventually decided to acknowledge people’s concerns and reassure them her children would be taken care of. And she says it’s important for women, especially mothers, to let other women know that it is possible to serve and still fulfill all your other responsibilities.

"Particularly young women who are just now in college or in high school and thinking about what they want to do as they grow older, to not set barriers in front of themselves. And to realize what they can do instead of constantly thinking about limits," she says.

Young women could be key to creating gender parity. 75 percent of women in the Legislature first served on city councils or boards of supervisors, which are often training grounds for Sacramento. Still, women make up less than 30 percent of elected officials in state, county and city offices. And Speaker Atkins acknowledges that many women, including her, have to be asked to run.

‘I'm meant to be here’: California’s Legislature will have a record number of women, LGBTQ lawmakers