The Big Debate Over Measure L

There have been dozens of debates in the city of Sacramento as voters consider whether to make changes to the structure of their government.

The arguments and the debates over Measure L often have as much to do with Mayor Kevin Johnson as they do with the language of the measure. Before a debate at the Clunie Center recently, Michael Murphy-held a red-and-white "Stop The Power Grab!" sign- and Ronald Yokely -carried a blue-and-yellow "Yes on Measure L" sign.

"Let's deal with the success rate of charter schools," yells Ronald.
"So what he's done is taken good-paying jobs and made them low-paying jobs," yells Michael.

Ronald finishes the exchange with, "A low-paying job better than no job!"

Their argument never got to a discussion of whether voters should take executive power from the city manager and give it to the mayor. 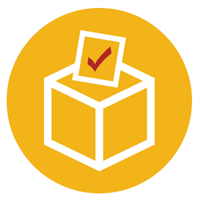 But, at a recent campaign stop at Sacramento State, Mayor Johnson gave students an example of how the current city council/city manager form of government limits him. The story starts with outrage following a 2010 gun battle that killed two people -including a woman protecting her child- outside a Sacramento barbershop.

Johnson was asked to lead a task force on gang activity.

"Every other week I met with the community or an entire year," said Johnson, "and we came up with a action plan of what we were gonna do to cut down gang violence, how we were going to do things that were preventive, intervention, suppress(ion) -we did everything that you can imagine."

He then went to the city manager.

"I said, 'Aw, this is great. I met with the community. Here's the plan. Everybody weighed in on it. It takes a million dollars.

If Measure L passes, the city manager would become the "chief administrative officer," appointed by the mayor and serving "at the pleasure of the mayor." The appointment would have to be confirmed by a city council majority.

Rick Braziel was Sacramento Police Chief for five years during the recession. His budget was cut by four different city managers. He says if one person had been responsible for budgets, departments could have planned better.

Under Measure L, the mayor would submit a budget to the council.

Though the council would shrink from nine members to eight, five votes would still be required to pass the budget or any ordinance.

The mayor could veto ordinances in their entirety and would have line-item veto authority over the budget.

"The city is working really well right now. The prime example of that is the downtown arena. We moved fast, we worked hard, and we put together a deal to build a new arena," Hansen says. "That, pension concessions, restoring library services -we've done a lot. "

Under Measure L, the mayor would no longer be a member of the city council and would not be required to attend meetings.

When the mayor no longer sits there every Tuesday and listens to the public and can veto those decisions based on that public discussion both between the council members and the public, I think that's a problem. I think it's a very private way to make decisions in what should be a very public and democratic process."

While both sides are passionate about the possible effects of a change, a recent study of 1600 cities and towns in the United States suggests changing a form of governance has little effect. Chris Warshaw is an assistant political science professor at Massachusetts Institute of Technology and co-author of the study.

"There is no difference in responsiveness of cities to their public whether they have elected mayors or council/manager systems," says Warshaw. "There may reasons why one system or another is better, but it doesn't seem like it affects the link between  public opinion and what city governments do."

The strong mayor provision is just one change proposed in Measure L.

It also calls for the creation of ethics and neighborhood advisory committees, a    mayor-appointed compensation commission and a city council-created Independent Budget Analyst's Office.

There would be a three-term limit for future mayors.

If the measure passes, voters would have to re-affirm each change to the city charter by the end of 2020 or each would expire. 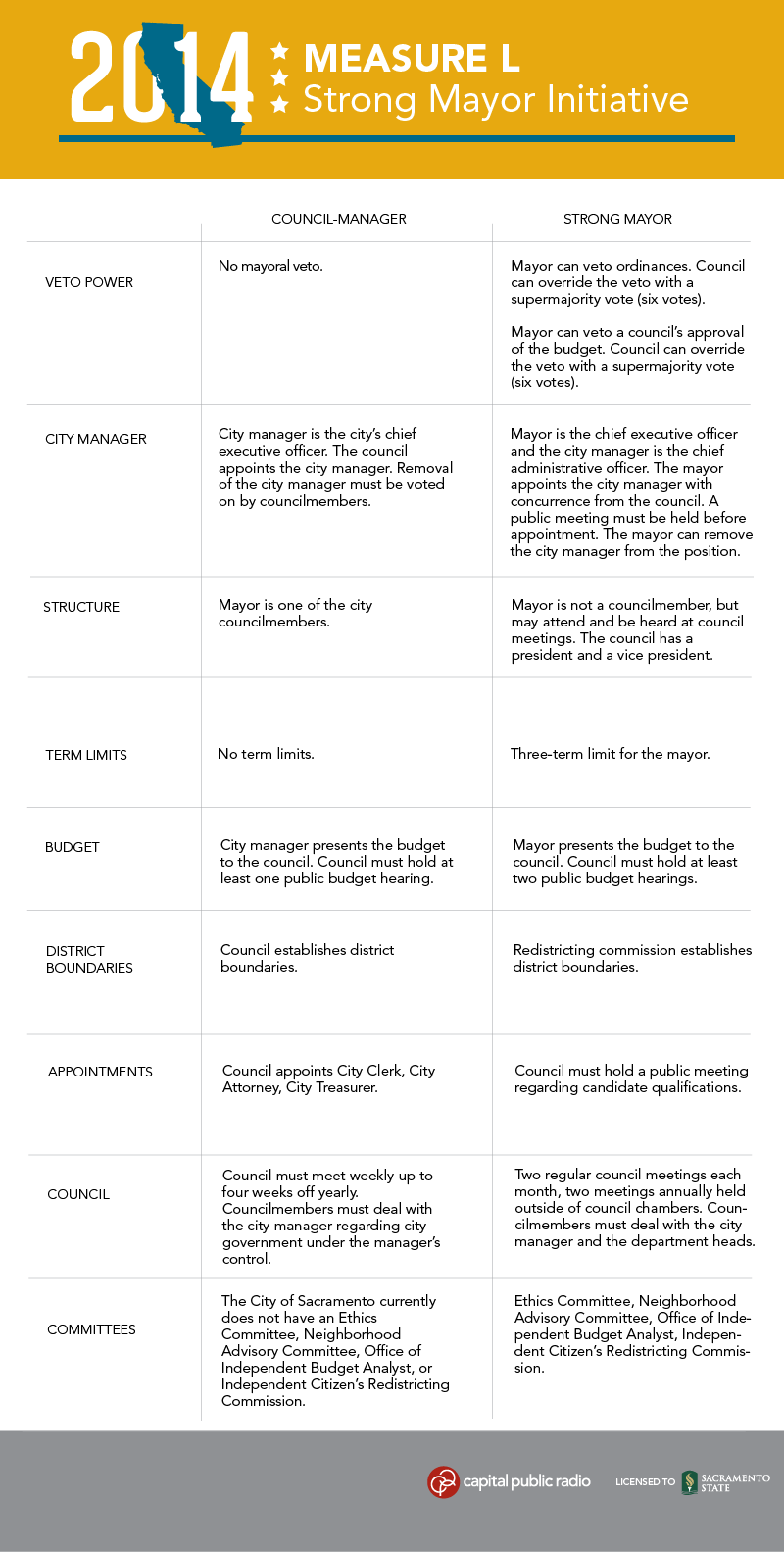