Cal Fire's fleet of 22 firefighting air tankers are no longer grounded. The planes were on a safety stand down following the crash of a plane Tuesday in Yosemite National Park.

The Tuesday crash killed pilot Geoffrey Hunt of San Jose, as he was about to drop retardant on the Dog Rock Fire near Yosemite's west entrance.

The safety stand-down was intended to give officials time to inspect the remaining aircraft and allow other pilots time to recover.

“The National Transportation Safety Board advised the department that their investigation has found no structural failures or aging aircraft issues were involved in the tanker 81 accident," said Cal Fire Chief Ken Pimlott

Pimlott called it a "difficult week" for California's firefighting agency.

"Words cannot express the sorrow that we all feel for the Hunt family, or my pride in all of those who make this organization at Cal Fire what it is,” said Pimlott. 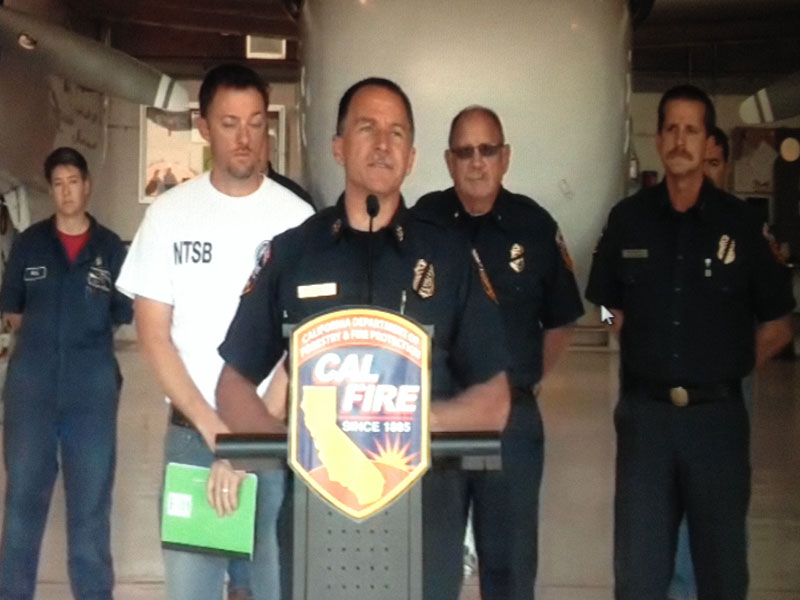 Cal Fire Chief Ken Pimlott spoke at a news conference in Sacramento Friday. He talked about Geoffrey Hunt of San Jose, who died when his air tanker crashed while working the Dog Rock Fire Tuesday in Yosemite National Park.

While the tankers were grounded, U.S. Forest Service planes were used to help Cal Fire battle fires in Placer County and in Yosemite National Park.

The NTSB investigation at the crash site is over but investigators still must recover some of the wreckage.

“Our initial findings we have seen on site, tell us it is not a mechanical issue,” said Josh Cawthra, NTSB Aviation Accident Investigator.

He said the NTSB’s preliminary report would be published on the agency website “within five business days.”

“A typical investigation can take from six months to a year, possibly even longer,” said Cawthra. “We look at man, machine and environment – it’s a very complex investigation.”

Cawthra said Hunt had made an initial drop of retardant on the Dog Rock Fire and had returned to base and reloaded.

“He was on final approach to drop the retardant,” said Cawthra. 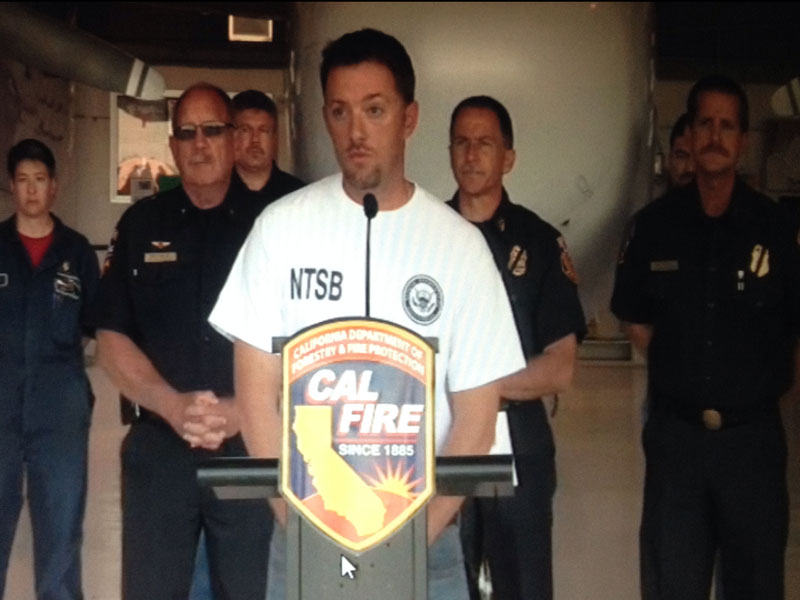