“My guess is it could be a three ton crop…I’m very encouraged, this looks good.”

Lester stands in his walnut orchard, watching a huge machine shaped like a giant claw shake walnuts from the trees. 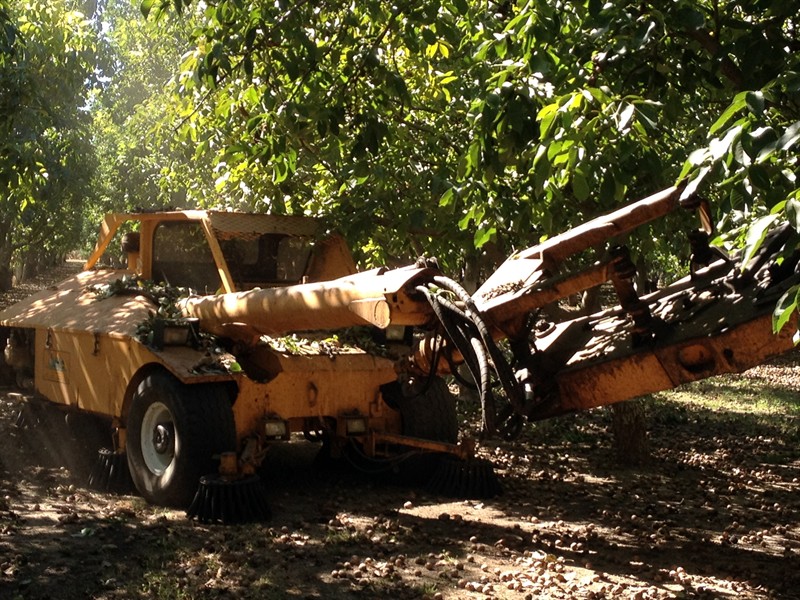 Lester says despite the drought, his crop looks good this year. But it hasn’t been easy.  He depends on groundwater.

Lester says the underground aquifer relies on surface water from rivers and streams to help replenish it. But rivers and streams are drying up. It’s one of the reasons he supports the water bond, and the $2.7 billion it sets aside for storage.

“We know weather is unpredictable in California and especially lately and so we need to set aside water and store water in these reservoirs in time of need," says Lester. 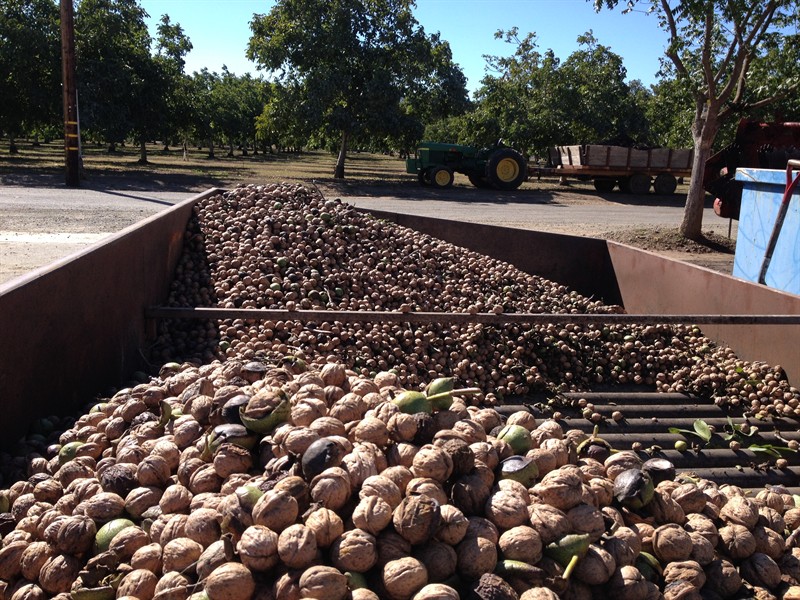 Storage was the key sticking point in getting the legislature to pass the water bond with the two thirds vote it needed. That portion of the bond includes reservoirs and projects to clean up or store more groundwater.

Two proposed dams could receive the some of the bond money – Sites Reservoir north of Sacramento, and Temperance Flat east of Fresno.  Barbara Barrigan- Parilla with Restore the Delta says those dams are just one of the reasons they’re opposed to the bond.

“The proposed dam projects that are actually mentioned, those dams will be operated in a way to work with the tunnels and have negative impacts on the Delta,” says Barrigan-Parilla.

Legislators say they crafted the bond so that it would neither help nor hurt Governor Jerry Brown’s proposal to build twin tunnels under the Sacramento-San Joaquin Delta. Barrigan-Parilla says Prop 1 is not tunnel neutral. 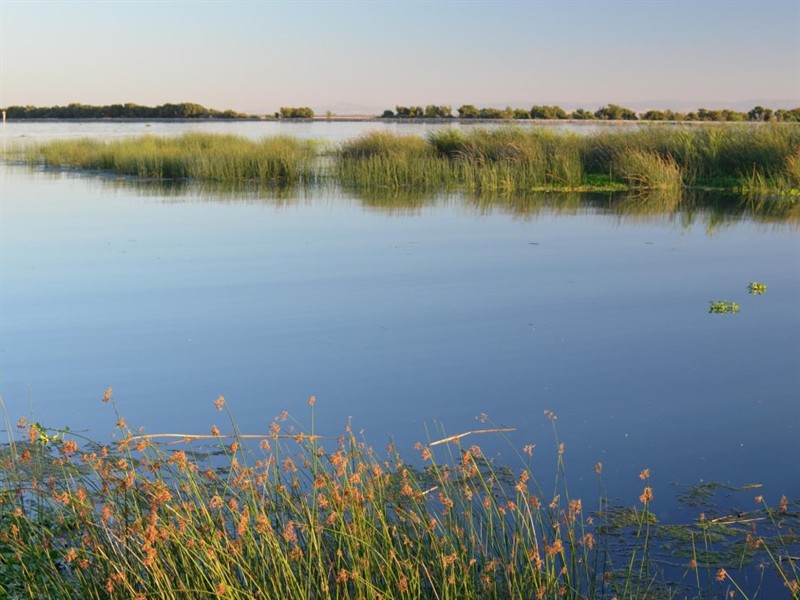 While the Governor and legislature, farmers, and water agencies support the bond, environmental groups are split.

The group isn’t taking a position on this water bond. Neither is the Sierra Club.

“In this case we’re really having to look closely at the balance of what’s good in the bond versus what’s not so good,” says Minton.

Environmentalists favor the $520 million the bond would provide for safe, clean drinking water, the $1.4 billion to protect rivers and other watersheds, and another almost $2 billion for water recycling and groundwater sustainability.

“There is an opportunity and a need to change the way we deal with water and there are things in this bond that will help do that,” says Kathryn Phillips with the Sierra Club.

But both the Sierra Club and the Planning and Conservation League are opposed to the construction of dams, which they say would be environmentally damaging and provide a limited new supply.

The water bond doesn’t guarantee construction of dams, but Minton says it sets up a competitive process for storage projects based on their benefits.

“The criteria for what’s a benefit to be counted is recreational benefits. Well, to the best of my knowledge, you still cannot do water skiing on groundwater, so it gives a competitive advantage,” says Minton.

If the water bond does pass, it’s unlikely to end the state’s water wars. Instead, there will likely be a new debate over how to spend that storage money. Proposition 1 also comes during California’s historic drought, something that may be hard for voters to ignore.