The Nevada Department of Wildlife captured a large, male black bear early Thursday in a south Reno neighborhood, near Lakeridge Golf Course. Officials said it was captured at a residence on Greensboro Drive, near the intersection of Plumas and McCarran.

The animal was the seventh bear handled by the DOW since Sept. 1. One bear died after being hit by a vehicle on Sept. 6, while the other five were caught and released safely back into the wild.

The bear captured today is set to be transported to an area southeast of Garderville and released on Friday. 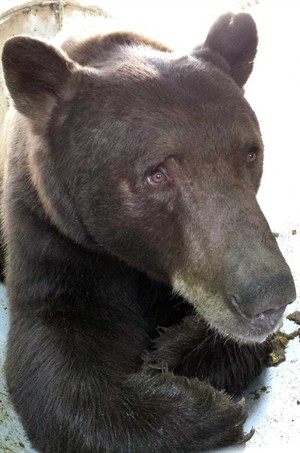 “Bear activity is picking up throughout western Nevada as the bears enter the hyperphagia period, where they dramatically increase their food intake,” says NDOW spokesman Chris Healy in a release.

“People living in bear country need to take note of that fact and keep garbage and other attractants  away from bears. They especially need to harvest ripened fruit from their fruit trees and the ground beneath those trees to keep from attracting bears.”