Lots of musicals feature lithe, leggy dancers in heels, decked out in feathers and sequins and bikinis… and not a whole lot else. The thing about “La Cage aux Folles” is that the dancers doing leg kicks are male. This gender-bender comedy from the 80's focuses on a gay couple who run a cabaret-style nightclub on the French Riviera. They also have a 20-year-old son who gets engaged to the daughter of an extremely conservative politician. How will the gay parents finesse this delicate social dilemma involving future in-laws from a completely different background? And how will Music Circus audiences, who tend to favor traditional Broadway classics, relate to a show with so many men dressed as women?

Tuesday’s audience sure seemed to be having fun as they were singing and clapping along. 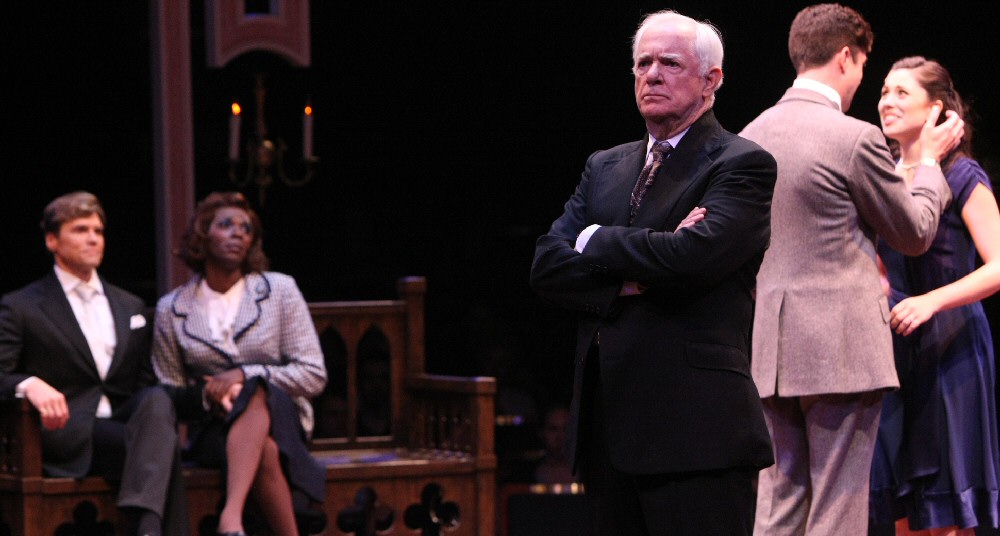 And really, other than the gay couple at the center of the plot, “La Cage” is a pretty old-fashioned show. The story unfolds in the bubbly style of a black-and-white Hollywood comedy from the 1940s. And the music frequently tips the hat to Broadway icons like Irving Berlin with songs that sound a lot like “There’s No Business Like Show Business.” You could say “La Cage” is an homage.

Expect to see a parade of over-the-top costumes and Busby Berkeley-style choreography, as the good-natured men-in-drag pose as Marilyn Monroe, or a bevy of busty ballerinas in a bird cage. It all peaks in the second act with a nostalgic song in a fancy restaurant, triggering a heartwarming dance number between the future in-laws.

I’ll give this production plenty of points for feel-good sentiment and fancy footwork. And there’s a cute boy-gets-girl story to go along the feathers and falsies and wigs. It all makes for an entertaining show with an upbeat message at the end – something that almost every theatergoer enjoys. 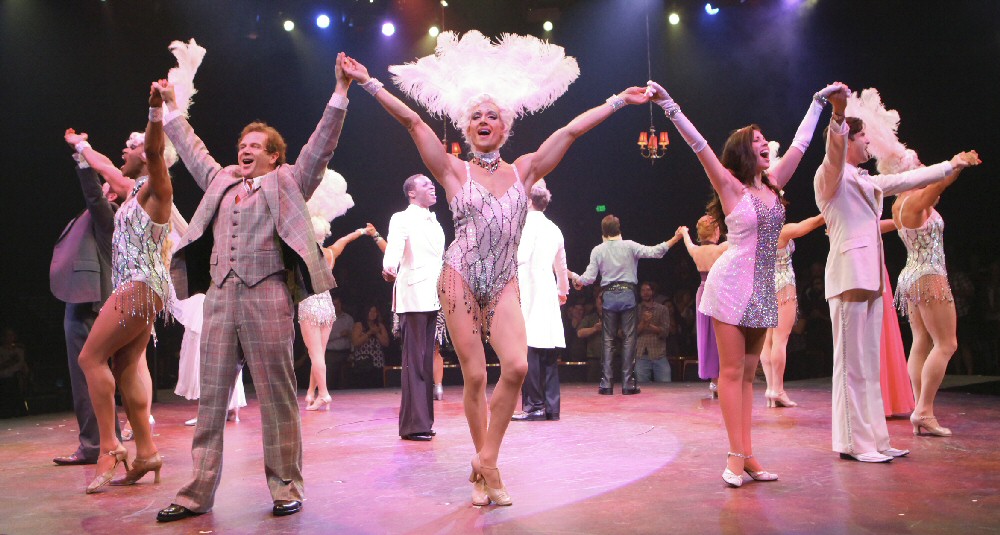