People gathered throughout Sacramento and throughout North America for National Night Out Tuesday night.

The National Association of Town Watch says National Night Out started in 1984 to get neighborhoods, and the people who live in them, involved in crime prevention and to work more closely with police to combat crime. Town Watch said nearly 38 million people now gather for the evening event on the first Tuesday of August in the U.S. and Canada.

While the traditional “lights on” campaign and front porch gatherings continue, in many neighborhoods, there are block parties which include cookouts and visits from law enforcement officers. 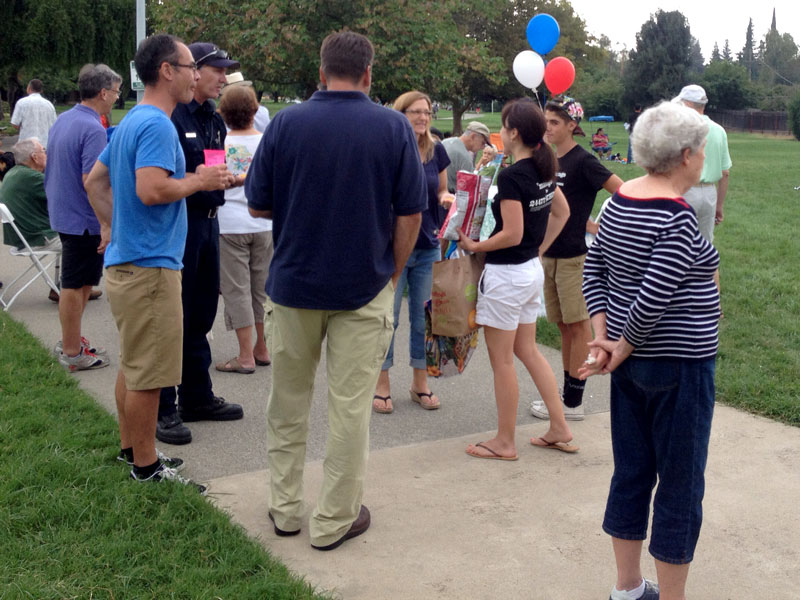 More than 50 people living in Sierra Oaks gathered at a nearby park for National Night Out Tuesday. Ed Joyce / Capital Public Radio

In Sacramento County’s Sierra Oaks neighborhood, organizer Linda Babcock said it was the first time people gathered at Oak Meadow Park for the event. About 60 to 100 people of all ages were at the park Tuesday night.

"I thought it would be a great opportunity, as a 14-year resident of Sierra Oaks, to kind of spearhead a grassroots effort to bring our community back together,” said Babcock, as many people lined up at a food truck next to the park. “And nights like this are fun because everyone's connected technologically to each other, but rarely do they get together and sit on the lawn and have some food and talk to each other."

Babcock said it is a fun way to recognize the Sacramento Fire Department paramedics, Sacramento County Sheriff deputies and other first responders that serve the neighborhood of roughly 1,000 people.

But she said it is much more than a social event. Babcock said getting to know your neighbors, in-person, creates connections that can help prevent crime.

"When neighbors know each other and they feel connected to their community, I think they feel ownership with their next door neighbor and keeping an eye on their home or looking out for their kids when they see them out and about, so I think it's extremely important and it does make a difference,” said Babcock. 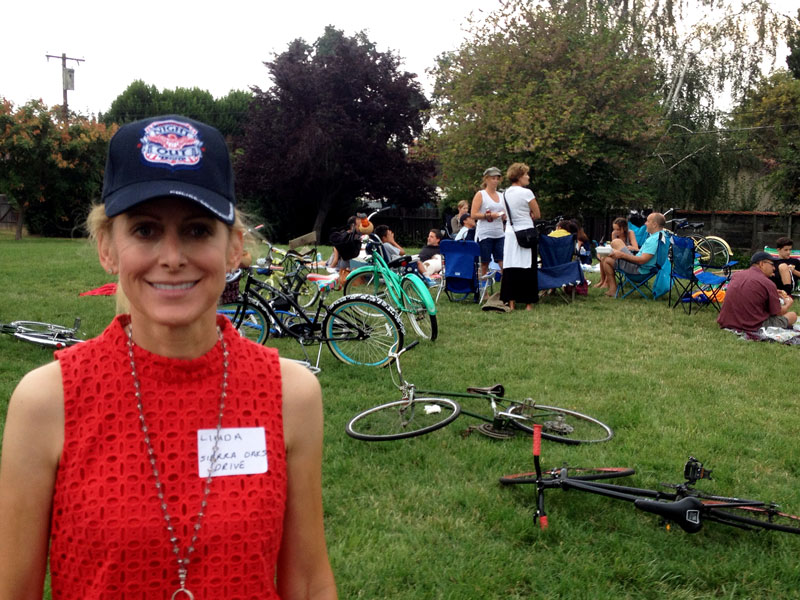 The Sacramento Police Department said Tuesday that 68 neighborhoods registered to have their officers stop by at Night Out events, but that many gatherings happen without that request. Some of the larger night out gatherings are attended by 300 or more people. The Sacramento Sheriff’s Department also attends Night Out events,  as they did Tuesday night at in the Sierra Oaks neighborhood.