A Silicon Valley venture capitalist submitted more than a million signatures for a 2016 ballot measure to turn California into six states. 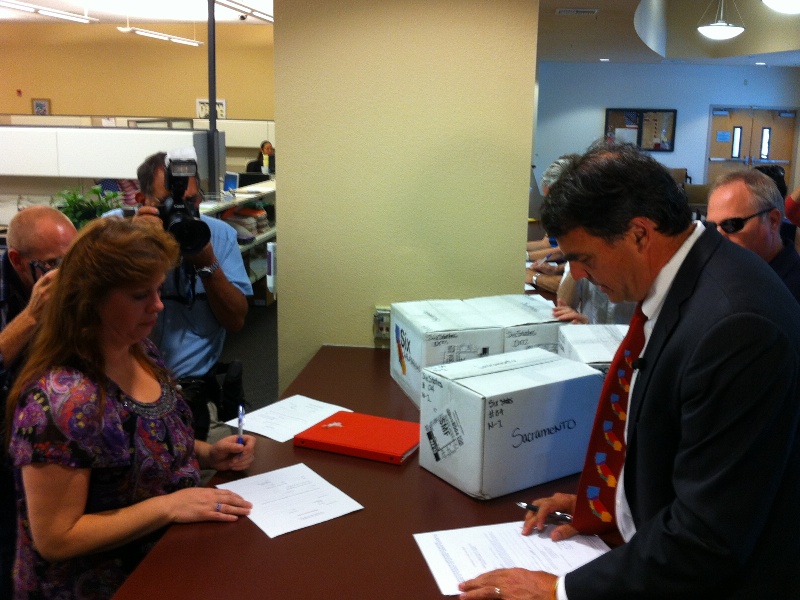 Tim Draper invested in Tesla and Solar City and is now investing millions of dollars in the idea California should be six states instead of one. He submitted 43,000 signatures to the Sacramento County elections office Tuesday morning.

"The smaller the state, the better it is," he says. "We're closer to our government. We're better represented.  And we have a choice.  I mean, right now if you want to live anywhere up and down here -which is a beautiful place- you're stuck. You only have one choice."

Democratic political strategist Steve Maviglio has formed a committee to oppose the measure.

"I wish Mr. Draper would spend his millions of dollars trying to improve our schools rather than wasting it on this silly political effort," says Maviglio

Draper's argument is California state government is too big to tackle any problem facing a particular region.

"We've got all of these constituents -38 million of us all trying to talk to the same state," Draper says. "They're hearing noise coming from all different sides," Draper says. "There is not a concentrated effort to get jobs into the Central Valley because there are so many other issues."

Maviglio has no backing from politicians or political party opposing the measure.

"I think Republicans would oppose it because it would mean the creation of  probably 600-plus more politicians, you'd have to file tax returns in six states, you'd have six lieutenant governors," says Maviglio.

For the six-state plan to become a reality, California voters, the California Legislature and the United States Congress must all vote for it.