Many people took off work or went to work late this morning.  They gathered to watch the U.S. Soccer Team play in the World Cup at bars and restaurants all over Sacramento.

Kelsey Price was at Lowbrau. She was red, white and blue from her bandana to her cowboy boots.

"I'm wearing the scarf from one of the hex qualifiers in Salt Lake City last july. This is one of the limited-edition scarves they had last year. I have my '94 Alexi Lalas jersey. I have quite the collection of USA gear to say the least."

Olga Trevizo switched days with a co-worker so she could be at Streets of London Pub at 8:30 this morning.  She says it's not the type of thing she usually does.

"I haven't come out to watch any games -any World Cups since probably eight years.  I'm not the kind of person to really get out and watch in public.  I watch in home or while at work on the computer or whatever.  But, this is really exciting.  I'm excited that the Americans have gone this far."

The team struggled against Germany and lost 1-0.  But, the Americans made it through to the next round.  They will play again Tuesday against Belgium.

Funny. No one watching #worldcup2014 match on the big screen. Clarity better than size apparently. pic.twitter.com/O2YdFyLL6K 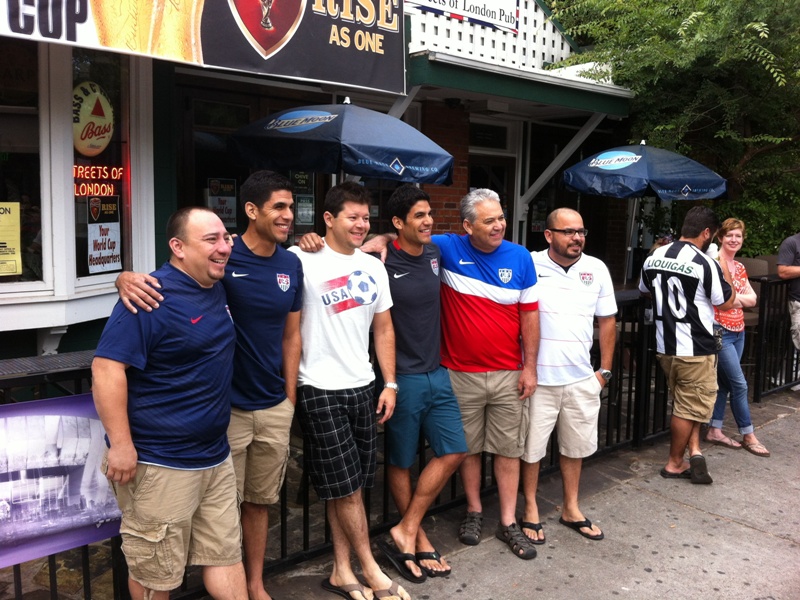 What to know about Sacramento city schools' COVID-19 vaccine requirement