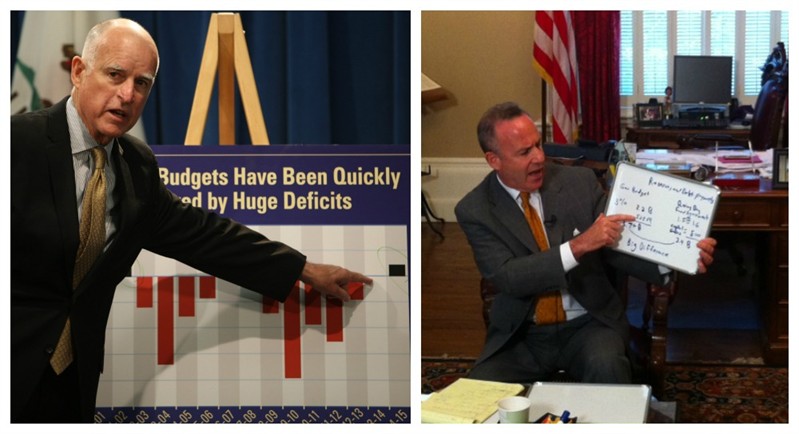 “What do we want? / A sunny day fund! / When do we want it? / Now!,” chanted dozens of people outside Governor Jerry Brown's office at the state Capitol today – as opposed to the “rainy day fund” that Brown and legislative leaders agreed to last week. Organizer Astrid Campos from Los Angeles says the governor is out of touch with poor Californians, who need more money for education, health and human services programs that were devastated by recession-era cuts.

“How are people to live?" Capos says. "We just don’t understand where his mentality is and why this obsession with expediting the payment of the debt, of this huge rainy day fund, and then also this prison expansion.”

Democratic Senate Leader Darrell Steinberg agrees. He held up a white board with numbers only a budget wonk could enjoy, suggesting that Brown wants to put more money into the rainy day fund than last week’s deal sets out.

“So when the question gets asked, where you gonna find the money – here’s a place to start.”

“So this notion that anybody needs to hold us back from spending is just a lot of BS.”

Budget negotiations are expected to take about a month. The legislature’s constitutional budget deadline is June 15th. 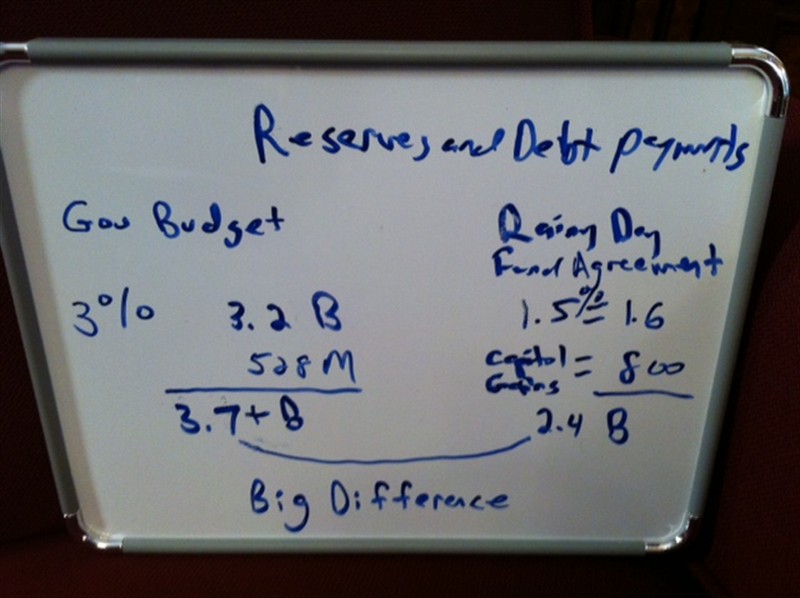