Since the Sacramento City Council issued a drought declaration in January, the city has used about 6 billion gallons of water. That's almost 900 million gallons less than the average usage for this time of year, but still short of the conservation goal set by the council. So we spent a couple of days with city's conservation employees to see what they're doing to help people save water.

Tens of millions of gallons are escaping from faucets, broken pipes, and into gutters in the city of Sacramento every day.

Ryan Geach is a Water Conservation Specialist for the Department of Utilities.

"When the City declared a stage two drought, it's even more important for conservation people like myself to spread the message," Geach explains. "We try to help people identify their problems and solve their problems as far as water loss or water leaks or just water misuse."

Geach is at a house on 63rd street with a printout of the homeowner's water use. A computer linked to the City's smart meters flags an account if water is running all day.

"You're losing approximately 269 gallons a day," Geach finds the leak quickly. He can hear it when he walks into the bathroom. "This is where you're losing water-this toilet."

Geach shows the homeowner how to replace the cap inside the tank and reminds him the repair will save water and money.

Smart meters have led to 300 similar house calls in the city this year. The majority of the calls result from leaking toilets.

Geach moves on to another appointment at an older home in the Pocket area.

Claudia West is getting a full-home inspection and, she hopes, a rebate from the City.

"I was in Home Depot and saw a sign that said there was a water rebate program," West says.

Geach checks the lid to identify the toilet's age. Toilets that use less than 1.28 gallons per flush qualify for a rebate, if they replace a toilet made before 1992. 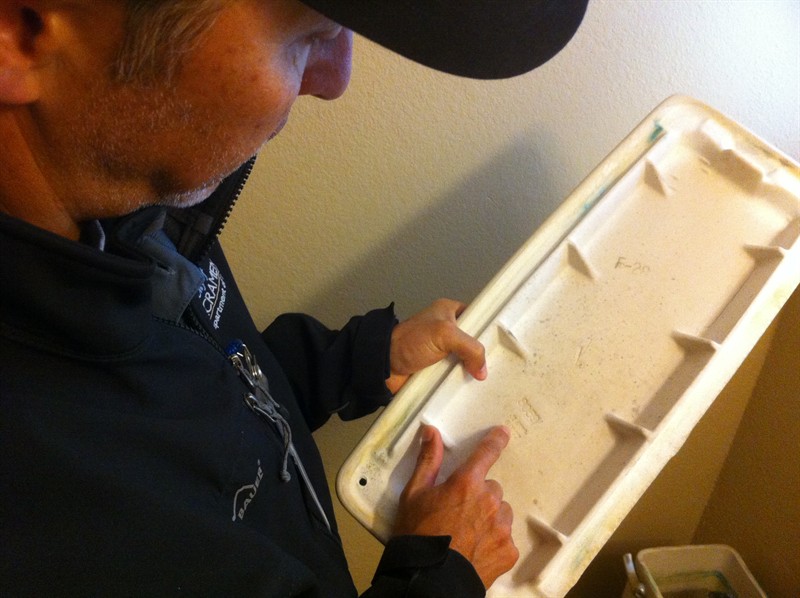 "1977. June 22, 1977," Geach reads off the date imprinted into the porcelain, and approves Claudia's rebate of up to $125 per toilet, $25 more than the City offered last year. He then checks shower heads, faucets, appliances, and the sprinkler system.

Several sprinkler heads are broken, are the wrong size, or spray against the house. Water streams into the gutter shortly after the sprinklers come on.

"This is horrible," Geach says referring to the water runoff. 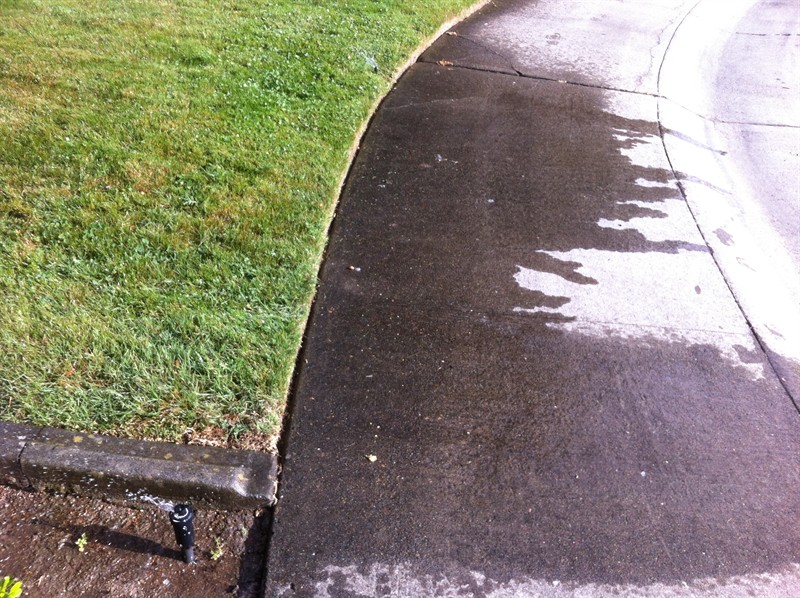 Geach cuts the sprinkler run-time from 20 minutes to as little as four minutes depending on the station.

"Sacramento's very clay. It's a clay soil, so it runs off relatively fast. So they have to be short run times. If we had more sandy-loam type, then you could run your system a little bit longer because you won't have that runoff. We don't really want to see any spray heads more than ten minutes."

He says shorter run times and repairs to the sprinkler system will save 700 gallons every time Claudia waters...or more than 70,000 gallons a year.

He leaves Claudia and everyone he visits a bucket containing a shower head, spray nozzle, and a plumbing handbook.

At neither home does he cite the owner for wasting water, but he will file a report on a home on Claudia's street.

"This one I will call in when I get back and then they will come out and check this next Thursday," Geach says while he makes notes of the offenses. "It's watering on the wrong day and runoff."

Hervey Lee might be the person assigned to follow up on that report. Hervey is one of 40 city employees who conduct water patrols and respond to complaints. He says he makes about a dozen house calls every day.

On this day, his laptop computer alerts him to a call of a water emergency - runoff at a city park. 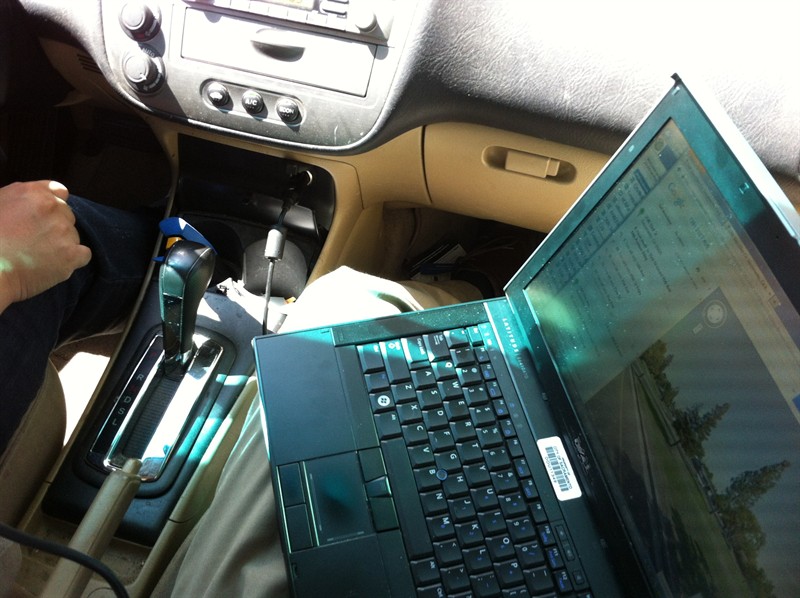 He doesn't see anything and asks Margaret Adcock if she has. She hasn't, but she does appreciate what Hervey's doing.

"You know how people hose their sidewalks instead of sweeping it? I saw that the other day," Adcock says. "I was just like shaking my head. But, I'm not the water police."

Lee reminds her of her assigned watering days and sets off again, looking for the leak at the park.

"Most of the time [complaints] are anonymous and it's kind of vague," he explains while searching for the leak.

After looking around the park and finding nothing, he moves on.

His best chance at saving water is patrolling and seeing the waste for himself. On 14th Avenue, he spots sprinklers running in the middle of the day.

"Excuse me. Hi, I’m with the city of Sacramento," Lee approaches a man doing yard work. "You're in violation of watering your lawn at the wrong time right now."

It turns out it's a new lawn. The man promises to water earlier in the morning.
Lee says he thinks a verbal warning is sufficient. As of May 1st, the City had received 4800 complaints so far this year, but had only written 1400 first notices of violation and only 30 second notices.

The City is working on a new "smart water" website, a leak detection alert system, and a turf removal program to promote drought-resistant landscaping. Nine-hundred million gallons down. Only 400-million gallons to go.