As the number of bike riders continues to grow in California, so do concerns about bicyclists’ safety. One lawmaker is embarking on an effort to get drivers to share the road.

As Damian Kevitt stood at the starting line of the charity bike ride he organized he had one overwhelming emotion. 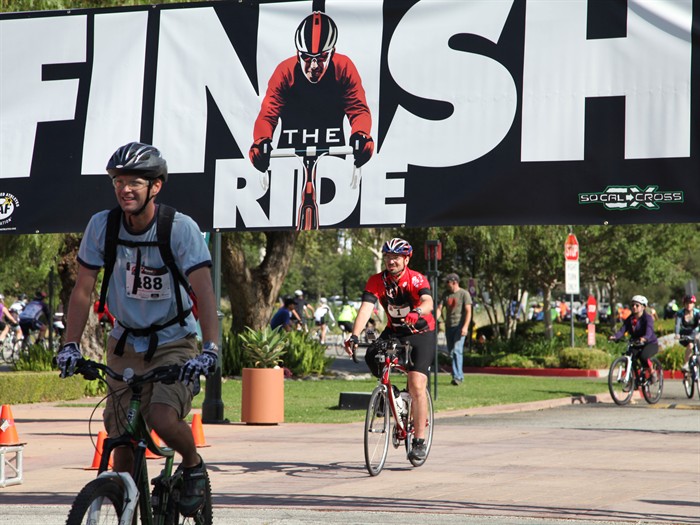 Damian Kevitt rolls through the finish line a year after a horrific hit-and-run crash that resulted in him losing a leg. Marnette Federis / Capital Public Radio

It’s been just over a year since an afternoon bike ride in Los Angeles ended with Kevitt as the victim of a horrific hit-and-run, pinned underneath a mini-van as it sped onto Interstate 5, dragging him nearly half a mile down the road.

The hit-and-run cost him Kevitt right leg, almost took his left and left him with over 20 broken bones and deep gashes. The driver was never caught.

After months of rehab and learning to live with a prosthetic limb, Kevitt was finally going to finish the ride he’d started a year ago. And he wasn’t alone.

On April 27, 700 bicyclists took part in ride, which raised money for LA’s bike coalition and the Challenged Athletes Foundation and sought to raise awareness about hit-and-runs.

Kevitt doesn’t call his experience an accident, he calls it a crime. And he says he could not stand on the sidelines when he found out hundreds of bicyclists are injured or killed every year in hit-and-runs.

“I couldn’t do it. I had to do something about it. I had to at least stand up and say, hey, I don’t agree with this," he says. "And the more I did that, it really became a rallying cry for thousand, at this point into the millions, of people who agree that this is not a part of civilization and it needs to stop. 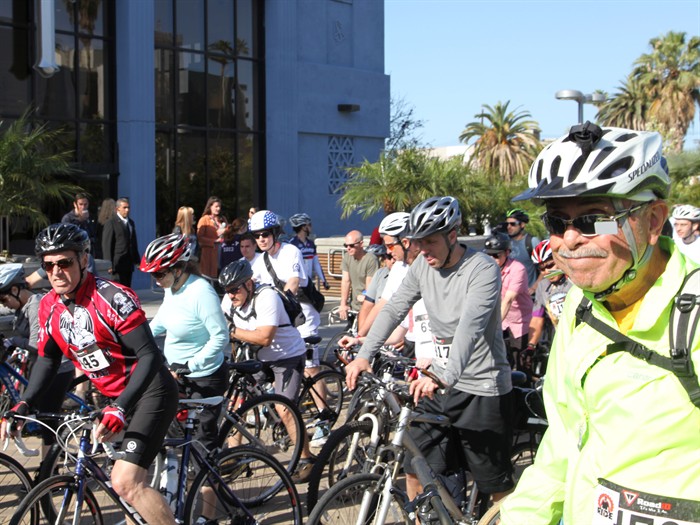 The California Highway Patrol reports, statewide, 161 bicyclists were killed in hit and runs between 2002 and 2011. More than 14,000 were injured.

Kevitt’s case may be extreme, but as rider Cindy Naveira can attest, close calls with cars are common.

It’s that kind of story that prompted Democratic Assemblyman Mike Gatto to propose legislation that would expand the scope of punishments for hit-and-runs.

“We’re just trying to get people to stop," says Gatto.

Gatto has already won passage of a law that extends the statute of limitations on hit-and-run cases. His latest bill would require a six-month driver’s license suspension for any person convicted of a hit-and-run. Gatto says hit-and-runs should be viewed in the same light as DUI’s.

“Drunk driving was once culturally acceptable," says Gatto. "It was just, well, you know, people do it and it tends to be something that people look the other way at. But then there were enough high-profile incidents and groups that stood up and said, you know this is something we can’t tolerate anymore, and laws changed and attitudes changes and our culture changed.” 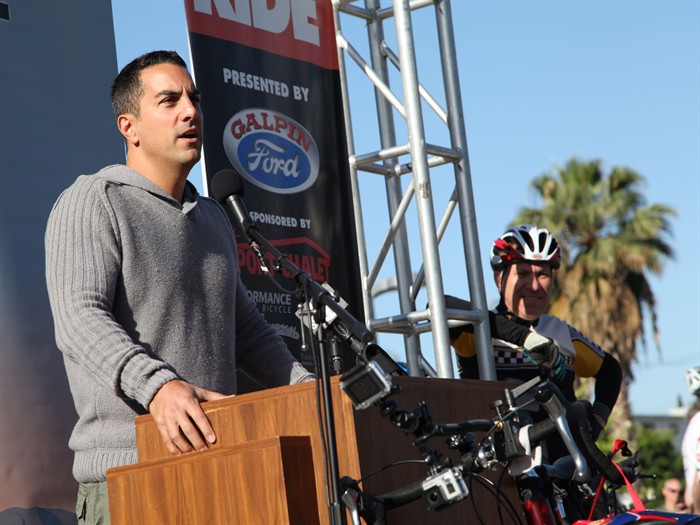 But there is some opposition to expanding laws to punish hit-and-run drivers. John Abrahams is with the California Public Defenders Association. His group objects to a provision in Gatto’s bill that would apply hit-and-run penalties to cases in which no one was injured.

“It’s awesome. It’s beyond awesome. I’m running on, what, two hours of sleep? And I do not feel tired at all. I’m just pumped!”

Pumped to continue his fight to make the streets of California safer for riders like him.