Brown discussed his prison polices today after speaking at the 25th Annual Crime Victims Right’s Rally at the state Capitol.

A federal three-judge panel has given the Brown administration an additional two years to reduce prison overcrowding to court-mandated levels. The ruling was a victory for Brown who had factored the extra time into his proposed budget. But he says court intervention remains a burden.

“Every day we struggle with how to manage the population restraints that have been imposed by the federal courts. But we’re on track,” he says. “And that too has lead to some creative responses. Realignment, but also some new programming that has been financed by the legislature.”

Brown says realignment, which diverts some low-level offenders from state prisons to county jails, won’t create miracles overnight but says it is stimulating creative solutions for dealing with the mentally ill, drug addicts and inmates who need daily supervision.

“I’ve been around to ten counties and I’ve talked to District Attorneys. I’ve talked to police chiefs, I’ve talked to sheriffs. I will continue going to the counties of California,” he says. “I can report, not just on my say-so, but by the people in the field, probation, mental health, sheriffs who run jails, that realignment is working.”

Realignment critics say the policy is leading to overcrowding at county jails and could result in dangerous offenders being released. 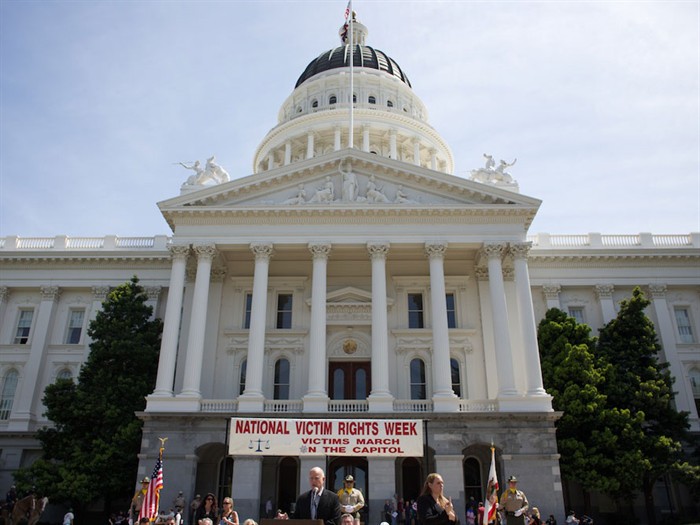