Listen
/
Update RequiredTo play audio, update browser or Flash plugin.
The City of Sacramento wants to replace or refurbish about 200 street lights and the conduit that supplies them with power.  But the street lights will not be as energy efficient as possible.

The Department of Utilities will ask the City Council on Tuesday to approve more than $330,000 to purchase posts for Curtis Park.

"They really wanted to keep everything as close to and identical to what is existing as possible, including the type of light bulb we're using." 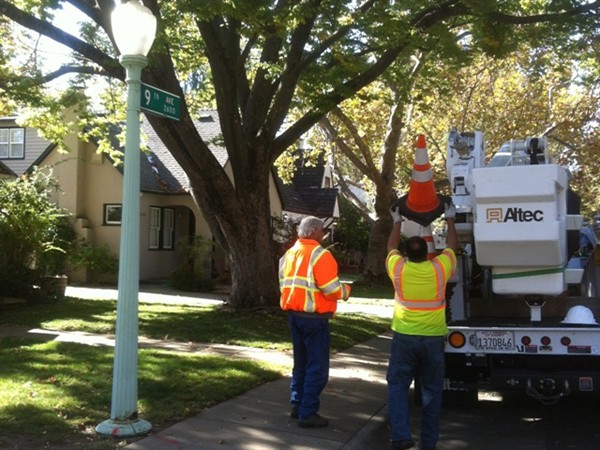 Crews work to replace the light posts in the Curtis Park area. Photo / City of Sacramento

Chatusripitak says he would choose LED lights, but the final decision isn't up to him. He says it's up to the City's Preservation Director, Roberta Deering.

But Deering says she is in full support of making the project as energy efficient as possible.

"There are lots of LED lights that are very energy efficient and that would have the same hue as the old incandescent light bulbs," she says.

But, Eric Johnson with the Curtis Park Neighborhood Association says that's not so.  But, the new lights will actually be 25% more efficient than the old ones.  Johnson says the optimally efficient LED lights don't give off the kind of glow the neighborhood is looking for.

Curtis Park is among the top three neighborhoods for complaints regarding street light outages.   Land Park and Saint Francis neighborhoods are the other two.

Replacing about 200 lights in all three neighborhoods could cost five million dollars.

The Curtis Park project is expected to be completed by spring of next year.

People in Curtis Park pay for the street lights through a lighting and landscape assessment.

Chatusripitak says no one knows how many posts will be replaced.  Work crews will determine that when they replace the wiring to each pole.

"Until we take them apart piece by piece and carefully examine them, we won't be able to determine the condition," he says.

The posts and wiring were installed in the 1930's and 40's.  Posts that can not be rehabilitated will be disposed of by a contractor. 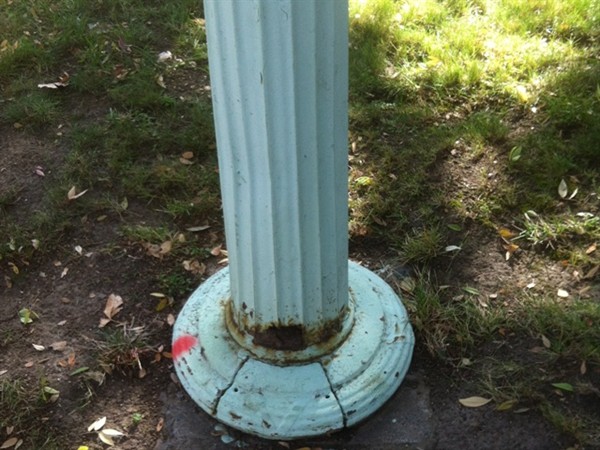