Attendees come to conventions like this for a number of reasons; pictures or autographs from their heroes, to get their art in front of their heroes, to dress up and play heroes, or to get that missing piece in their collection of books and toys about heroes. It's no secret, heroes abound at comic book conventions.

The tagline for this convention is, “where pop culture comes alive,” and with celebrity guests like Lou Ferrigno (The Hulk), Ralph Macchio (The Karate Kid), Bruce Campbell, William Shatner, Stan Lee, and Chris Hemsworth (Thor) it’s easy to see how followers of cult classics and and comic books might be attracted to this event.

Wizard World Comic Convention is a touring show featuring celebrities, panels, vendors and artists - all centered around the world of pop culture and comics. This year they’ve added eight new cities, with a total of 16 cities this year. Sacramento is the third show on the tour, which wraps up in November in Reno. The organizers are so confident Sacramento is the right city for this tour they’ve already booked the entire convention center for June 15-21 in 2015.

“It’s not so massively overblown that you can’t meet the artists and people you want to see,” Milani explained. “Our show is very professional, we want the experience to be great for the fans, vendors, artists and celebrities.”

Milani said this is made evident by the number of celebrities coming back to do the show. He said Ralph Macchio usually doesn’t do conventions, but after doing a Wizard World show he wanted to know how he could sign up to do more.

If you’re a young, hungry artist looking to break into the world of comic books, now is a great time, according to award-winning comic artist, Paolo Rivera, it’s also one of the hardest times to break into the business.

Rivera got his start by attending conventions and making connections with writers and artists. 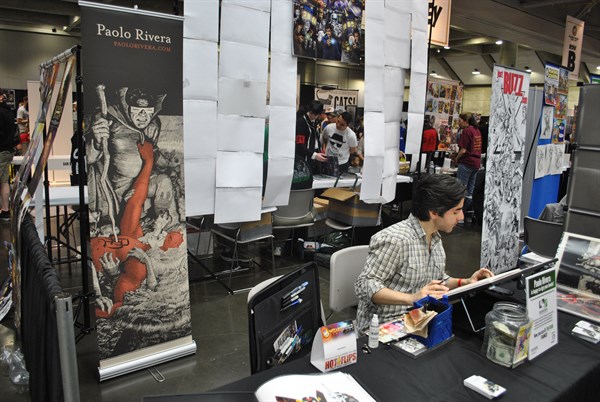 “The artists will tell you how to improve, and the writers will actually hire you,” Rivera said.

He said when we got hired by Marvel in 2002 artists weren’t on the Web the way they are now. Now an artist doesn’t have to live in New York to get noticed by Marvel or DC, but the downside is, the talent pool is huge and the competition is fierce. He said as a result more artists and writers taking the independent approach.

Like Melissa Pagluica’s book, 'Above The Clouds.' Pagluica is a Sacramento native and over the past couple years she’s aggressively working the comic convention scene. She just released her first comic book and said the response to both her storytelling and art has been wonderfully positive.

“It’s been an exciting journey,” Pagluica said, “Having an online presence is super important.” She said whether fans find her work online or at conventions, the important thing is getting her work in front of as many people are possible. And it’s paying off.

She was recently commissioned to do a cover for the company that makes the Adventure Time Comics.

"The right people saw (my work)," Pagluica said, and that's one of the reasons she's so dedicated to getting her work to conventions. 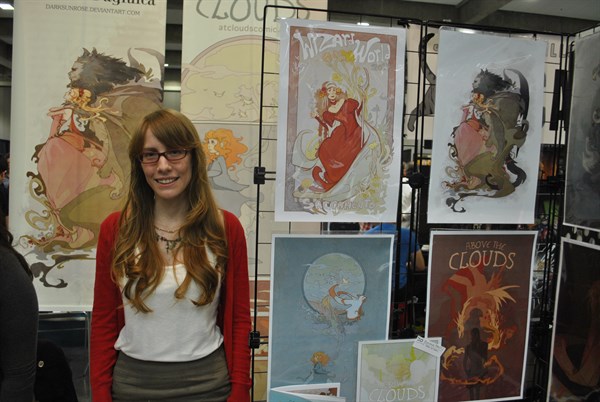 So whether you’re looking to break into the comic business, want some original art, need an autograph from the green Power Ranger, or just enjoy dressing up like Batman, there’s plenty to do and see at Wizard World Comic Book Convention this weekend in Sacramento.

Listen to Beth Ruyak’s interview with James Marsters, of Buffy The Vampire Slayer Fame, he played Spike. Marsters will be at Wizard World Saturday and Sunday and his band, Ghost of the Robot is playing at Assembly Saturday night.