About eighty people showed up for an auction at the old Campbell's Soup plant in South Sacramento this morning.

About 4,000 items formerly used to make soup, juice and spaghetti sauce were up for bid.

Hackman Capital Partners owns the site now.  The company's Nate Ellis says there is between $6 million and $8 million worth of machinery and tools up for bid.

"Those are diaphragm pumps. On the other side, those are flow-meters.  So as you're pumping soup or whatever it is that you're processing through it makes it so you don't build too much pressure in the line and pop it, pneumatic valves, mechanical valves, there's different Waukesha pumps. So you either moved everything in here by conveyor or you moved it by hydraulic pumps."

Campbell's left behind all sizes of machinery when it moved out last year: small pumps, 20-foot tall vats and five-story-high cookers.

"There's dicers in there and kettles and tanks and obstructors and things of that nature."

Hackman Capital Partners says the new owners have leased out part of the plant to a canning company, but almost all of the million-and-a-half square foot plant is still available.

Campbell's closed the plant last year. It opened in 1946. 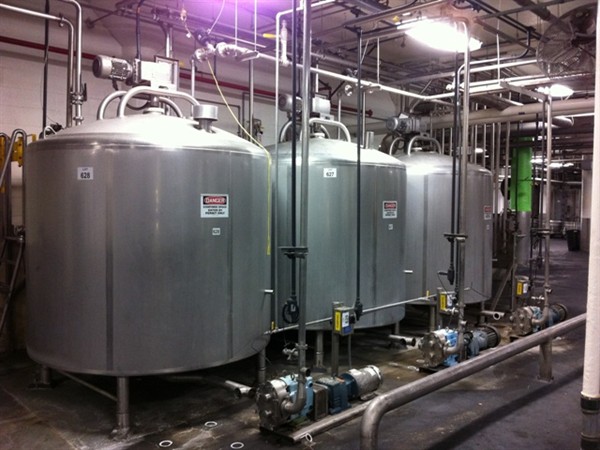