The second snow survey of the winter has found water content statewide at just 12-percent of average for this time of year.

To put it in perspective, statewide records go back to 1960. The lowest water measurement ever was 21-percent in 1991.

Donner Ski Ranch hasn’t been able to open its trails yet. But General Manager Lincoln Kauffman says he remains hopeful.

“We’ll adapt and overcome and get ready for what’s next. It can be pretty gut-wrenching at times,” Kauffman says.

Andy Wirth is with Squaw Valley and Alpine Meadows Resorts. He says he’s overjoyed by the snow this week. It will mean more trails will open.

“This is a snow storm that’s not going to get us but one marker closer towards being better but it’s a great storm," says Wirth. "We have about nine inches of new snow at Alpine Meadows Squaw Valley, in total we think we’ll get about 30 to 35 inches out of this storm.”

The state’s major reservoirs remain low. Lake Oroville and Shasta Lake are at 36-percent of capacity.
Not only was 2013 the driest calendar year on records going back to 1895, but forecasters say this January may go into the books as the driest ever.
Related Story 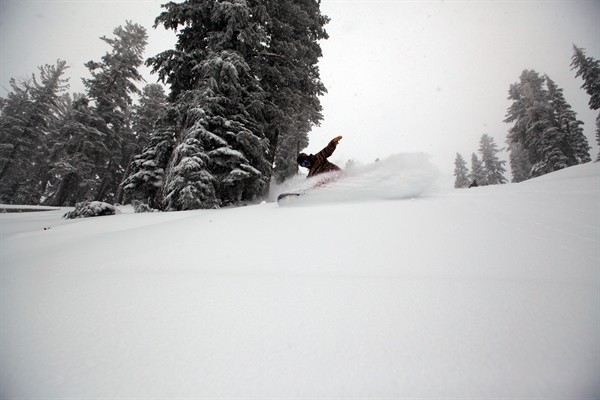