The City and County of Sacramento will open an overnight warming center for the homeless and people without heat during this week's cold snap.

A building at the Southside Park swimming pool in the city of Sacramento and will open at 8:00 p.m. Wednesday and stay open until 6:00 a.m. Thursday.

The Sacramento Office of Emergency Services says, in order for a warming center to be opened, the weather forecast must call for at least three consecutive days with below-freezing temperatures.

Stephen Cantelme with OES says most of the people who have used the warming centers in the past were homeless.

"We have I think a capacity of between 50-and-65.  If that is not enough, we have contingency plans to open up others to meet that capacity.

Cantelme says the office expects a half-dozen people to take advantage of the shelter.

The warming center will also have a kennel for as many as 10 dogs.

The City of Elk Grove is also opening a warming center Wednesday and Thursday nights. Both centers could be open through the weekend if warranted.

The National Weather Service says the snow level could drop to 500 feet this weekend. 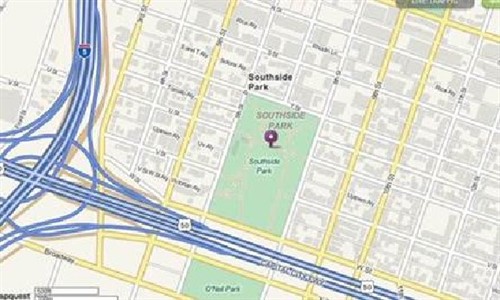 About 1,700 people are in emergency shelters or long-term, temporary housing. But Michele Watts with the non-profit Sacramento Steps Forward says there are still 800 people who will sleep in doorways or tents as the temperature drops well below freezing.  She says the focus of homeless advocates is housing first, treatment second.

Watts with the non-profit organization Sacramento Steps Forward says there are still shelter beds available in Loaves and Fishes' winter sanctuary.
"The program can accommodate up to 120 people. And, the way it works: we do screenings at Loaves and Fishes at 9 a.m. However, we today didn't fill all the beds in the morning, so we're doing a second round of screening this afternoon back at Loaves and Fishes because we know it's going to be so cold."

Every night during the winter, Loaves and Fishes busses people to a participating congregation to spend the night.

The program exists in part to pick up the slack for the now-defunct  winter shelter program at Cal Expo. The County says it has no plans to open warming centers during this week's cold snap.

Low temperatures are expected to dip into the mid-to-low 20's in the valley Wednesday morning.

This year's homeless survey found 100 more people on the streets compared to last year.  The next survey will likely take place some time in January.