California's Health Marketplace Opening, Through the Eyes of One Uninsured Woman

Even before the Covered California call center in Rancho Cordova opened, there were floating balloons and words of congratulations. Health leaders participated in a kick-off celebration. Before the end of the first hour, hundreds of callers were on hold waiting to talk to agents about enrollment. 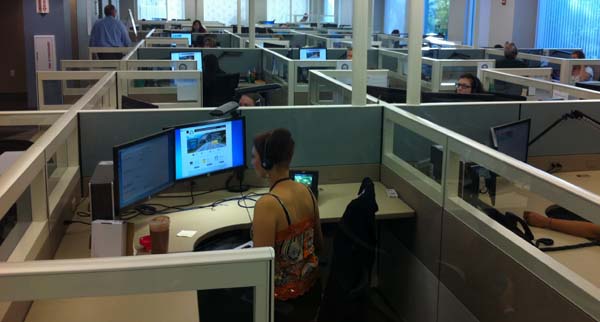 “California’s doing a great job, but this is national, this is the entire nation saying health care is a right, not a privilege. It’s happening in every state in the country, it’s a new era for the nation, which is truly historic.” - Peter Lee, Covered California executive director

The day also marked a new era for 41-year-old Melissa Martinez of Davis, California. “I was diagnosed with lupus 19 years ago. I was 22, and I have seen it all. I’ve had good times and bad times," she says.

Martinez works at home as a branding and marketing consultant. And she’s uninsured.

For the past three years, Martinez says she’s been paying out-of-pocket to see her doctors, and buying her prescriptions from Canada.

She says the scariest part of being uninsured isn’t having an autoimmune disease – it's the fear of health problems she can’t anticipate – like accidents, and another serious illness. “It’s been very scary to think about you know, ‘what if?’, and ‘then what?’” 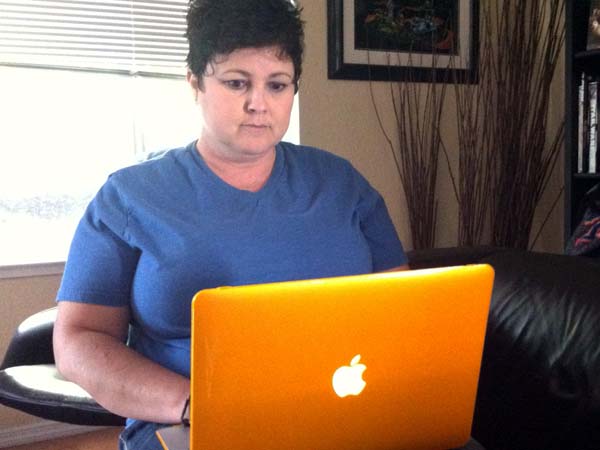 So just after the Covered California’s website was made available for open enrollment, we asked Martinez to log-on. At one point, the screen went blank, but it came back, and she was able to use the site's “shop and compare” tool.

“So as I said, there’s three of us, and I’ve definitely been working about a quarter time…”

Martinez is single and has two kids. Because of her illness, her income was limited to $30,000 in 2012. When she finished entering her information on the computer, a handful of plans popped up. She says the silver plan looks right to her. It has a premium of about a $100 a month, and a $500 deductible.

People with different medical and financial needs may have different opinions about the affordability of the available plans. Even Martinez says there are a lot of unknowns about the health law.

But she says she thinks the federal law is a step in the right direction, and her chronic health problem isn’t the primary reason she’s planning on buying coverage soon.

“I don’t want to be that person that ends up going to the ER every time there’s a common cold, or there’s a situation because that is just perpetuating the issue. I think if everybody gets educated about how the system works, and if everybody goes into it, we’ll have a solid base.” - Melissa Martinez

By mid afternoon, Covered California says, its site had 5 million Web hits. But there were still some problems. The site wasn’t ready to enroll employers in the exchange set up for small businesses. 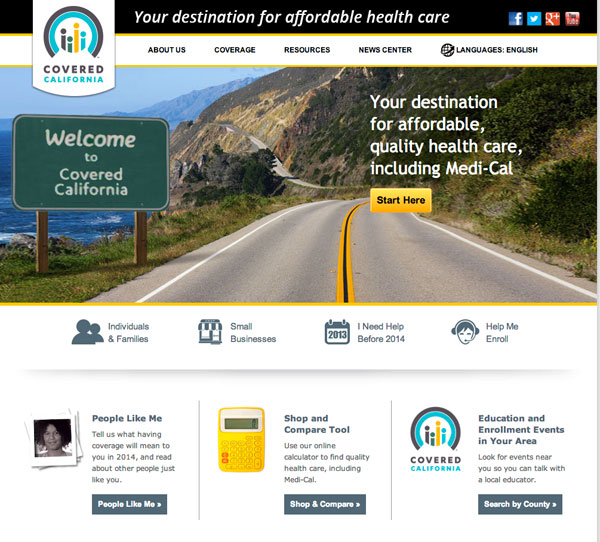 But implementers of the law in California are looking at long term success.

“This is just the beginning. It is a marathon and not a sprint, we are at the starting line. This is going to take weeks and months and years to experience the full benefit of the Affordable Care Act.” - Diana Dooley, California Health and Human Services Secretary

There is one other thing that California health policymakers don’t know yet – enrollment numbers will be not be released until November 15.