When Mayor Kevin Johnson announced that Sacramento would be America’s Farm-To-Fork Capital, Rabbi David Wechsler-Azen was there. He regularly mingles with chefs. He shows up at wonky regional food seminars.

“I would basically say I care about kids going hungry and I’m hearing that it’s really hard for a lot of people to get fresh food, and I want to do something about that. And they’re like… OK. At this point, people are used to Rabbi David showing up,” explains Wechsler-Azen.

The 54-year-old rabbi and father of five was going to be a lawyer, but rabbinical school offered him more opportunities to help people.

“The idea in this country that one in four of our young people go to bed hungry is an abomination. I can’t tolerate it,” says the rabbi.  “Those of us who are really concerned about the lower income neighborhoods were saying, ‘how are we going to take this and make Sacramento not just the farm-to-fork capital for restaurants, but for all the neighborhoods?’ " 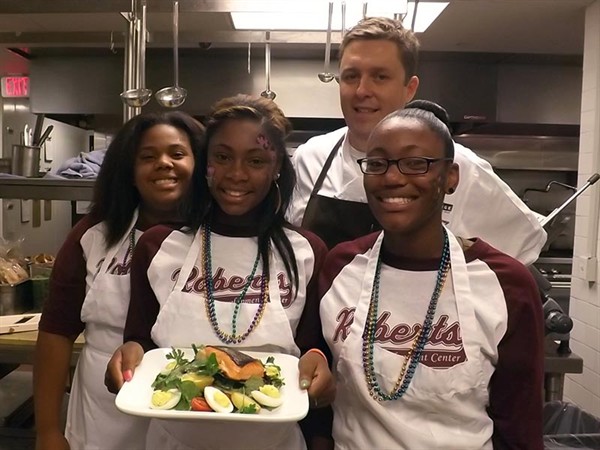 So Wechsler-Azen created cooking competitions called The Change Game, and found them a home in Sacramento’s farm-to-fork movement. Curriculum is from Teen Battle Chef, a nationwide youth development program. When Wechsler-Azen was approved to put on a Teen Battle Chef at this weekend’s Farm-to-Fork Festival, he needed chef mentors. He picked up the phone and called top farm-to-fork chefs Oliver Ridgeway of Grange and Adam Pechal of Tuli Bistro and Restaurant Thir13en.

“I have chutzpah,” explains Wechsler-Azen.

The kitchen at Grange is heating up for dinner service as chef Oliver Ridgeway is teaches Salade Nicoise to three girls from Grant High School, known as the North Sac team. They’ll be making this dish on the spot this weekend for Teen Battle Chef.

“Just give it a good whisk,” he instructs them.

“There, it’s all starting to emulsify,” observes Ridgeway.

To which another girl declares “We’re cooking with the big boys!”

Each team in the competition has a mandatory nutritional goal. The North Sac team is cooking to benefit eye health. 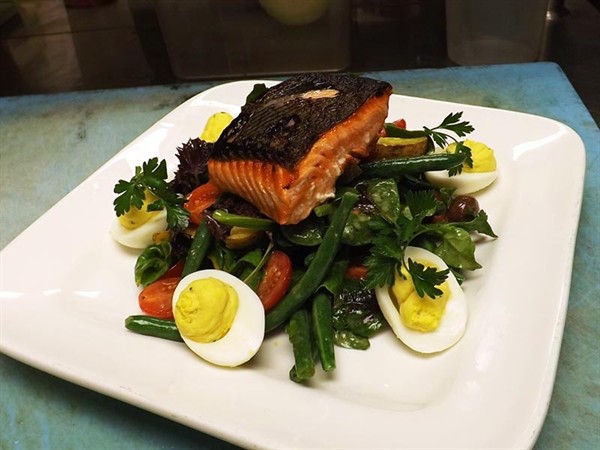 “The ladies have worked on a salad already,” says Ridgeway. “We wanted to go with salmon, because we’re focusing on eyes…eggs, leafy greens… It will look nice, it will taste nice and it will be good for the eyes.”

Over at Restaurant Thirteen, Chef Adam Pechal and the South Sac team are all strategy with Rabbi David.  Pechal is competitive, having already experienced his own battle on NBC’s “The Taste.”

“We don’t want, you know, to throw up cardboard to the judges. We want good, tasty food that is healthy that, you know, kids and families can enjoy and eat,” says Pechal. 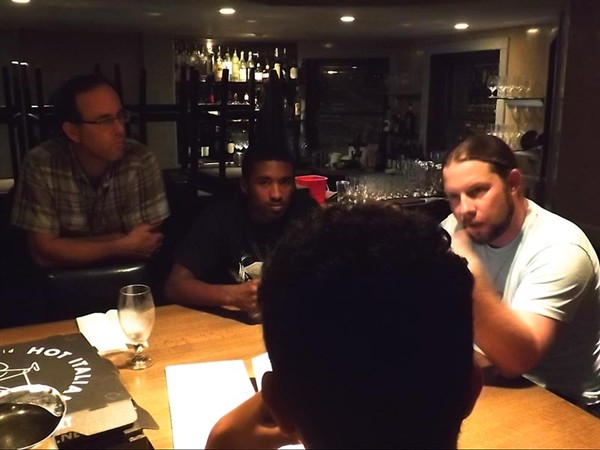 This team is mostly from Sacramento High and Luther Burbank High. Not only does the food have to be great, this menu must also promote dental health. Pechal dissuades the team from making chicken with peach glaze, which is heavy on the sugar.

Not so great for the teeth. But these kids have done dental health homework.

“Strawberries, they whiten your teeth,” says one of the teen chefs. Another points out the dental advantages of chewing mint leaves. And a third states “Honey is a natural probiotic.”

“A lot of my family they get sick easily from their eating habits,” says Alves.  “There’s been like obesity, heart failure, and I didn’t want to go down that path, and I wanted to help the rest of my family, like, get away from that path.”

The Teen Battle Chef face-off is at 4 pm Saturday at the Demonstration Tent at the Farm-To-Fork Festival on Capitol Mall.