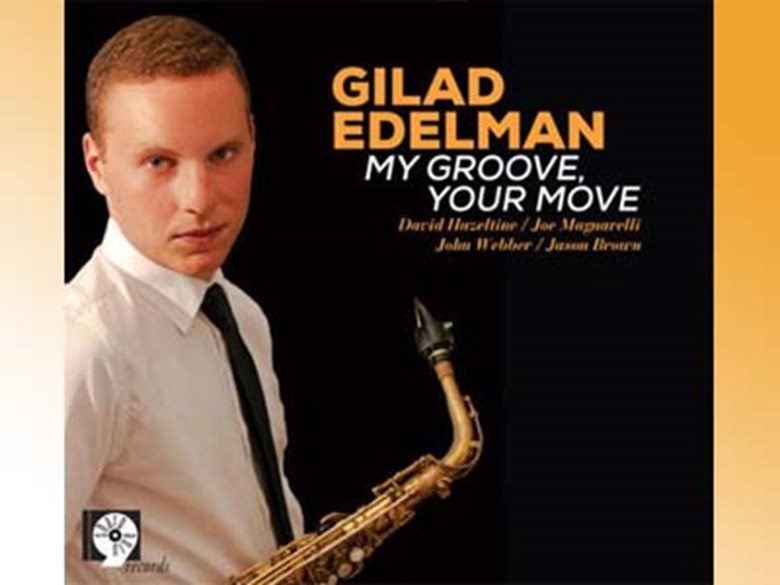 Gilad Edelman had me at “I Love You.” It’s the first track on his album and the Cole Porter standard is perfectly done. Picture getting home after a long day of work, kicking off your shoes, rubbing your sock-feet on the carpet, and pouring yourself a scotch; that’s how My Groove, Your Move starts.

After you’re done relaxing with track #1, “On the Street Where You Live” puts some tap back in your toes. The well-worn tune gets new soul with Edelman’s jaunty version. And you can’t lose with “Sweet Honey Bee,” where Edelman seems to channel Art Blakey & The Jazz Messengers. It’s a bite of hard-bop goodness for the 21st century.

It could be enough to have a great selection of tunes, but it never hurts to have some top-shelf sidemen on your record. Pianist David Hazeltine lends his fleet fingers and even pens the last track, “The Lineup.” Joe Magnarelli does double-duty on flugelhorn and trumpet, and as the crowning touch, Edelman’s dad, Marc, is the producer of the whole swinging shebang.

If you’re still not convinced to try My Groove, Your Move, then know that Gilad Edelman has the power to change minds. I had another record I wanted to review but after listening to this one, I never looked back. There’s probably a reason Edelman is so persuasive—he’s a student at Yale Law School and an LSAT tutor. Not a bad day job, but there’s no question he’s good enough to make a living by his night job alone.