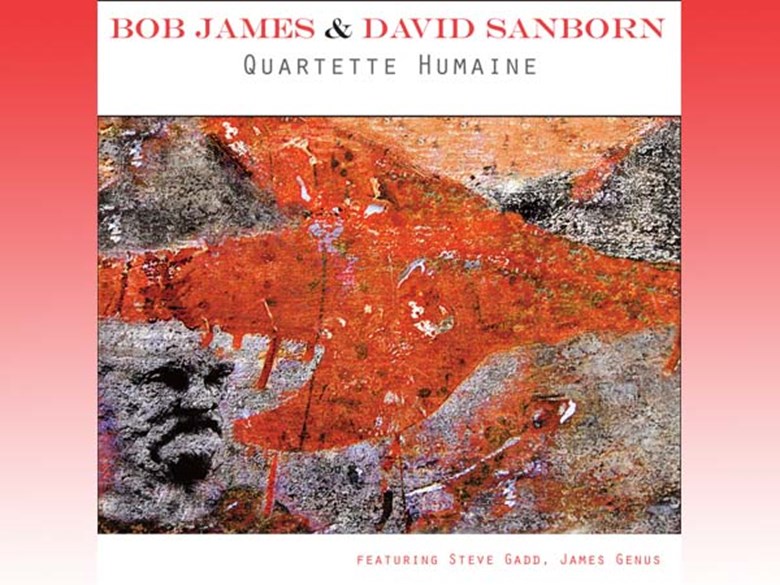 Short-term collaboration in jazz is what keeps the music fresh and interesting. Many great jazz musicians understand that mixing things up in the studio is the only way to perform at peak creativity. For only the second time in nearly 30 years, pianist Bob James and saxophonist David Sanborn have issued an album of their joint studio sessions.

To my ears, they’ve coaxed each other away from careers that have flirted with “Smooth Jazz” and come up with much more substantive performances. The nine tunes on Quartette Humaine (a fancy French way of titling it “Four People”) run a pretty wide gamut of moods and structures, but the standouts tend towards haunting, minor-key atmospherics. “ Geste Humain” (human demeanor) is reminiscent of the sighing sound of John McLaughlin’s “Follow Your Heart” and seems among the most balanced on the album.

On “Another Time, Another Place,” Sanborn shows that he probably grew up in thrall with John Coltrane, though his playing is not all that derivative. And, all involved decide it’s time to have more fun with “Down in the Weeds.” This song gives in-demand drummer Steve Gadd a chance to play out front a little. The foursome is rounded out with a younger man: bassist James Genus who has been with James for 20 years (He’s off with Daft Punk at the moment.)

Though, sometimes I wish Sanborn had a smaller part in some of the songs, overall this is a satisfying listen throughout.

The band is booked for Yoshi’s in Oakland and San Francisco in the middle of October.