Amador County has long made a living off the land. In the late 1800’s gold mines snaked their way far below the county’s rolling hills. One of the deepest was the Kennedy Gold Mine, which has stopped producing gold, but offers surface tours.

The mine provided jobs, but the work was grueling, and the conditions in the mine were exhausting. Miners worked in air temperatures around 87 degrees and in near 100 percent humidity. And the payoff was small. The mine produced just about 10 ounces of gold from every cart full of ore. 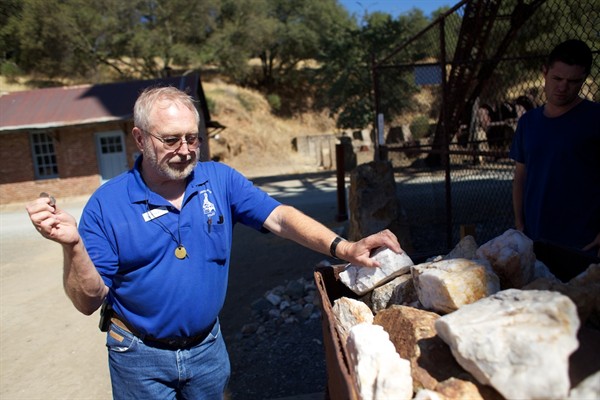 The work could also be dangerous. Tour Guide Richard Fisher said Kennedy Mine lost 26 people during its operation. The mine museum has a list of all the ways miners died.

”Greasing skip at surface, stepped across shaft and fell down shaft,” reads Fisher. “Says it all.”

Still, the gold rush was a boon for Amador County, attracting thousands of immigrants and their families.

“My great grandfather came from Lyon, France,” says Plasse. “(He) went up to Volcano, a little community just a little east from here and mined his gold and created his stake at which he started a trading post on the Carson Immigrant Trail and trading with settlers coming across in wagon trains over the Carson Pass.” 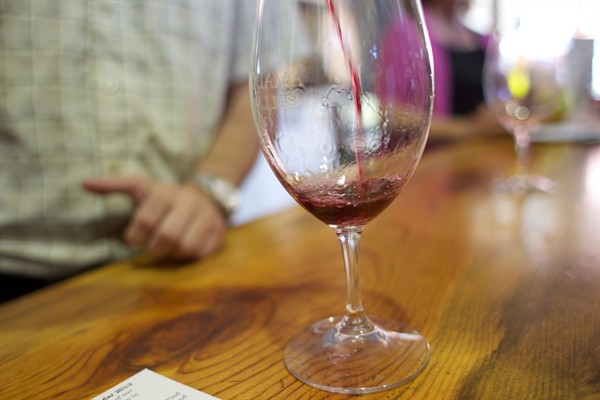 And what gold rush did for Amador County in the 19th Century, Plasse says wine is doing for it in the 21st.

“Maybe that’s the new purple gold rush if you will, the color of grapes and bringing the tourism to Amador County,” he says. “It’s very much a burgeoning region of our county and a real growth sector in our economy.”

The growth has been steady and sustained for Larry Long and his wife Linda, the owners and winemakers at Amador Cellars. They’ve run the place since 2000 and Long saidbusiness has increased every year.

On a recent Saturday the vineyard offered a bottle-your-own wine event. Dark green bottles were stuck under a spout and quickly filled with wine. The bottles were then corked, sealed and labeled by hand. Long says practice makes perfect.

His tasting room was filled with people waiting to get their chance to fill up a bottle or two. While they waited Manager Rob Holgate poured sample tastings and talked up the wine.

“So Barbera is coming up next," Holgate explains as he makes sure everyone gets a splash. "I don’t need to tell you this is a very popular grape out here in Amador County." 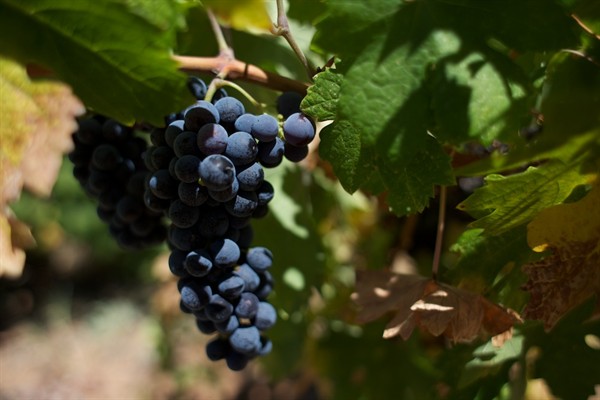 Standing outside looking over his 22 acres of vines, Long points out the different varieties of grapes ripening in the hot summer sun. He’s grateful his business is a bit more predictable than mining for gold.

“Here you’ve got a known quantity of fruit for the most part,” he says. “And in a good year you know roughly what you’re going to get and how much wine you’ll be able to produce from that.”

And grapevines tend to more prolific than rock. Long says one vine will likely produce a bottle or two of wine.

Back inside the tasting room Francy McGinnis and her husband indulge in some samples. The couple owns a home in Amador County and McGinnis says they enjoy discovering the area’s past as much as they enjoy the wine.

“We don’t go gold mining,” she explains, “but we do enjoy learning about the history and seeing many of the variety of places that have preserved some of that history and tell the story of it.”

And whether it’s gold or grapes, the story of Amador County’s success continues to include the rich resources that have attracted people to its rolling hills for generations.