California Among Top Ten in Nation for Government Spending Growth

The list looks at the direct government spending growth of all 50 states between 2001 and 2011. California comes in at number 10, with a more than 35 percent spending increase.

Joe Henchman is with the non-partisan, non-profit Tax Foundation, which conducted the survey. He says, on average, California’s spending increased about 3.5 percent each year during that period. And he says the steady climb is notable given the economic highs and lows California experienced during that time.

And what does Henchman make of politicians who say the state has gone through years of budget cuts?

“When politicians talk about spending cuts, they’re usually not actually talking about cutting the way most people think you mean when you say cutting,” he said. “What they’re talking about is, we’re going to grow spending less in future years.”

Louisiana ranked first on the list with nearly 64 percent spending growth. But Henchman says much of that can be attributed to costs related to Hurricane Katrina.

The survey figures were adjusted for inflation. 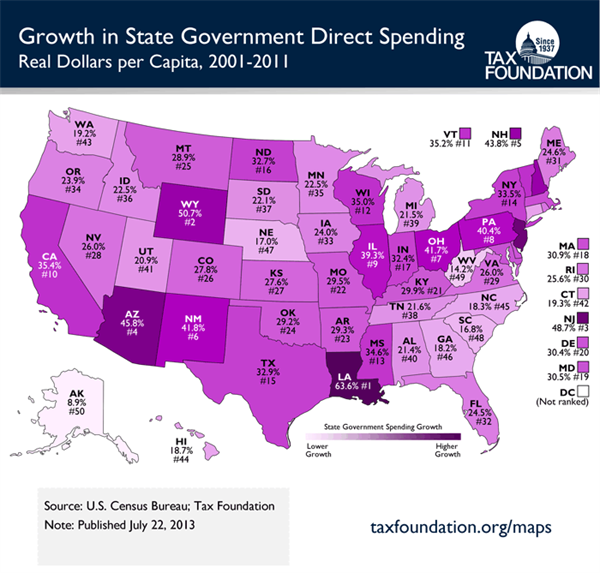 Click map for additional mapping from the Tax Foundation.