Workplace Wellness Programs Take Off, Using Money as a Motivator

Susan Southard walks 10 miles a week without taking her eyes off a computer screen.

Every day at 12 noon, Southard uses a treadmill desk for an hour at her office in El Dorado Hills. She adjusts the height of the desk, turns on the fan, and starts walking at two miles per hour.

“I’ve lost weight over the last couple of years, about 40 pounds," says Southard. "That’s really without changing my eating habits.”

The mileage she puts in on her walking work desk has helped her shed the pounds. She likes being able to work normally at her keyboard while getting a workout.

“My doctor has told me that I’ve gone from morbidly obese to just obese now," Southard laughs.

Southard says she has more energy. She also has more money in her back account.

Her employer is the health insurer, Blue Shield of California. It offers an average 18% discount on health premiums to employees who meet specific health goals. Treadmill desks are just one aspect of the company’s workplace fitness and healthy eating initiatives.

“The traditional model has been ‘exercise 20 to 30 minutes’ a day, three to five days a week, etc., etc. And we’ve been trying that for 20 to 30 years," says Bryce Williams, Vice President of Wellbeing at Blue Shield of California. He says anybody who is inclined to follow that regimen would have already done it.

"But what it really means is 'I’ve got to come in early, go home late, skip my lunch, miss my kid’s ballgame, and if that’s what we’re up against we always lose,” he says.

Blue Shield of California, says its in-house health program, Wellvolution, may have brought millions of dollars in savings for the company and its employees.

“When we started this, about one in four of our employees was hypertensive with documented high blood pressure - which is a pretty damning indictment of a health care organization, right?," says Williams. "Now that number is one in ten."

The California health insurer is not the only large employer to join the workplace wellness trend. 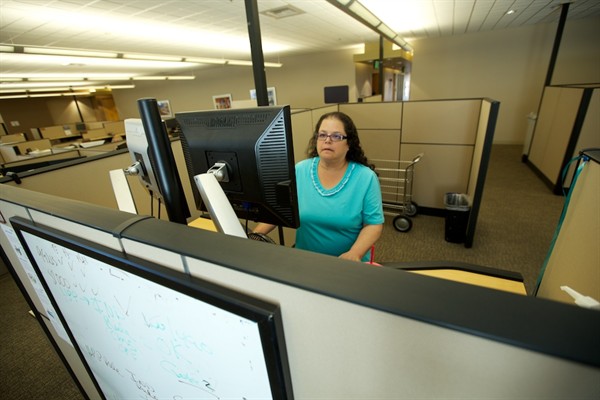 Tom Parry of the Integrated Benefits Institute says for a while, employers responded to rising health costs by changing coverage to shift costs to employees.

"As health care costs have steeply increased over the last decade or so, employers have really struggled with what to do," he says. "Employers have come to realize that the only real way to improve the economic burden of health care is to improve health."

Parry says it’s hard to know how many California workplaces use the programs, and there’s wide variation in what they look like. He says it’s also difficult to measure if they effectively reduce health costs (although a recent RAND study suggests they do have an impact on excercise, weight control and smoking).

Parry’s group does research to help employers evaluate wellness programs not just by measuring health costs, but by looking at improved absence rates, productivity and disability.

The impact of workplace wellness programs is questioned and controversial.

Critics are also concerned about fairness. They say workplace wellness programs may just be a way to shift health expenses onto people whose circumstances make it harder to be healthy.

"For the 20 something young person, let’s say a single young man who’s – everyday, punches out at five and goes to the gym, he may be in a very different position than a young mother with three kids who’s maybe working part time and has to take a bus after work to pick up children at day care. They’re not on a level playing field," says Democratic State Senator Bill Monning.

Monning offered a bill this year that would have prohibited financial penalties in California-regulated workplace wellness programs.

Monning and others say these programs are likely to flourish under the new federal health law. He says he supports the idea, but workplace wellness programs should reward participation, not force people to pay more if they have pre-existing conditions.

"These are good objectives," he says. "We just don’t think they should be linked to premium payment penalty for those who aren’t able to achieve those health outcomes."

Blue Shield of California says is employees can also get discounts for participation in programs like weight loss. They can also get a discount with a doctor’s note excusing them. 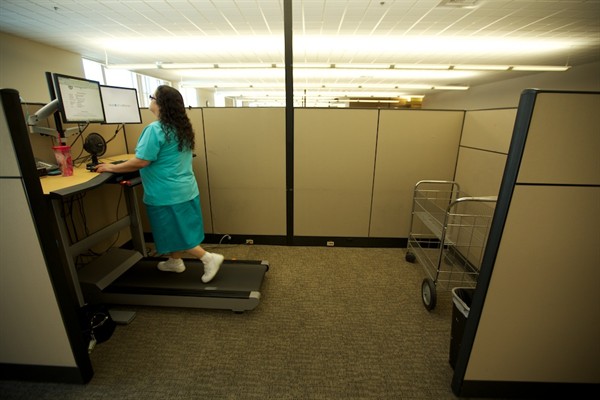