Sacramento, Calif. – June 1, 2017: As California’s home prices continue to outpace income growth, the question of how to house the state’s growing population in an unaffordable market has reached crisis level for many Californians.

That’s why Capital Public Radio is diving into this topic not only through our reporting, but also by engaging our community and policymakers in dialogue toward understanding the challenges and opportunities the state faces in forging a path forward.

Our year-long initiative will culminate in a series of podcasts and an hour-long audio documentary that explore the complexities of housing affordability. Throughout the year, coverage will also feature active engagement with key players in the community.

In May, 2017, CapRadio and the Milken Institute, a nonprofit economic think tank, co-hosted the Sacramento Housing Forum in collaboration with The California Business Roundtable and the Local Government Commission.

“It’s important for us to convene thought leaders,”  says Rick Eytcheson, President and General Manager of Capital Public Radio. “It helps inform our journalism, so that we can better address issues from a more informed standpoint.”

The forum gave state and local legislators, policy makers, mayors and journalists a platform to address sources and potential consequences of the housing crisis in depth. A series of panel discussions fostered broad-ranging discussions from skyrocketing rent prices to the role of red tape in holding up new housing development.

Kevin Klowden, Executive Director of the Milken Institute California Center, opened the forum by calling attention to an unspoken consequence of the problem. As the high cost of living puts pressure on low and middle-income Californians alike, he warned, it impacts the resiliency of the state’s economy as a whole. 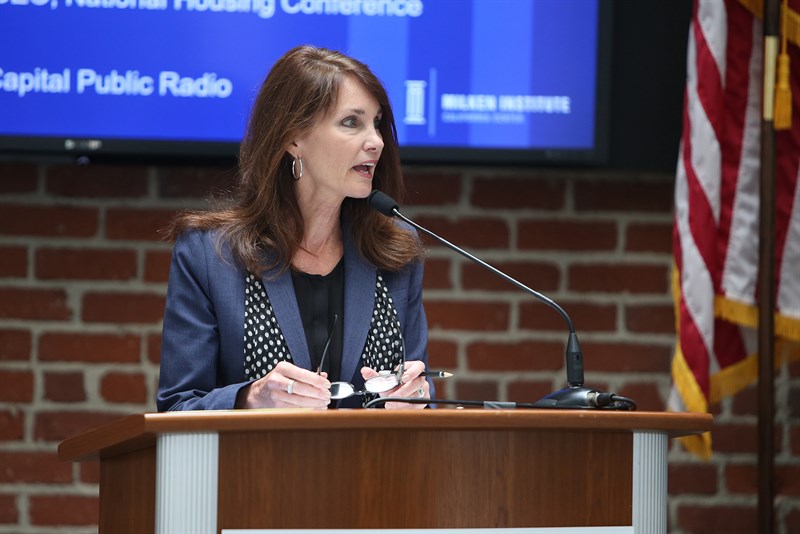 Putting a national lens on the subject, Estes said communities across the nation are also facing housing shortages and affordability crises, but the West Coast has one distinct advantage over the rest of the country.

“Your problem is, you’ve got so many people who want to be here,” he said. “You [have] areas of economic growth and opportunity, so it’s a good problem to have, in some ways.”

But where will those new Californians live? And how will they afford it? Those were central questions for the day’s final panel, which detailed regional challenges, with Sacramento Mayor Darrell Steinberg and Stockton Mayor Michael Tubbs. 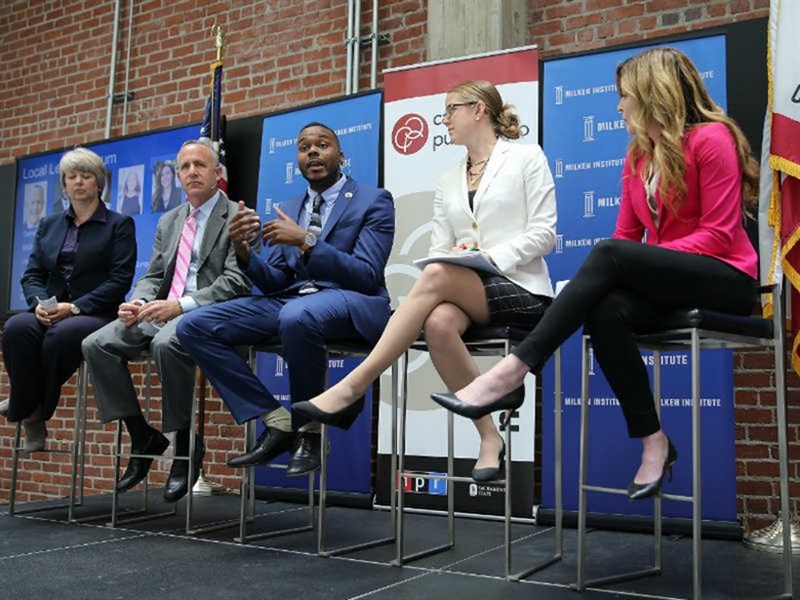 Tubbs spoke of the struggle to build multi-family units in Stockton – which he described as a “housing insecure community” – when profit margins aren’t high enough to spur development.

“We have a crisis here,” Steinberg said, echoing the theme of the day. “And it is going to take an unprecedented level of cooperation between state and local government to solve it.”

The 2017 Sacramento Housing Forum is another example of CapRadio’s commitment to service in the community.  “Like so many complicated issues,” Eytcheson said in his opening remarks, “the search for a solution often begins with a conversation.”

An excerpt from the forum’s keynote panel touching on the scope of the affordability dilemma and the challenges federal and regional policymakers face in seeking solutions can be heard here.

CapRadio’s upcoming documentary on housing affordability, scheduled to air fall 2017,  will be produced by our award-winning team at The View From Here, whose most recent work featured the first-person stories of undocumented immigrants in California.

The Milken Institute is a nonprofit economic think tank, and its California Center focuses on the connection between government policy and the state’s economy.

To learn more about CapRadio’s outreach and core values, please visit our Mission and Values page.