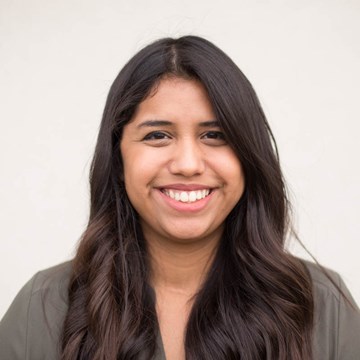 Hilda Flores is a Web Producer at Capital Public Radio.

Before coming to Cap Radio, Hilda was a Music Director and Production Manager at 91.9 KCSS where she curated music for Fat, Jazz, Blues, and Reggae shows, and helped to create podcasts for students enrolled in the radio production laboratories at Stan State.

Hilda was also a reporter and editor at The Signal Newspaper at California State University, Stanislaus, where she received her bachelor’s degree in Communication Studies with a minor in Journalism.

On her spare time, Hilda enjoys watching Netflix, hanging out with her dog Lola Flores, and making balloon animals.