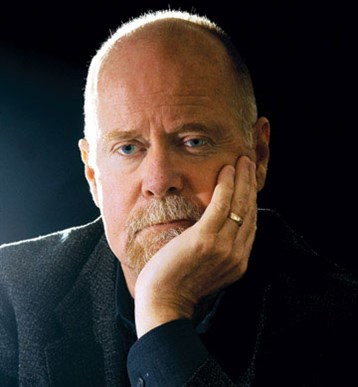 After almost 30 bestsellers, author John Lescroart can still dish up a surprise. In fact, his latest book features a new character.

John Lescroart makes a living by simultaneously entertaining his readers and scaring them. His storylines and his characters lure you in and make you hold your breath. And every book starts with one strong gut feeling from the author:

That was how John Lescroart described the process of writing Fatal, his latest novel.

“I had a contract for three books,” he explained, “and this is the first of that three-book contract. And I decided to write a standalone book that was not a Dismas Hardy book. Why I decided to do that, I don’t know. I just had to.”

Dismas Hardy has been one of Lescroart’s primary characters for years.

Lescroart often says he panics over manuscript deadlines, and that anxiety seems to work to his advantage. Fatal is getting great reviews. It is a thriller novel about an affair with a tragic outcome. One night of infidelity leads to a deadly incident. 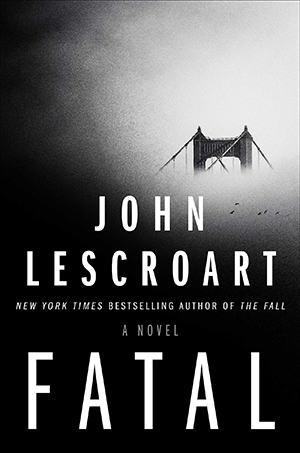 “There is a large truth element to this kind of infatuation,” Lescroart said. “The culture is so accepting of things nowadays in many ways. You know, it’s not a big deal. It’s just a little peccadillo. You’re going to do something that’s a little off the beaten track. And, you know, you just probably shouldn’t. It can lead to some big problems.”

Even as a seasoned author, with almost 30 bestsellers, Lescroart says there are some things that are difficult to write about.

“The actual writing of the seduction scene I found to be pretty powerful," says Lescroart. "It was upsetting to write. And it becomes compelling.”

The affair is not the most compelling part of the Fatal plot. The turn of events that shocks the reader also came as a big surprise to the author. Lescroart lets the storyline dictate to him, rather than following a pre-conceived outline. At some point in the writing process, the fiction begins to write itself.

“There is something that happens that is so unexpected in this book that I didn’t even see it coming when I was writing the scene,” the author explained. “I was literally sitting at my computer, and I knew I had to write kind of an interesting scene by scene by scene, and I was writing the story … And then something happened. But it is so big it changes the arc of the book.”

Many of Lescroart’s books share the same characters – most notably, Dismas Hardy and Abe Glitsky – but every now and then, he’ll create someone new. In the case of Fatal, the new character is Sergeant Beth Tully of the San Francisco PD.

“It’s kind of a risk to create a new character after you have 26 or 27 books with another character,” he said. “I just decided I had to bite the bullet and fall in love with Beth. And I had to figure out what she was all about and why she was so central to this book.”

Lescroart’s fans are just as much in love with his characters as he is. But it’s the writing -- the balance of craftsmanship with compelling characters -- that brings readers back, one book after another.

“The reason people care about characters,” Lescroart said, “is because you identify with them to some degree. And I think all of these people were torn by every decision that started to come up.”

Critics say Fatal is John Lescroart’s best novel yet. But with a contract that requires a book a year, it’s just about time for the author to start panicking again. And his fans can’t wait.

I will interview John Lescroart at the CapRadio Reads event on Tuesday, June 13th at 6 p.m. Click here for reservations.

Pulling up ‘A Seat at the Table’: Elk Grove bookstore and cafe celebrates first anniversary