The Trump administration's immigration enforcement chief could have gone anywhere in the nation to take public questions for the first time.

He chose Sacramento — the California capital, where legislative Democrats want to bar state and local authorities from working with federal agents and effectively create a "sanctuary state."

It started peacefully, with dozens of protesters gathered outside the Sacramento County gymnasium before U.S. Immigrations and Customs Enforcement Chief Thomas Homan spoke.

“We celebrate diversity,” De León said. “We don’t ban it, we don’t wall it off, and we don’t deport it.” 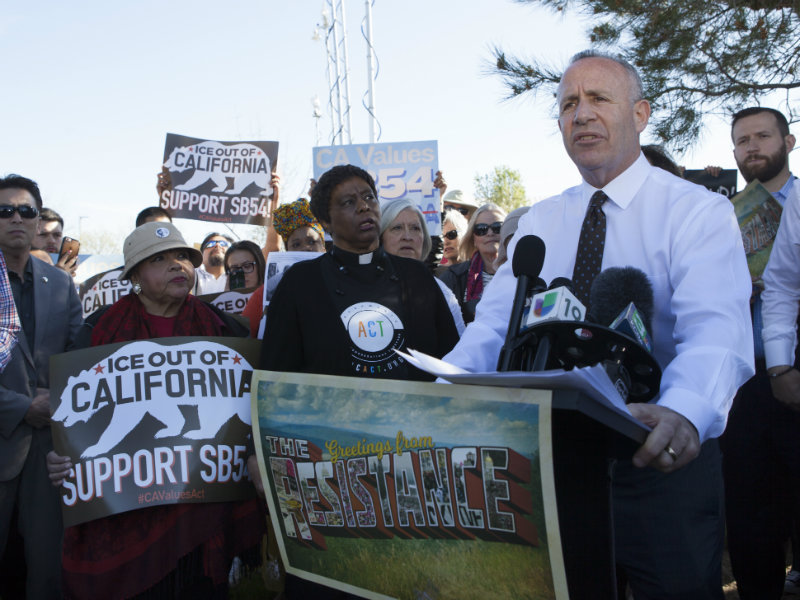 Mayor Darrell Steinberg addresses the crowd during a unity rally before the forum hosted by Sacramento County Sheriff Scott Jones with the acting director of U.S. Immigrations and Custom Enforcement (ICE), Thomas Homan on Tuesday, March 28 in Sacramento. Photo by Vanessa S. Nelson

Inside, the views were more diverse. Residents Don Kurtz and Barbara Dugal sat a seat away from each other, but their stances on immigration were far apart.

“We need to deport illegals, not cater to them, not give them social services,” Kurtz said.

“Let’s go after everybody that’s a ‘criminal,’ " said Dugal. “The majority are not the immigrants.” 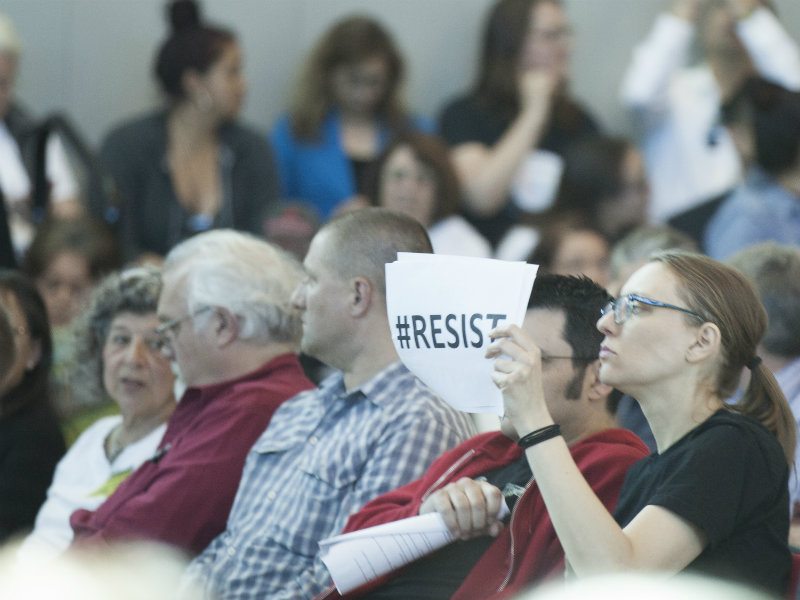 But the tension between factions exploded when Sacramento County Sheriff and former Republican Congressional candidate Scott Jones took the stage to introduce his guest. The shouting of protesters overwhelmed the early minutes of the event, causing ICE chief Homan to veer from his prepared remarks.

“Let’s be clear on one thing, ICE isn’t going anywhere,” Homan said to a mix of cheers and jeers. “We’re going to enforce the laws that are on the books in this country. So I came out to have a conversation in the community.”

The event continued after Jones ejected the most disruptive protesters, with deputies dragging out at least one who would not leave willingly.

Homan described his agency’s shift since President Trump issued an executive order his first week in office. The order broadened when it allowed ICE to remove immigrants who have not been convicted of a crime, although Homan says those who’ve committed violent offenses are still the first priority.

The president made one other major change. He promoted ICE’s head of deportations to be the acting chief — Homan. Since then, the agency has faced reports of sweeping raids and unusual deportations.

“This is un-American, this is not who we are,” De León said when it was his turn to ask on the microphone if anyone has questions.

De León pressed Homan about reports of a woman arrested at a courthouse as she sought a restraining order for an abusive husband.

“You have a woman who is fleeing domestic violence, and to add injury to insult to have the husband himself be the one who called the ICE agents to tip them off,” he said.

“I have to be really careful in what I say because there’s privacy concerns, there’s litigation,” Homan said. “There’s more to that story than you know, that made these people a priority for arrest.”

He says the agency does not make arrests at hospitals or schools—he justified another high-profile arrest, of a father after he dropped his child off at school, as occurring six blocks away. 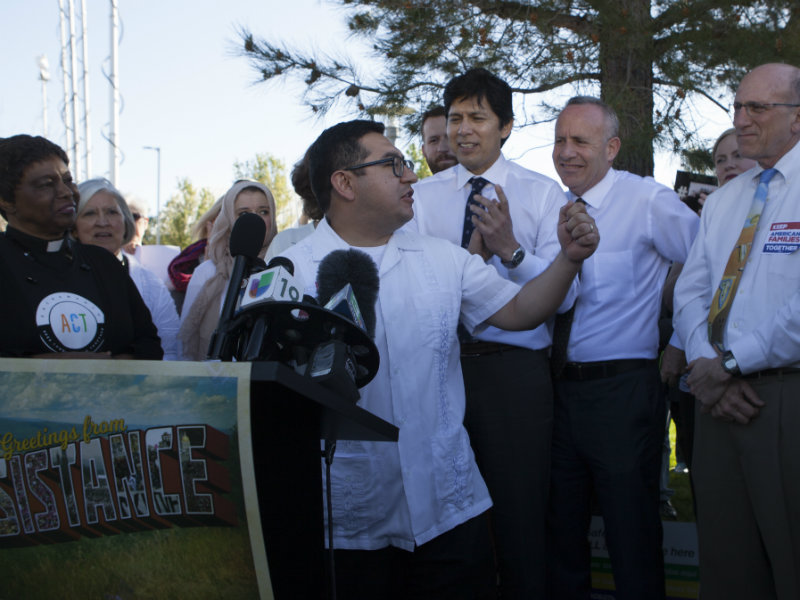 The event ended much as it started, with protesters booing. The only difference — outside, the crowd of demonstrators had swelled from dozens to hundreds.