California water managers say it may be time to drop federal flood insurance and start a state-run program. It could be a difficult and risky move. It could also provide a big break to California taxpayers.

Since 1994, Californians have paid $3 billion more in premiums than they’ve received in damage payouts from the National Flood Insurance Program, or NFIP, says Nicholas Pinter, with the UC Davis Center For Watershed Sciences.

One reason for the imbalance: California does a better job at protecting communities from flooding, spending billions of dollars over the last decade reinforcing levees near cities. 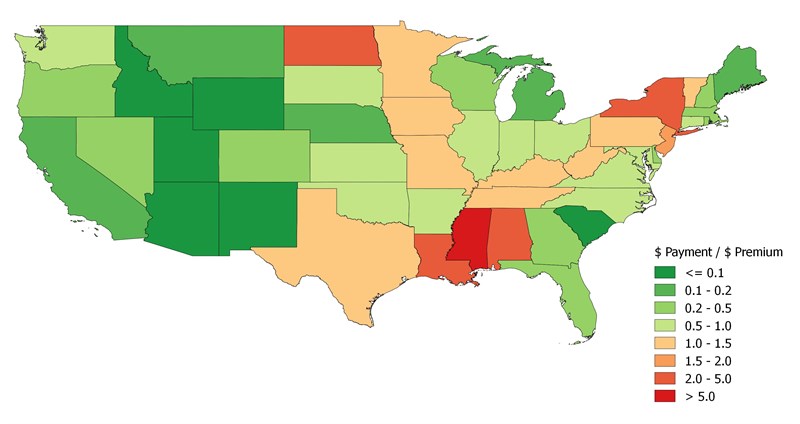 Pinter says other states may not manage flood risk as well. He says some states have a lot of properties that get subsidized rates because they were built in a floodplain before federal flood insurance was available.

His research also shows some states have properties that flood over and over and still get rebuilt.

“We know there are problems in the form of repetitive losses that some properties go to the till again and again, far more than anyone thought possible or thought was still going on,” says Pinter.

State flood managers say California can do better on its own.

“If we can show a cost-saving to individuals out there while actually improving the level of service the state could provide, then we would want to start talking about how we would structure the administration of such a program,” says Mike Mierzwa, lead flood management planner with the California Department of Water Resources.

Setting up a state-run insurance scheme comes with lots of questions, says Mierzwa.

“Would it be backed by the state general fund and the state taxpayers? Would it be something that could be self-sufficient and rely just on the premiums that are collected or would there be a partnership with private sector and private insurance?” 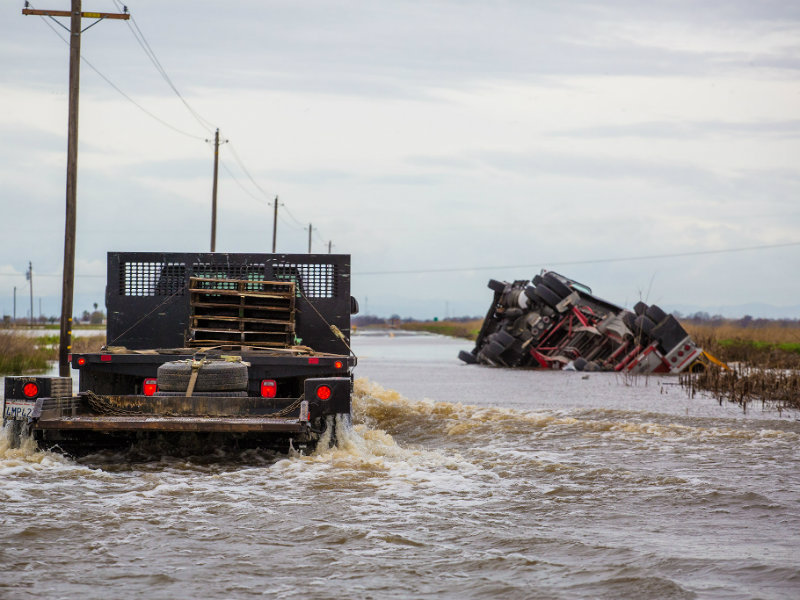 Relying solely on private insurers might backfire. They would likely pick properties least likely to flood so they could make the most profit.

That would leave risky properties in the state’s hands.

Big reinsurance companies like Lloyds of London could step in and assume that risk. That would be important, says Ric Reinhardt with MBK Engineers. He cites what could happen if a levee fails in just one Sacramento suburb – Natomas – which was built in a 100-year floodplain.

“The UC Davis study said that over the last 21 years, we’ve had $3 billion in premiums in excess of claims," says Reinhardt, who is a member of a state task force that’s recommending changes to the federal program. "In one flood event, if the Natomas basin were to fail, there’s $7 billion in damageable property. We could quickly exceed that amount.”

Without those changes, he says state-run insurance might be the best option.

“The upside is when you’re not having flood events, that money could go back into the levee system and that’s something that’s really attractive as we are struggling to identify funding streams to continually improve these levees,” Reinhardt says. 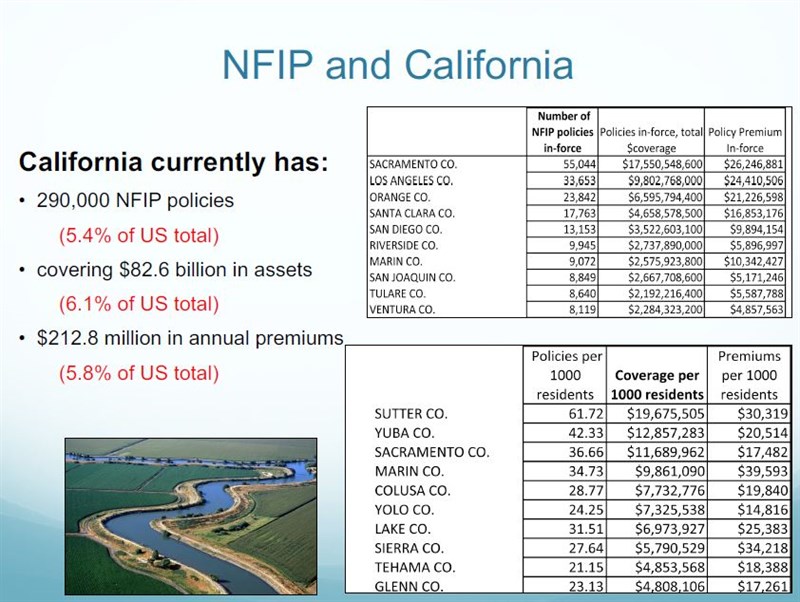 But Federal Emergency Management Agency officials say states get other benefits for their premiums to the NFIP besides flood insurance.

“If a state was to talk to me about pulling out, I would ask them, how are you paying for the analysis risk across your state? How are you looking at those flood maps, who’s developing those, who’s paying for those?” says Roy Wright, who oversees FEMA’s insurance program.

“In 2016, with the potential for El Nino flooding, we saw many Californians want flood insurance," says Wright. "Inside of five months, we saw a 35 percent increase in policies.”

State water managers say handling so many California policyholders would be a huge administrative task. It’s just one of the reasons the state has not pulled out of the federal program. But the draft Central Valley Flood Protection Plan recommends establishing a program by 2027.