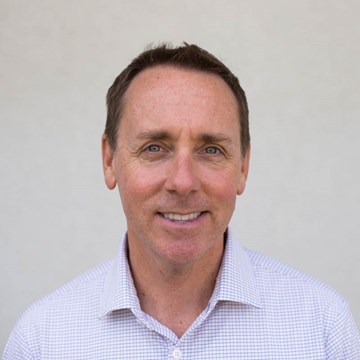 Randol White is an award-winning broadcast journalist with more than two decades of radio, television, web and print experience. He is a Northern California native with a lifelong connection to the Sacramento and Reno/Tahoe areas with several immediate family members also calling this portion of the state home. While growing up, his grandparents lived in Tahoe City and Sparks, his brother, a Sac State alum, settled in Elk Grove, and his parents retired in Lincoln.

Prior to coming to CapRadio, Randol was the first-ever news director at KCBX Public Radio on California’s Central Coast. He spearheaded a newsroom from the ground up, based on NPR-style reporting guidelines blended with a strong focus on the issues and topics important to his local audience. During his tenure, Randol won the prestigious first-place Public Radio News Directors Incorporated (PRNDI) Award for his creative writing and use of sound.

Earlier in his career, Randol anchored and reported at stations in California, Wisconsin, and Oregon.

Randol’s broadcast career began in 1995 on California’s North Coast, while hosting a weekly news-talk program on NPR affiliate KHSU. During that time, he simultaneously produced television newscasts and hosted a public affairs show at Eureka’s KVIQ CBS 17. He landed his first full-time television-anchoring job at Medford, Oregon’s KTVL CBS 10 in 1996. Over the years, he has also reported and anchored at several stations within the San Francisco Bay Area, including KGO AM 810, KTVU Fox 2, and NBC Bay Area.

When Randol isn’t working on his next radio news piece, he’s likely riding his bicycle throughout the area. A proud bike commuter for more than 30 years, Randol chaired the City of San Luis Obispo’s Bicycle Advisory Committee. This passion for multimodal transportation also led to his holding a seat on the city’s Mass Transportation Committee.

Randol can often be spotted shopping for veggies with his husband Ricardo at Sacramento’s Sunday morning farmers’ market under the freeway.