Davis Native To Participate In The First LGBT Showcase At SXSW

In 2005 Butterscotch, also known as Antoinette Clinton, won the beatbox championship in Germany. This put her on the map for making beats with her mouth, but she didn’t stop there. She dedicated herself to improving her piano playing, her singing and her songwriting.

This week the Davis native travels to South By Southwest in Austin in search of great exposure, and industry connections.

“It’s always a great opportunity to be seen by different people in the business,” said Butterscotch in a recent phone interview. “The showcase that I’m apart of is going to be the first LGBT showcase at SXSW.”

The giant music festival attracts thousands of musicians from around the world every year. Some just play the unofficial showcases taking place throughout the city and some are playing the official, SXSW sanctioned events. While there have been LGBTQ showcase in Austin during SXSW music festival - this is the first official showcase.

Butterscotch grew up in Davis and went to the Performing and Fine Arts Academy in Natomas. It’s there she really picked up music and beatboxing.

“Being in a creative environment saved and helped my life,” she said.

From Davis she spent time in Los Angeles and Las Vegas, and tours Europe extensively. But now she’s hoping her trip to Austin will help cement her as an artist in her home nation.

“I’d love to get more shows in the US. I’ve done a lot of shows outside, which have been amazing and really opened my eyes – but I really want to bring it back home to where I started,” explained Butterscotch.

With thousands of events competing for attention during the whirlwind of a festival, Butterscotch is confident she can draw and keep a crowd.

“What I do is unique by combining singing, beatboxing, playing guitar, playing piano, looping,” said Butterscotch. “I usually draw people in by beatboxing because that’s the most unusual thing I do. I try to encompass everything I do to make it the best show possible.”

Here’s an interview we did with Butterscotch on Insight back in 2005 after her win in Germany:

Not going to SXSW? You can catch Butterscotch live at Davis Pride on May 3 and The Whole Earth Festival on May 8. 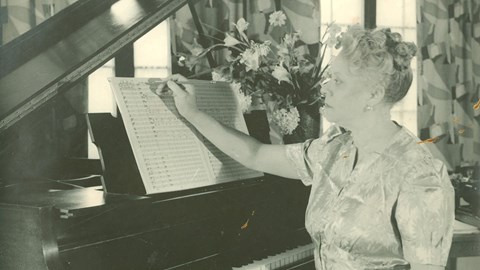